Sophie, Countess of Wessex visited South Africa on Friday, April 10, with Prince Edward, Earl of Wessex, and their two children, Lady Louise and James, Viscount Severn. They were there visiting one of Sophie’s patronages: The Ubunye Foundation – a rural development trust working in partnership with communities in the Eastern Cape to create a more equitable, socially just society.

Sophie said: “It’s very important for my children to see immediately from the moment that they come to South Africa that it’s not just about wonderful, beautiful animals and beautiful scenery. That there is a huge need to support, protect and nurture the communities that live around and within these beautiful surroundings.”

Three things I love: 1) Sophie said a few words, always great; 2) Edward supported Sophie to one of her patronages; 3) they brought their kids along – it’s a page out of the Crown Princess Victoria playbook and I like it. 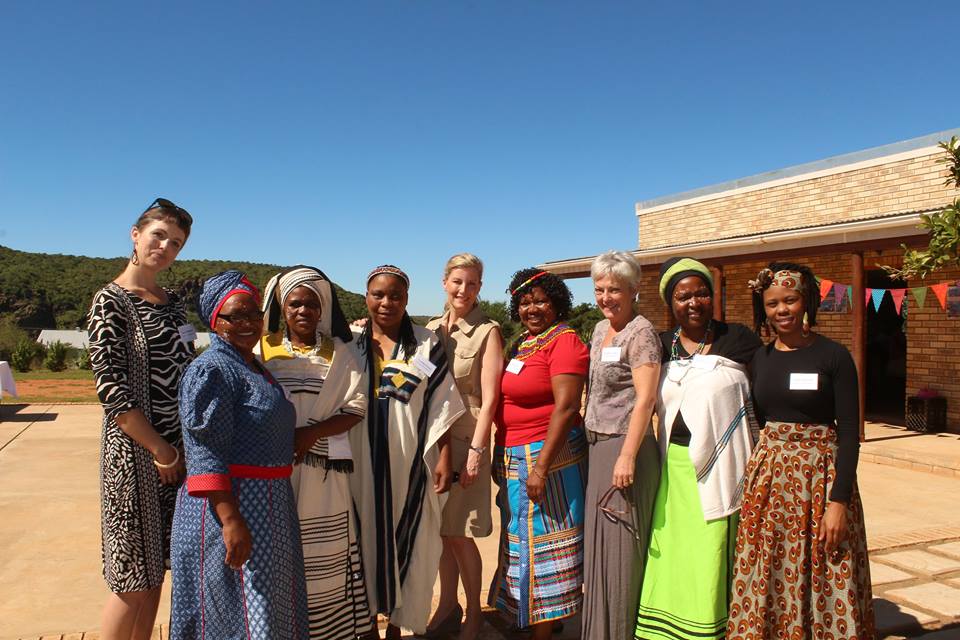 Queen Margrethe‘s 75th birthday celebrations kicked off on Wednesday, April 8 (and will continue next week – the Swedes, Dutch, and Spanish are all attending, no word yet if the Brits will make an appearance) with a lunch reception at Aarhus City Hall. Daisy wore a repeated white outfit with purple and gold jewelry. She was the best dressed of the bunch, in my opinion, though her outfit is a bit obscured by the flowers on the railing. Crown Princess Mary looked fairly boring but she accessorized with a large sapphire, diamond, and pearl brooch. Princess Marie looked a bit better than Mary, and also wore a sapphire, diamond, and pearl brooch (though with a smaller sapphire).

The festivities continued that night at Aarhus Concert Hall with a Gala Night. Daisy wore some amazing sapphire jewelry – earrings and necklace – and a navy dress. She kind of killed the look with the fur coat (though this coat is better than some of her others). Sigh, she needs a fur coat intervention.

Mary and Crown Prince Frederik brought their two eldest children, Prince Christian and Princess Isabella, with them. The boys looked nice in their suit, and Isabella looked cute in her pink dress, but Mary stole the show in a repeated blue velvet Prada gown and a gorgeous new necklace.

Marie and Prince Joachim were joined by his two eldest sons (with his first wife), Prince Nikolai and Prince Felix. Marie wore a pink dress with beading. I’m not a fan of the neckline, but the dress is not terrible.

After taking last week off (with the exception of attending Easter Mass), Queen Letizia was back this week. On Tuesday April 7, Letizia visited the Spanish Red Cross. Letizia held an informational meeting with the new president, employees, volunteers, and partners of the Red Cross. They discussed the activities of the Red Cross in Spain such as social intervention, health and relief, environment, and training; as well as international cooperation and partnership. After the meeting Letizia toured the departments to greet the people working there. Letizia wore Hugo Boss and her Chanel Comète earrings.

On Thursday, April 9, Letizia presented the Scientific Research category of the Princess Girona Award to Samuel Sanchez Ordonez. The Princess Girona Award is intended to distinguish young scientists (including the humanities and social sciences), between age 16 and 35, with projects or research that is entrepreneurial, innovative, and has high potential for future development. Letizia attended on behalf of her daughter, Princess Leonor, who is honorary president of the Princess Girona Foundation. The Prince or Princess of Asturias is always the honorary president of the foundation; so King Felipe used to be honorary president when he was Prince of Asturias, and when he became king and his daughter became Princess of Asturias, the name of the foundation was changed. Letizia wore Hugo Boss again and her Links of London Hope Egg earrings.

On Friday, April 10, Letizia joined her husband Felipe to preside over the ceremony to deliver the 33rd “La Caixa” scholarships to 120 students in order to pursue postgraduate studies at universities around the world. The scholarships are awarded on a competitive basis and cover the full cost of tuition.

Yesterday, April 11, Princess Charlene attended the “Saint Devote Rugby Tournament” in Monaco organized by the Monaco Rugby Federation in collaboration with the Princess Charlene of Monaco Foundation. That same day, Charlene and Prince Albert met with tennis pros Roger Federer and Željko Franulović at the Prince’s Palace of Monaco and had lunch.