On Monday, February 2, Princess Madeleine and Chris O’Neill visited Gävle (Maddie is Duchess of Hälsingland and Gästrikland, where Gävle is located) where they met and had lunch with the Governor, Barbro Holmberg, and 40 guests from the county’s sporting culture and industry (including Prince Daniel‘s parents) at Gävle Castle. They also visited ESRI Group, the leading GIS (Geographic Information Systems) companies in the area, where they learned about GIS and ESRI’s collaboration with the University of Gävle. They then visited Helges recreation center, which offers a wide variety of activities to anyone who wishes to use the center (it’s open to all).

Maddie wrote on her Facebook about the visit: “Today Chris and I visited Gävle together. It was a very interesting and happy day. I’m glad I could share it with Chris.”

Chris said of the visit to the recreation center: “It has been fantastic to work with my wife today, and what these children are doing is incredible. I have never in my life experienced so much talent gathered in one place!” 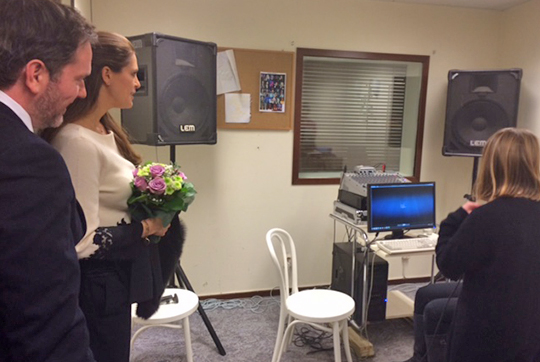 Not everyone was super thrilled with Maddie’s performance in Gävle, reporter Leif Eriksson wrote an open letter to the Royal Court criticizing her for not speaking enough to the reporters. He said in part: “The Princess systematically refuses to allow time for media interviews and questions… To constantly avoid interviews is not in line with Swedish democracy nor in line with what the Royal Court claims to be: a modern monarchy… Waving and smiling is not enough.”

I feel like this is the same criticism we give Kate all the time, and I’m surprised the Swedish press is so willing to openly call out Maddie. I wish the British press were this willing to openly call out Kate. I can’t find a ton of quotes from Maddie, but there were quotes from Chris, so clearly they did answer some journalist’s questions. Hopefully she’ll improve as she is set to do more engagements this year since she’s now living in Stockholm. She’s next set to attend the Official Dinner on the 11th, alongside Silvia, Victoria, and Sofia (and the men, of course). 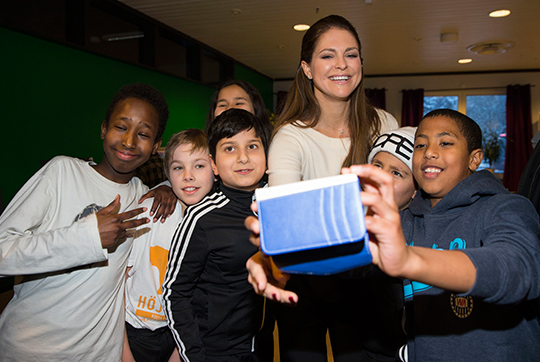 I have to say, I like the way the Royal Court responded. They defended Maddie, of course, but they acknowledged the letter’s complaints and weren’t rude about it. They said in part: “[Madeleine] did answer some of the journalists’ questions, even though we were clear about the fact that this was not a media opportunity. We try to be as open as we can, but of course we have listened to the criticism… There are areas in which we can improve.” They did take a bit of a dig at the other royal houses while defending themselves, saying: “Our royal family is very open compared to other royal families in Europe”. Is it me or are they speaking directly to the Brits?

For the visit, Maddie wore the Dixie Sweater from Tory Burch, black trousers, black jacket with a fur trim and lots of buttons (Kate would love this jacket – so many buttons!), and black booties. I wish there was some more color here besides black and white (Victoria has been doing a lot of black lately as well), but I think she looks nice. Her hair is very pretty. 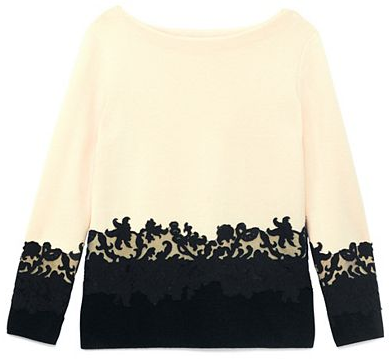 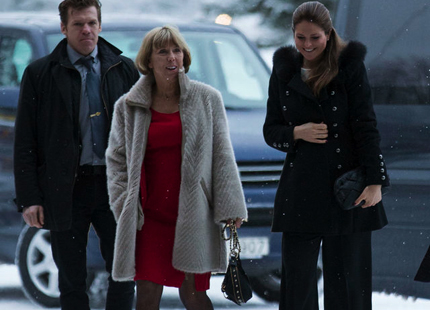 Maddie spoke to Glamour magazine about her work with Childhood. On why she decided to work with Childhood: “One of the girls had been taken while on vacation in Turkey. I realized that it could have been any of us.” On her work since becoming a mother: “I understand even more now how vulnerable these children are, how easily they can get in the hands of someone who wants them harmed.”

In more Maddie news, she and Princess Leonore have officially registered in Sweden, and Maddie will give birth to her second child in Sweden. They will most likely stay in Sweden permanently. 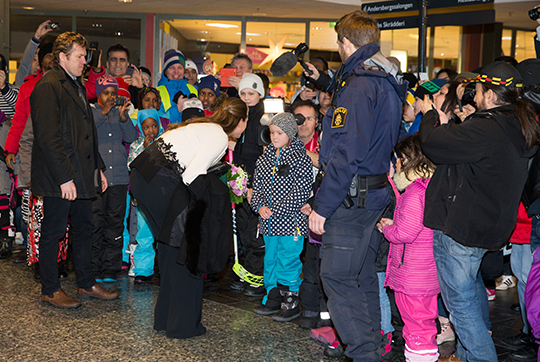 Bump-y photo (except not really because she’s barely showing): 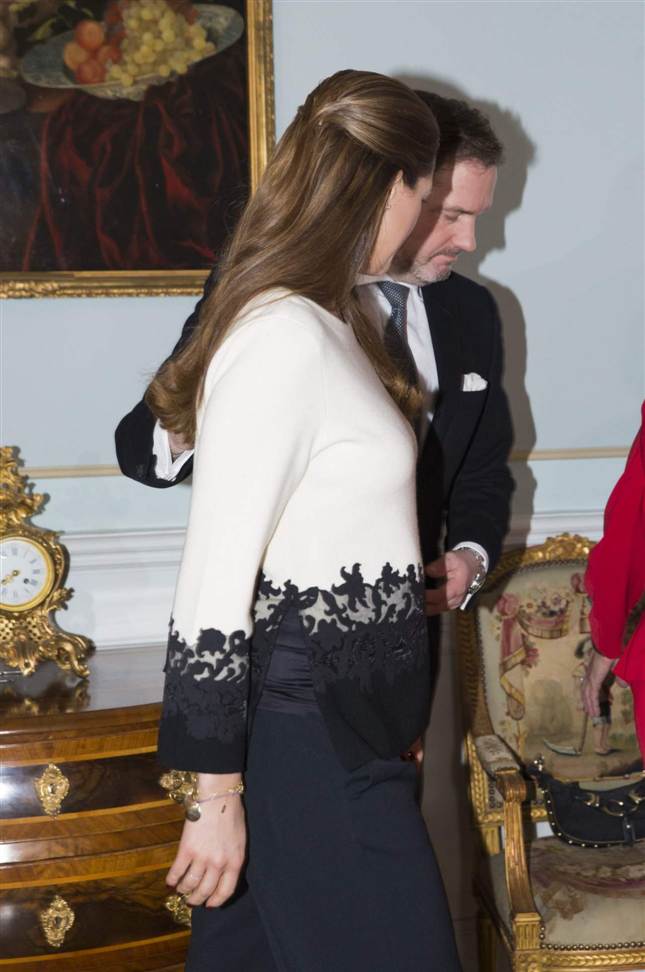