I know we’re good and well into 2015 – what with being almost halfway through January already, my how time flies – but I did want to take a look back at the fashion highs from non-Kate royal ladies in 2014. Because A) why not; and B) it’s an excuse to look at Victoria’s red dress again. I picked my favorites from each royal (and royal-to-be) lady I covered in 2014. The list includes: Princess Madeleine; Crown Princess Victoria; Sofia Hellqvist; Camilla, Duchess of Cornwall; Sophie, Countess of Wessex; Princess Charlene; Queen Letizia; and Crown Princess Mary. I’m looking forward to covering these ladies more in 2015, as well as other royal ladies from other houses I’ve never covered before.

The choices for Madeleine’s best looks were limited in 2014, mainly because she hadn’t been out much due to the birth of her daughter, Princess Leonore, and the fact that she worked fulltime in New York at Childhood. Maddie’s best look came in December when she wore the purple embroidered Fadi el Khoury dress to the Nobel Prize Ceremony on December 10. I know not everyone was in love with this dress on Maddie, and I know it was loose-fitting, but the color looks great on her and I happen to think she looks fantastic.

Not going to lie, Victoria is kind of hit or miss with her fashion. She’s had some stinkers, but great highs as well. Because of how much work she does, she’s given plenty to choose from for her best looks, but there was no competition, honestly. Victoria’s best of 2014 is obviously the Pär Engsheden red ballgown she wore to the Nobel Prize Ceremony on December 10. That dress is so grand and princess-y and absolutely perfect. 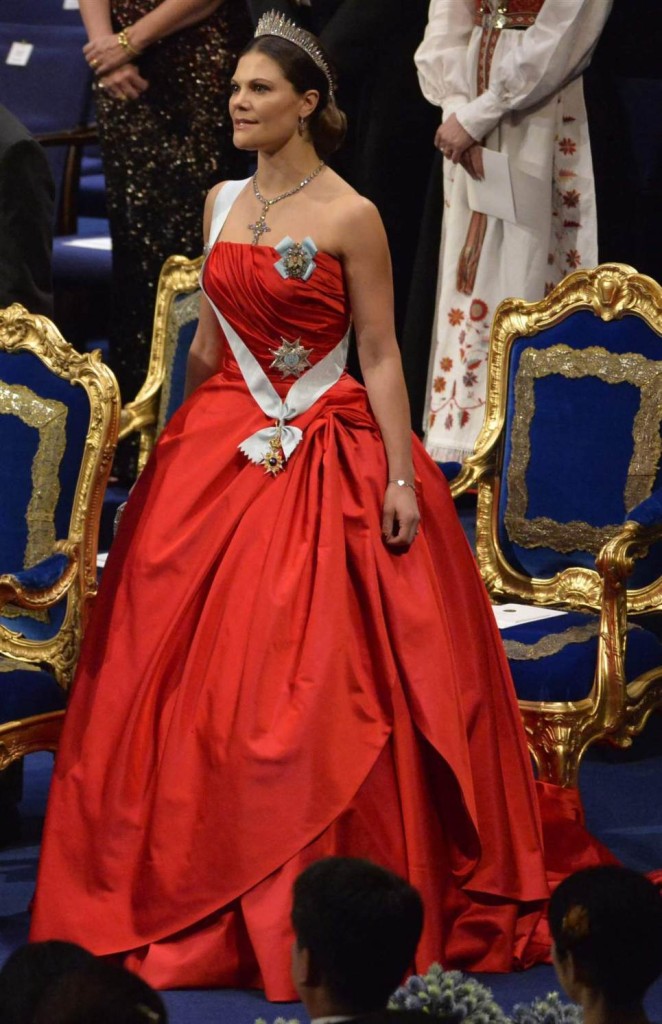 Sofia’s style is still pretty hit and miss, and while she does nice day/cocktail looks her gowns have been this side of tragic. Sofia wore a nice blue Armani dress for her engagement photos, and she wore two nice Roland Mouret dresses this fall, but while those looks are nice, they don’t really stand out. I think Sofia’s outfit for Princess Leonore’s baptism on June 8, with the purple Valerie dress and the white Viktoria Chan coat, was her best look in 2014. 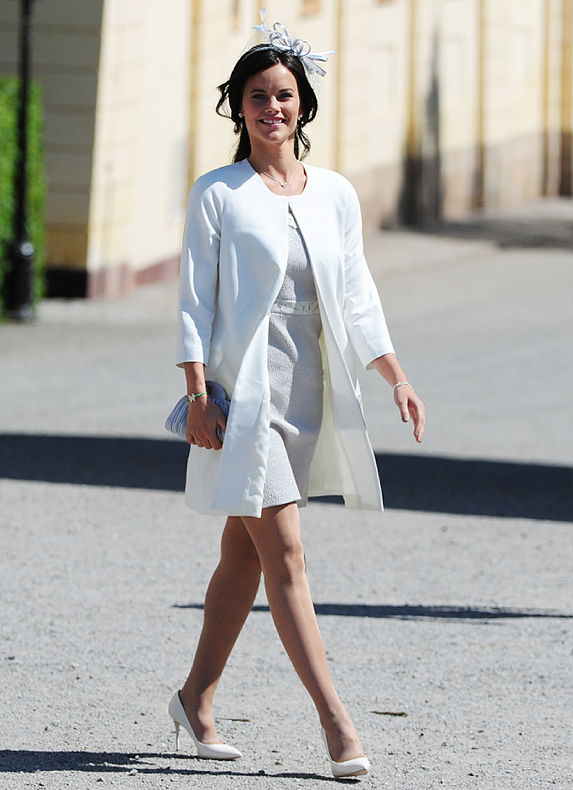 One of my favorite dresses Camilla wore in 2014 seems to also be one of Camilla’s favorite dresses she wore in 2014, considering she wore the same dress four – count them 4! – different times in the year. It’s a red dress with a black lace overlay and three quarter sleeves that falls below the knee. She first wore the dress to the Million Lost Voices Gala Concert on January 21, then wore it to a pre-dinner reception hosted by the Royal Commonwealth Society on March 11, then busted it out again for the 300th Anniversary Gala For St John’s Smith Square on May 14, then brought it back for a fourth outing at the London International Horse Show on December 18. And they call Duchess Kate thrifty. Actually, Camilla rewears her clothes way more than Kate does – like, way more.

My other favorite outfit Camilla wore in 2014 is the fuchsia dress and matching scarf she wore to decorate the Clarence House Christmas tree with Helen & Douglas House children on December 11.

Sophie’s fashion is always lovely and appropriate, but the one that really stood out for me in 2014 came on June 17 when she wore an ice blue Emilia Wickstead dress to Ascot.

Not going to lie, Charlene’s 2014 fashion isn’t my favorite among the royal ladies. I think the pregnancy threw off her style game, because she usually looks great, but 2014 wasn’t so awesome. She’s already redeemed herself in 2015, though, with that awesome Akris ensemble she wore to debut her babies. My favorite outfit from Charlene in 2014 was a pants outfit she wore to the Clinton Global Citizen Awards on September 21 – nice and sharp and business-y but still fashionable.

My choice for Letizia’s best look is a berry-colored shutter pleat dress by Felipe Varela she wore to open the academic year for the University of Castilla – La Mancha (UCLM) on September 30. The dress is actually a repeat from 2009. The black Carolina Herrera gown she wore to Gala Dinner for the President Of Chile on October 29 was going to be my first choice, but that would have been based on the tiara, not the dress, which isn’t my favorite because black lace.

Mary is another lady whose fashion is always lovely and appropriate, but Mary’s best look was definitely the blue sequined Jesper Høvring gown she wore to the BAMBI Awards in Germany on November 13.

I don’t have a poll, but if I had to pick between these ladies, I’d of course have to pick Crown Princess Victoria’s red gown, with my runner up being Crown Princess Mary in that beautiful blue gown.