At the risk of becoming the Swedish Royal Family Review, I’m covering the Swedes again.  King Carl XVI Gustaf and Queen Silvia, Crown Princess Victoria and Prince Daniel, Princess Madeleine and Chris O’Neill, and Prince Carl Philip and Sofia Hellqvist all stepped out for the Swedish Academy Formal Gathering yesterday, December 20, at the Stock Exchange, Stockholm to mark the end of the Academy’s working year. 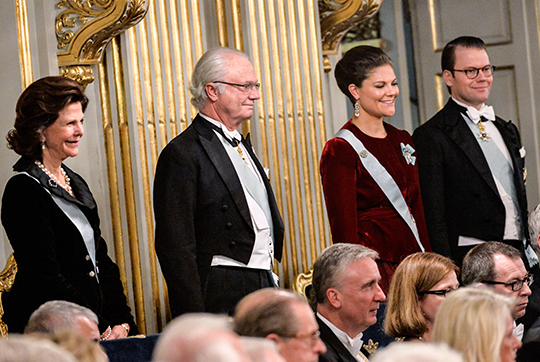 The Swedish Academy was founded December 20, 1786 by King Gustav III to promote Swedish language and literature. The Formal Gathering marks the end of the Academy’s working year; the Director gives an inagural address and they award the Academy Grand Prize. This year’s Grand Prize recipient was Lennart Hellsing. 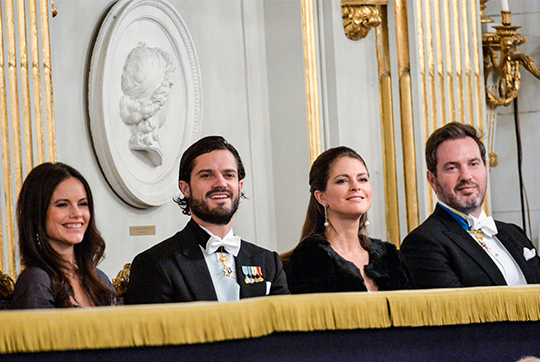 The Director’s speech was mostly about how literary criticism is in crisis. Not only are people losing jobs because of the economy but the newspapers have become more entertainment/celebrity focused. 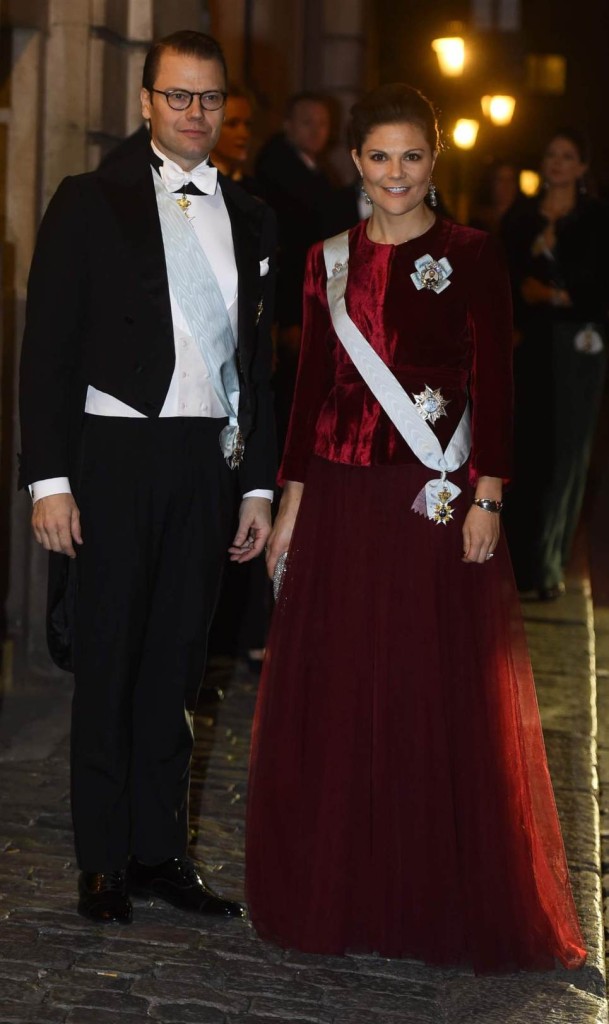 Victoria wore a red dress made of tulle with a red velvet jacket. Love the velvet; not a huge fan of the tulle. Seriously, the Swedes need to get over their love of tulle. Every single one of them has worn tulle in the last ten days. 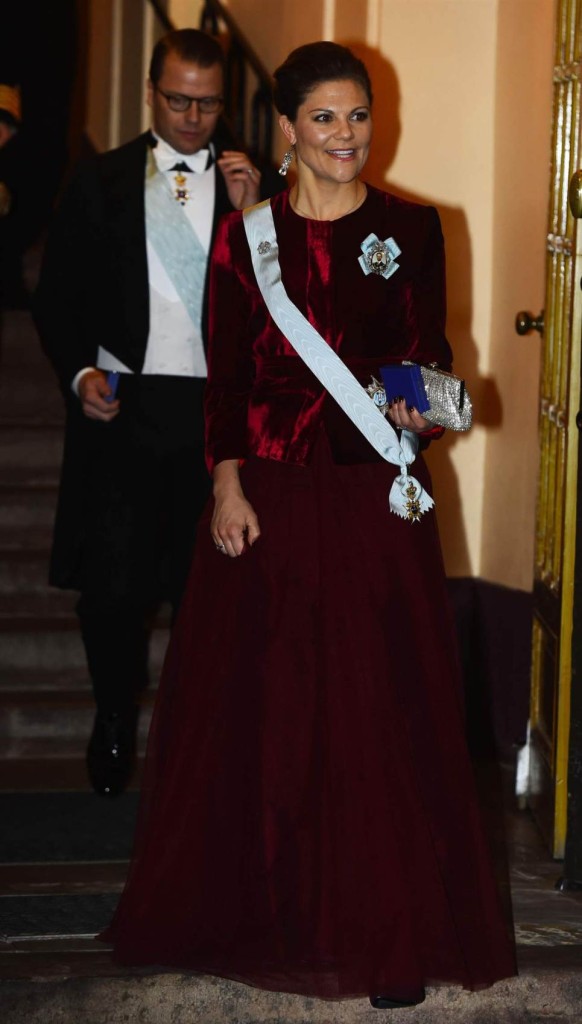 In “updated calendar news”, Victoria and Daniel will travel to the USA in January next year when they visit San Francisco and Silicon Valley from the 19th to the 21st. 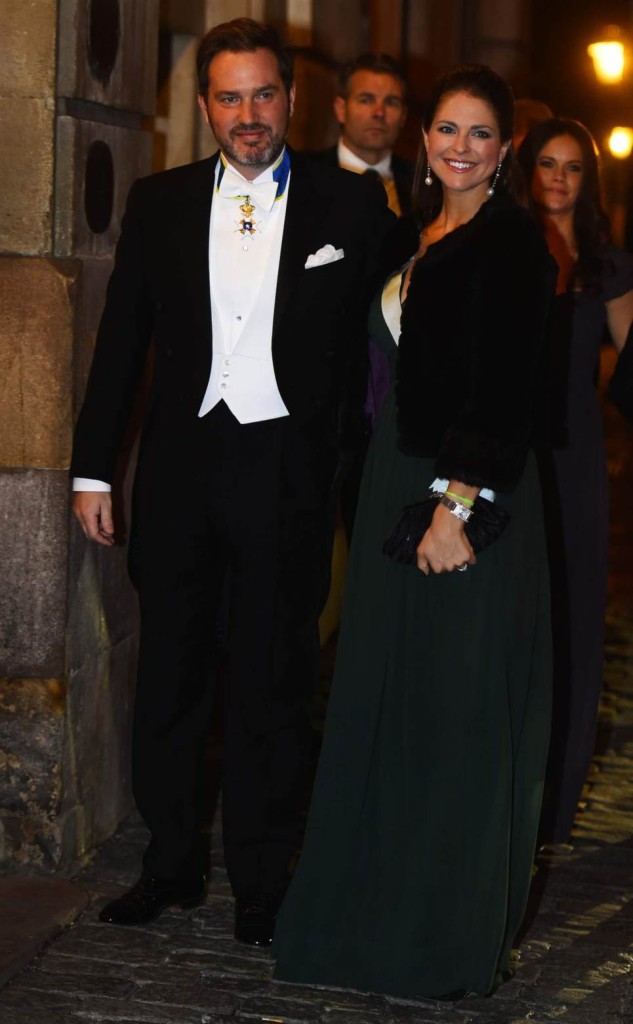 Madeleine wore a dress and jacket from By Malina: the Pleated Sleeveless Dress in green, and the Elsa Jacket in black. This is a fashion repeat for Maddie, who wore this dress last year to Carl Gustaf’s 40th Jubilee Government Dinner when she was pregnant with Leonore. I like the green dress, but I don’t really like the black fur jacket. 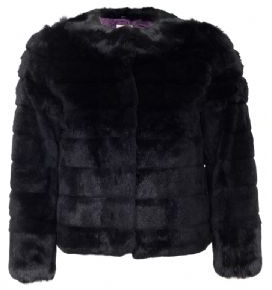 Sofia wore a purple dress with a sweetheart neckline and capped sleeves. She looks nice enough. Nothing really special (hair up and a nice necklace would have been great), but at least she’s not wearing sequins and tulle or a body-hugging nude dress with oddly placed beading. 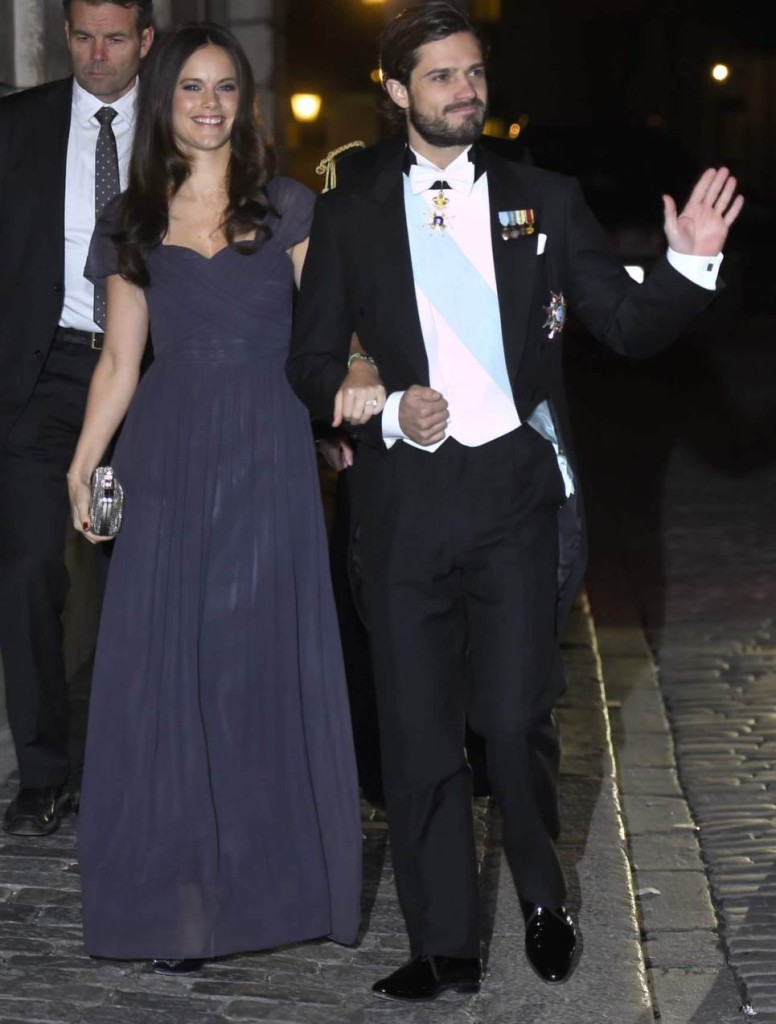 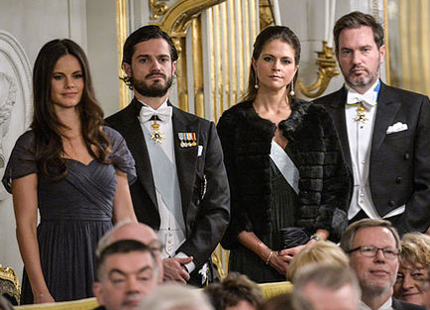 Silvia wore black. Black dress, black velvet jacket, and a fur coat for outside. I’m not a fan of fur. 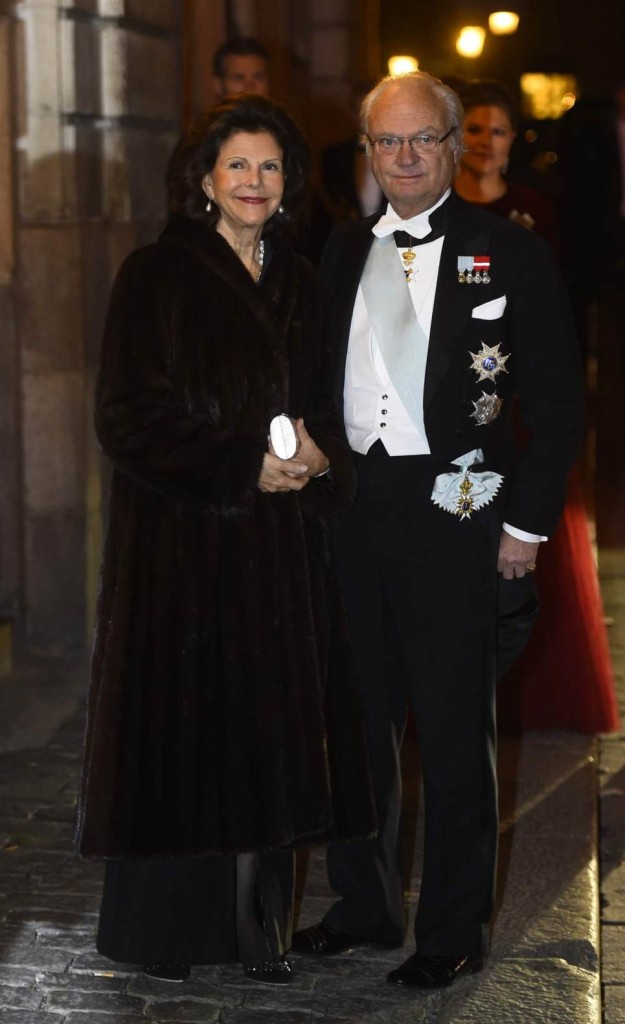 So who looked best?

I’m leaning toward Maddie because I like her in green, but I’m loving the red velvet on Victoria (I wish the entire dress were made of velvet).