As per usual, Prince William and Kate Middleton attended the lunch. William drove himself and Kate into Buckingham Palace without Prince George. Though interestingly enough, William drove himself and Kate and George and Nanny Maria out of Buckingham Palace. So George was sneaked in by Nanny Maria at some point. I guess they didn’t want him photographed as they arrived, because, you know, they just released three new photos of him and that’s all the peasants get! I’m sure William was probably hoping George wouldn’t get photographed as they left, but he did – hahaha.

Prince George arrives with mum and dad for Christmas lunch at the Palace http://t.co/tVPYhUok1O pic.twitter.com/OkDBuo610P

Prince Harry, Princess Beatrice, and Prince Charles were also at the event. No Camilla, though. Hm.

PS. William paid a visit to Centrepoint before the Buckingham lunch. The media were not invited to the event, but Centrepoint Tweeted photos from William’s visit. A palace spokeswoman said: “The Duke paid an unofficial visit to Centrepoint this morning in order to meet some of the young people and show support for the charity at what is a key time of year for them.” 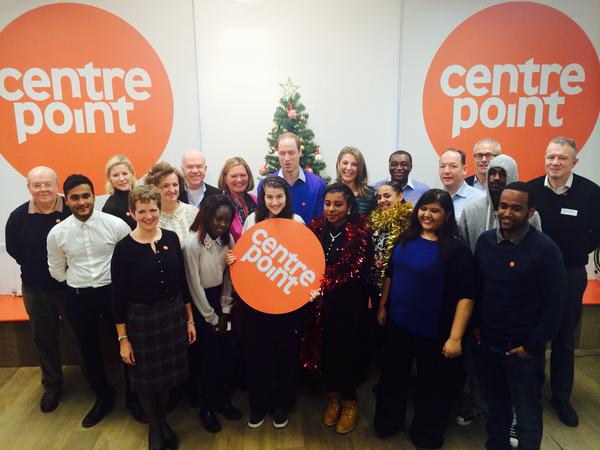 William talked to a young woman who is training to be a hairdresser, and she offered to cut Kate’s hair, which William said was a “nightmare” because it’s so long. Um, didn’t Kate say at some point that she keeps her hair long because Will likes it long? Or am I imagining that? 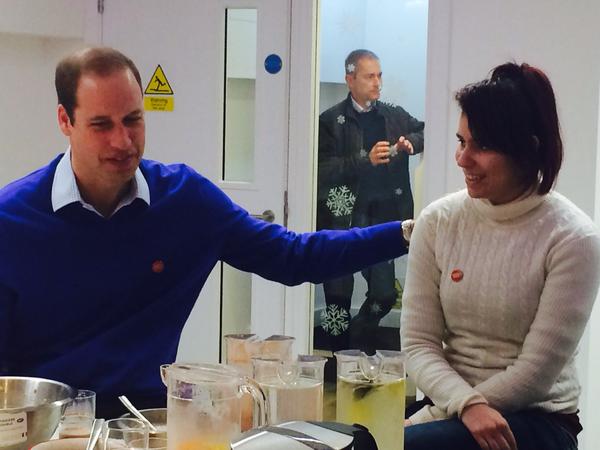 Sigh, why must they take digs at each other? He says she looks like a banana in yellow, and says green is too bright; and she makes fun of his bald spot. Just get along already. 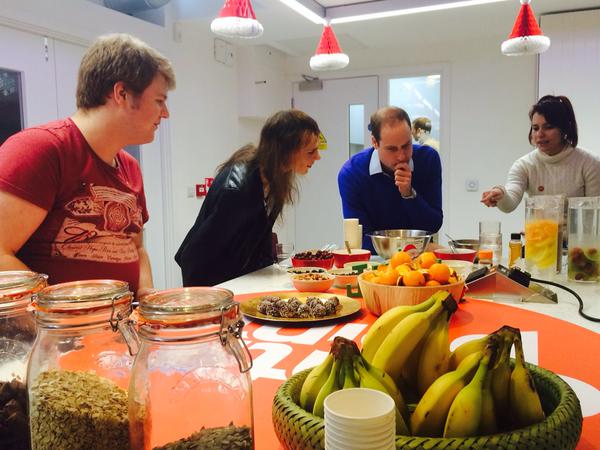