Just when people were wondering when the last time Duchess Kate did anything as a volunteer for the Scout Association, Kate shoves a Scout meeting into her schedule. Kate Middleton attended a meeting (for about an hour) of the 23rd Poplar Beaver Scout Colony in East London yesterday, December 16, in support of the Scout Association’s “Better Prepared” campaign. 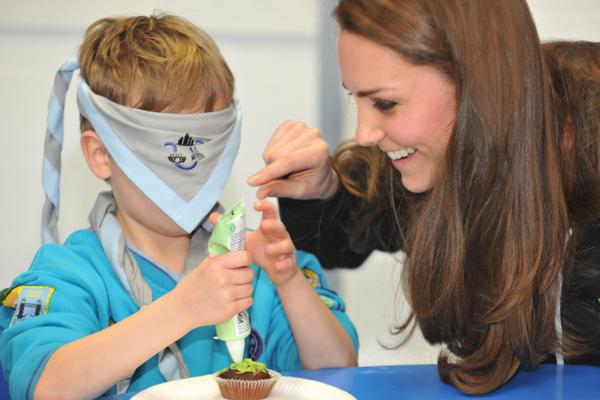 I’m genuinely surprised she made an appearance; I didn’t think we’d see her again until Christmas. I’m guessing this was a last minute addition, seeing as they didn’t announce it until the day before. But, I mean, good for her for proving me wrong. 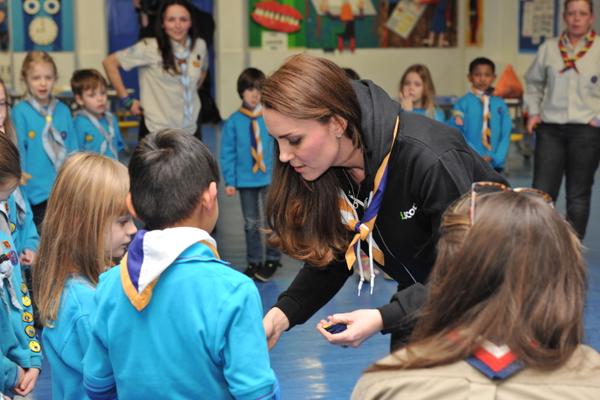 Kate was with the Scouts while they were working on their Disability Awareness Activity Badge and many of the activities were designed to educate the children on the challenges encountered by people living with disabilities. Activities included decorating a cupcake while blindfolded, trying to cut a chocolate bar while wearing boxing gloves, and trying to eat a piece of chocolate using chopsticks. 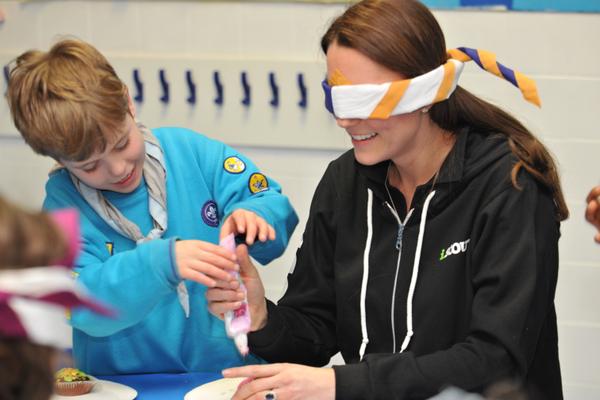 [This kid got bored of helping Kate and at one point walked away. The troop leader had to force him back to the table.]

Apparently Kate muttered, “No pressure”, before using the chopsticks because all the media were watching her. Is that really that hard? Whenever I go to the Chinese buffet I eat everything with chopsticks, including the apple pie and ice cream they have as dessert. It’s super fun. Not easy, but super fun. Picking up a piece of chocolate, though, that seems easy. But I guess it wouldn’t be easy to those who are not used to using chopsticks.  Maybe Kate doesn’t use chopsticks often/ever?  I always thought she’d be the type of person who would be into that, but I guess not. 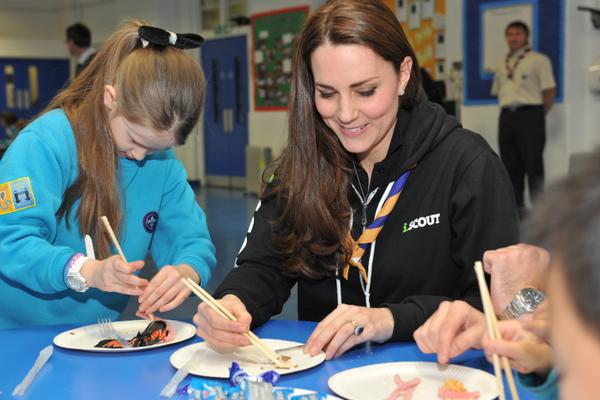 In “The people at Kate’s patronages make comments specifically about things she’s criticized for” news, the troop leader, Carlos Lopez-Plandolit, said of Kate: “It was amazing. She’s really spontaneous. She’s naturally gifted with children. I think she had a great time.” 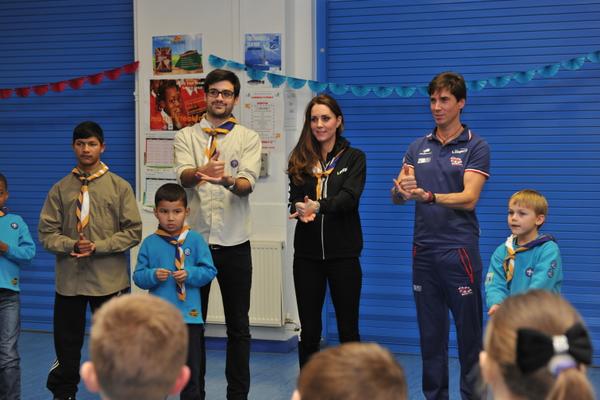 By my count, this is only the fourth pictured time we’ve seen Kate doing anything with the Scouts. Her previous outings include: a Scouts trip with Lupo in May 2012; another Scouts trip on March 22, 2013, this time in the snow; and the Scouts parade viewing at Windsor Castle on April 21, 2013. I found two other People articles talking about how she volunteered with the Scouts in Wales: one about gutting fish dated July 12, 2012; and a second one about knotting dated April 27, 2012. I thought there was a fourth pictured outing where she went camping, from June 2012, but that wasn’t with the Scouts. So, yeah, fourth pictured outing, if I’m not missing anything (please let me know if I am and I will update the post). *Pictured below are the March 2013 and April 2013 outings. 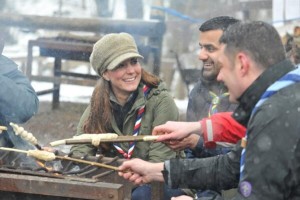 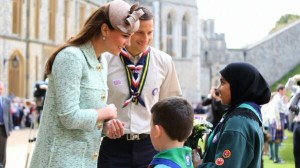 Kate decided to support the Scouts with her sartorial selection for this outing, choosing the i.SCOUT Ladies’ Zip-front Hoodie from the Scouts online store. The store offers the hoodie in three different colors – black, green, and red – but of course Kate chose the black, because she’s in mourning for… something.

Kate also wore black skinny jeans, because of course. She wore her Russell and Bromley Charge-It boots, and brought back her Kiki McDonough Grace earrings that she hasn’t worn in quite a while. 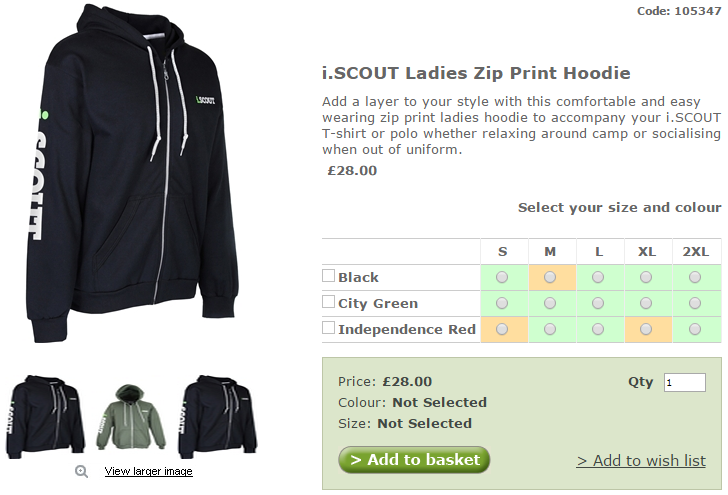 [The red is not pictured, but I’m sure it would have been a much better choice than black.]

Here are some more photos from this outing: 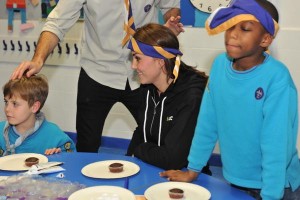 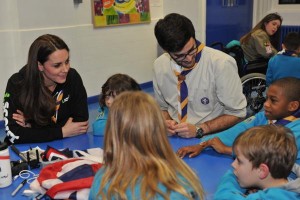 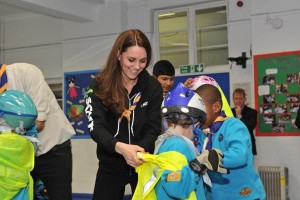 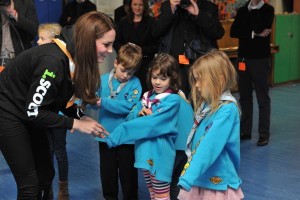