The intruder from last Monday has been identified as Victor Miller, 37.  He is defined as a DJ and sound engineer and claims to have worked with stars including Amy Winehouse, N-Dubz and Tinchy Stryder.  He is being held in a secure mental health unit after being arrested on suspicion of burglary, trespass and criminal damage after scaling a 12 ft fence and breaking through a door.  He will stay in the unit for 28 days for assessment.  It is believed he may have been targeting the Coronation diamonds—the necklace and earrings the Queen wore for her coronation—on display at the palace, or the Royal gallery which includes paintings by artists such as Leonardo da Vinci and Titian.  A 38 year old suspected accomplice was arrested outside on suspicion of conspiracy to commit burglary.

I did mention that another possibility for the break in could be the artifacts in the palace and not the royals—especially since none of the royals were there.  I highly doubt he was after the paintings, since there is no way for him to have gotten them out; but the jewelry is an option.

Here are pictures of the Coronation necklace and the George IV diadem the papers are mentioning.  Photos courtesy of the Royal Collection website. 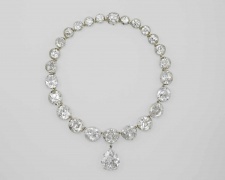 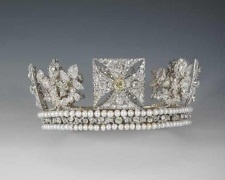 Last Wednesday, Prince Andrew was taking a walk in the gardens of Buckingham Palace around 6 PM and was stopped by security, who mistook him for an intruder, and held at gunpoint.

The Met Police issued an apology: “We are grateful to the Duke for his understanding and have apologised for any inconvenience caused.”  Andrew replied: “The police have a difficult job to do balancing security for the Royal Family and deterring intruders, and sometimes they get it wrong.  I am grateful for their apology and look forward to a safe walk in the garden in the future.”

According to an insider, Andrew is pretty upset about the incident.  I’m not sure what he’s more upset about, being held at gunpoint or not being recognized as Prince Andrew.  While I think being held at gunpoint would be terrifying, Andrew is probably more upset that he didn’t get immediately recognized.  It’s an awful thing to say but there have been rumors for a while that Andrew is not happy that he and his daughters are kind of getting pushed out of the royal family spotlight (they didn’t appear on the balcony during the Diamond Jubilee celebration and it’s said Andrew was pretty upset about that).  …And then I read another article that says exactly what I was thinking, Andrew was most upset about the fact that they did not recognize him.

This has been a pretty bad week as far as palace security incidents that the Met Police are ashamed of.  Incidents like this look really bad. 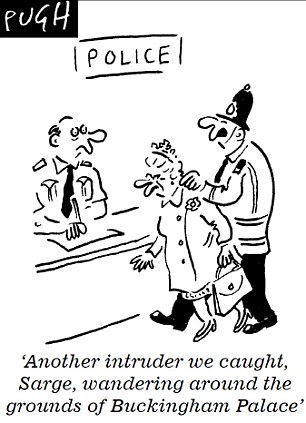