It’s that time of year again, where Prince William, Kate Middleton, and Prince Harry attend some private events and fundraisers for The Royal Foundation of the Really Long Name. 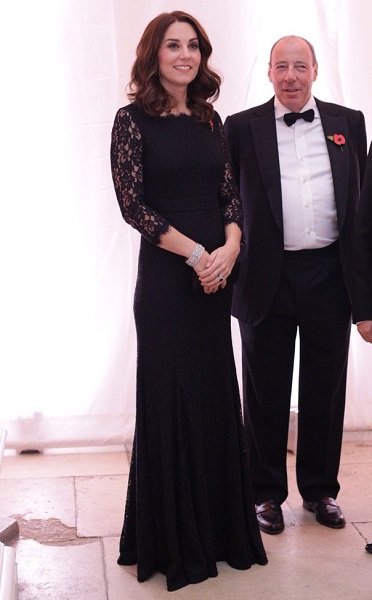 On November 7, William and Kate, as Joint Patrons of the Royal Foundation, attended a reception at Berry Brothers and Rudd. [Online Court Circular]

On November 16, William, Kate, and Harry, as Joint Patrons of the Royal Foundation, attended a dinner at Sunbeam Studios. [Hello]

William and Kate previously visited Birmingham together in August 2011, and previously attended the Royal Variety Performance together in November 2014.

Oh, here’s a little bit of additional Cambridge-related news: According to the Daily Mail, Roger Federer, his wife, and their four kids visited William and Kate at Kensington Palace on Wednesday afternoon, November 15, and stayed for about two hours.