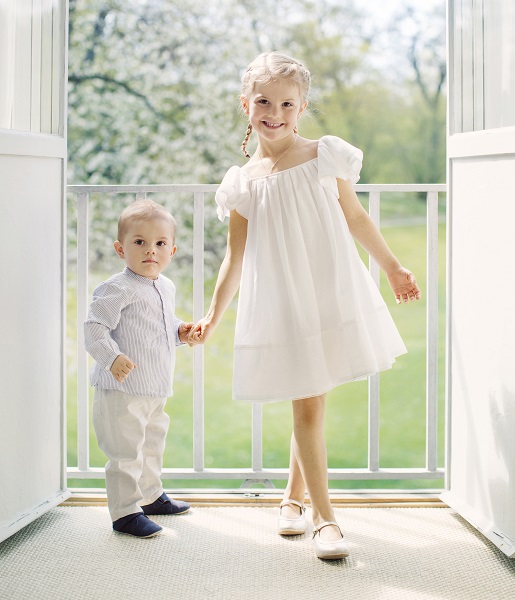 The photos were taken at Haga Palace – the home of the Crown Princess Family – and feature Estelle and Oscar at the window overlooking a blossoming tree, and one of the two sitting on a couch. 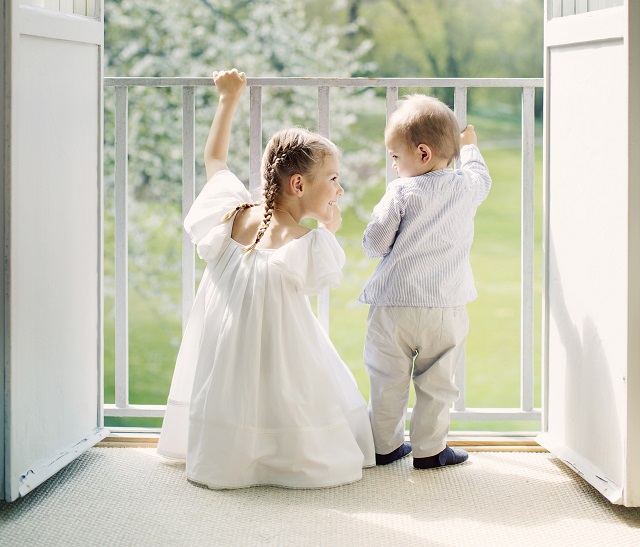 Ahead of her 40th birthday in July, Victoria has given a new interview to TT about her life. The interview was in Swedish; I’ve translated it via Google Translate.

On living at Haga Palace: “I have never had the opportunity to meet my grandparents, so to come here to Haga, which I know meant a lot to them and their children, it feels incredibly special. It feels a bit like getting them closer. An attempt to get to know them perhaps.”

On being a working parent: “There is a lot to keep up with in a day and I really want to be an available mom, present, and a mom who is a good model too. And of course it should be combined with a professional role and it is not always that easy. You miss a lot of nice moments with the kids. I belong to those who are careful to document the children’s upbringing. I’m really trying to actively observe and write down small things that happen.”

On being more present in her kids lives than her parents were in hers: “It is a bit of a different time we live in. There is a greater expectation that you should be at home with the children more. It also helps us that there is an understanding that now that we have small children, we can not go away as much as we can when the children are older.”

On Estelle and Oscar’s personalities: “Oscar is very calm. Observant to the highest degree. A little reserved but fearless. Social and loves his big sister. Estelle is so full of life. Loves people, confident, social, lovely humor, funny. And hugely caring. I have no boring children!”

On visiting the site of the terror attack in Stolkholm in April: “I felt a huge sadness in that it had also hit Stockholm and the open and accessible society we wanted. It was an attempt to understand what it was that hit us. But also, of course, to show my truly sincere involvement in the sorrow that it means to so many people in place.”

On growing up in the spotlight and dealing with anorexia: “It was a tough period. A fairly desperate period, not quite unusual for when you are in that age. I’m grateful that I got help, because it’s not so easy to get out of such a situation yourself, when you feel very bad and have a lot of anxiety.”

On preparing to become Queen one day: “My whole life is about serving Sweden. It may sound pretentious in today’s position to say that. But that’s really how I feel.”

Her parents are a huge inspiration to her: “I see my parents in their tireless work and with what joy they do, with a never-ending interest. I hope I can feel the same joy they do when I am in their age.”

On turning 40: “Time is going too fast. That’s the gist of it. I do not feel at all like 40. But Princess Lilian always said it’s how you feel that counts. In this case, it’s positive, because I do not feel like 40.”

I hate to compare the British to the Swedes, but on the heels of Harry’s Newsweek interview where he basically complained the entire time about having to do royal duties and be a public person, it is so jarring to read Victoria talk about balancing being a parent with doing royal duties and how her whole life is about serving Sweden. There is such a huge difference in how the two think about their roles as royals and deal with those demands. 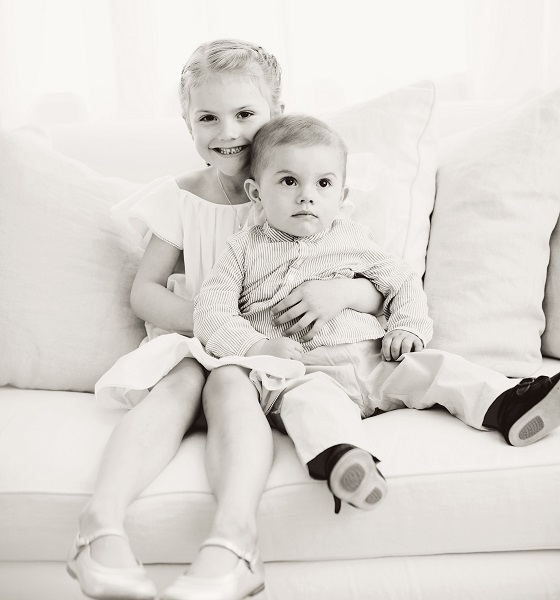 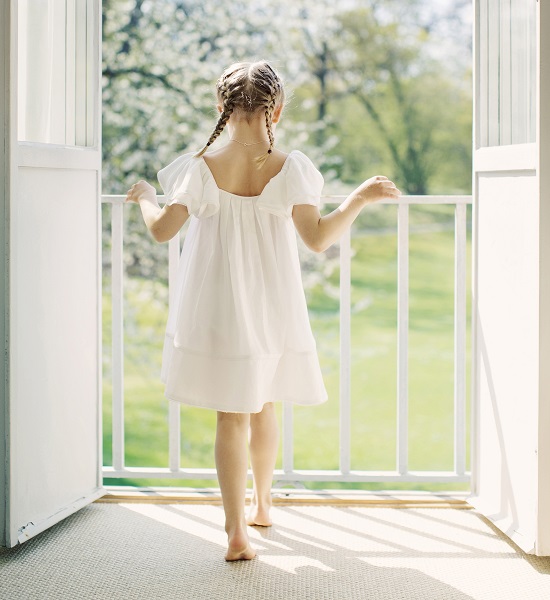