Royal Round Up: Sofia, Victoria, Charlene

Princess Sofia and Crown Princess Victoria have been doing their thing in Sweden, while over in Monaco Princess Charlene brought Princess Gabriella to the Saint Devote Rugby Tournament. 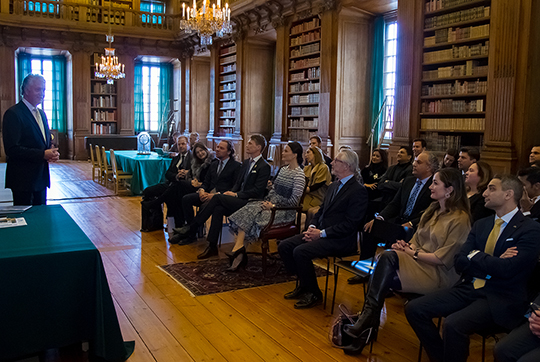 On March 16, Princess Sofia attended a Global Child Forum meeting in the Bernadotte Library at the Royal Palace in Stockholm. The meeting was held on the occasion of the YPO (Young Presidents’ Organization) Dubai visit to Stockholm.

On March 17, Sofia and Prince Carl Philip were in the Husby district in Stockholm to open Fryshuset, an activity center for young people. The royal couple visited different activities which Fryshuset offers, including a cooking class where students made baklava and pizza. Sofia also put on boxing gloves and threw a few punches. The royal couple gave a short speech to open the center.

“Many of you have struggled and worked hard to make Fryshuset Husby a reality. Therefore we are delighted to be here today. Our family’s commitment to Fryshuset goes far back. For example, it is not uncommon for one of the stops on a state visit to be right with you. When we were newly engaged, it was an obvious choice for us to make our first joint visit at Fryshuset. Here young people seen, heard and sense of belonging. It is a great community effort, like Princess Sofia and I would like to support.”

“I agree really. I have several relationships with Fryshuset and have been in Husby with Easy Street. Since then I have seen your business here emerge. Fryshuset is very much about believing in your youth and your own ability. To take advantage of your commitment and the courage to bring different people and different skills. It is not always easy, but it’s how you come out ahead. A warm thank you to Fryshuset for the opportunity to be here today. Now we look forward to continuing to follow your work. We hereby declare Fryshuset Husby for the privy!”

Sofia wore a green Pleated Sleeve Jumper from COS ($99).

Victoria’s sweater is from Chanel and was previously worn by Queen Silvia.

On March 20, Victoria attended the information cabinet meeting at the Royal Palace with King Carl Gustaf.

Here are some photos of Prince Albert, Princess Charlene, and Princess Gabriella, who was not a happy camper, at the Saint Devote Rugby Tournament on March 18 in Monaco.

94 thoughts on “Royal Round Up: Sofia, Victoria, Charlene”