Kate in Chanel for Paris Day 2

Prince William and Kate Middleton spent their second day in Paris, on March 18, visiting the Eiffel Tower and watching rugby.

William and Kate began their day at Les Invalides, which was created in 1670 by King Louis XIV to care for veterans and those injured while fighting for France, to meet veterans and victims of recent terror attacks in Paris. The royal couple met two survivors of the Bataclan shooting, Jessica and Kevin – you can read about their stories here.

William told the two survivors: “We think you are very strong and very brave, you’ve made amazing progress.”

The next stop for the Duke and Duchess was Musée d’Orsay, where they were shown around by the President of the museum Laurence Des Cars.

According to the Express, “Art enthusiast Kate, 35, who graduated with a 2:1 in history of art in 2005, asked lots of questions, particularly about Edouard Manet’s Olympia, a nude painted in 1863.”

William and Kate then visited “Les Voisins in Action”, an event to highlight the strong ties between the young people of France and the UK, at the Trocadéro near the Eiffel Tower where they met young rugby players and children from the British Council’s Somme project and young learners programs. Kate even got to hold a rugby ball.

One mother Kate spoke to said: “Kate was interested in my daughter’s toy monkey she was holding and said that George had a toy rabbit called Bun Bun.”

Oh, and of course, they posed in front of the Eiffel Tower. 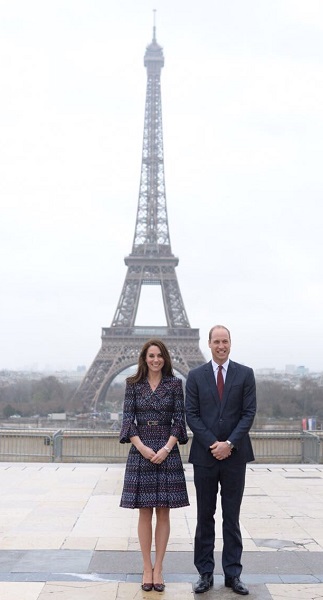 It often seems to me like I’m a lone wolf in the world of not understanding why Chanel is such a big deal. I get that it’s an old brand that many famous women have worn over the years, but whenever I see Chanel pieces I think they are either dated or just plain ugly. I just don’t get the appeal.

So Kate’s bespoke Chanel tweed coat (which is based on a $9,800 coat from the SS17 pre-collection) does absolutely nothing for me. In fact, it reminds me of two coats I loathe: the Missoni “Long Snake Stitch Coat” and the Erdem Resort 2016 coat. The only redeeming quality that this coat has is that it doesn’t look like it’s strangling her. If you have to wear Chanel tweed, fine, but does it have to be dark and depressing?

Also, I can’t stand when brands use their logo as decoration like Chanel and Louis Vuitton do, so this Chanel belt is ugly to me. Kate also carried a burgundy Chanel Calfskin Bag with Enamel Handle from the Fall/Winter 2015/2016 Collection. I still like her Tod’s Fringe Buckle pumps, though. I know Kate’s Day 1 looks weren’t a huge hit, but I like them way better than Day 2’s. Day 2 is so underwhelming.

For jewelry, Kate went straight Cartier with her old watch, new Trinity Earrings (£1,640), and new Trinity Necklace (£1,520). I also don’t understand the appeal of the Cartier Trinity line. So yeah, this whole outfit, aside from the shoes, is a bust for me. 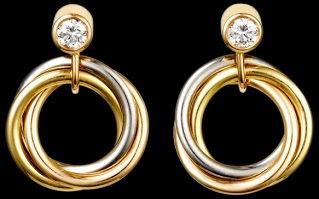 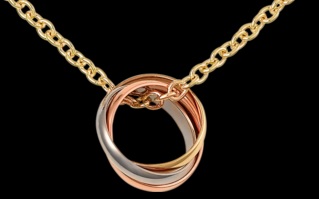 William, as Patron of the Welsh Rugby Union, and Kate then attended the Wales v France 6 Nations Rugby game at the Stade de France.

Kate wore red for the rugby game since she’s there supporting Wales (who lost), opting for her red Carolina Herrera CH AW16 coat which she debuted in Canada. Kate also wore something with a black turtleneck underneath the coat, black gloves, and apparently the black booties she wore in New York. Kate kept the same earrings and purse from earlier in the day.

Engagements where the royals just sit in the stands and watch sports are my least favorite because they typically offer the least interesting photos. Like any other sports event, this one had lots of photos of Kate giving reaction shots and the two of them chatting and smiling to each other. But I love this photo, where Kate gives no sh-ts about what William is saying.