Princess Madeleine reads to children at Nordic library in London

Princess Madeleine undertook an engagement in London on Valentine’s Day, February 14. She stopped by London’s Southbank Centre where she read to children at the newly opened children’s library Room for Children.

Room for Children is a Swedish library and arts studio for the young designed to stimulate their desire for books, music, storytelling and self-expression. A child’s perspective is applied throughout, from the greeting to the interior design and the way books are placed and displayed. The library aims to inspire children aged 0-10 to read and discover. The majority of the books are in English but some Nordic language books can also be found. Room for Children will stay open at London’s Southbank Centre throughout 2017 as part of the ongoing Nordic art and culture festival Nordic Matters.

On the children’s book she’s working on: “I’m working on a separate project, my book project. It’s a children’s book. You’ll see what is is soon. At the moment all I can say that it will be fun.”

On Princess Leonore’s reading: “Previously Leonore had not really had the patience, but now [she wants] more and more books, which is great fun. It is a cozy moment you have together. There will of course Pippi in the beginning.”

On Prince Nicolas’ reading: “[H]e has always loved books! So when you cannot find him… he crept up in a chair and is sitting with a little book himself. He will probably be a bookworm!”

On living in London: “We’re all very happy in London right now. This is where Chris works and has his business. But it’s not set in stone that we will be here forever.”

On Chris dealing with the pressure of being a royal spouse: “I think he understands more and more how to handle it. It was a bit difficult in the beginning. He is much of an emotional person, so it was a little difficult at first. But now I think he handles it very well. But there’s a difference now that we live here in London, for it is not the same pressure when going down to the city and do something.”

On moving back to Sweden at some point: “Chris likes to be in Sweden, he has many friends there, and he likes the Swedish culture and food. So I absolutely believe that we will end up in Sweden to end. It’s just a question of when.”

I want to know more about the children’s book project she’s working on.

Madeleine posted a message on her Facebook page about the visit, saying: “I had so much fun today opening the ‘Room for Children’ at the Southbank Centre in London” 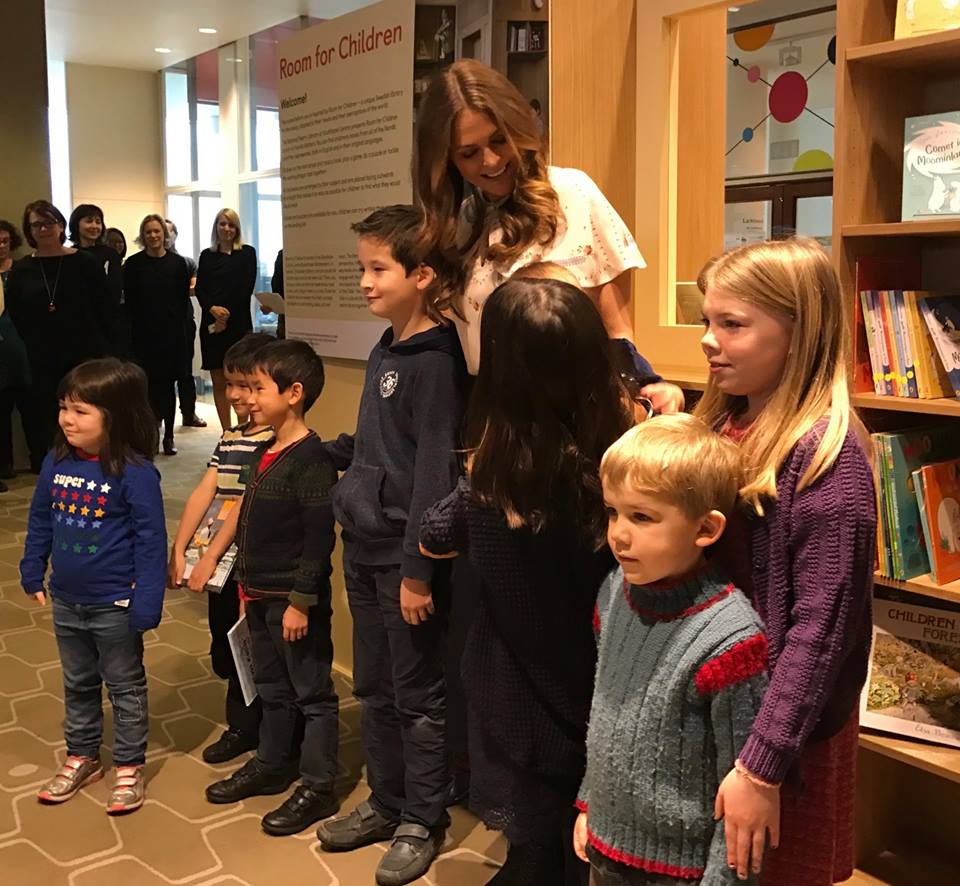 Madeleine wore a new top from Vilshenko. Maddie’s shirt seems to be a combo of two different shirts: the Floradita blouse and the Lily Rose cape blouse. She paired the top with a new black pleated skirt from Valentino, and boots from Miu Miu.

This is a big fat no from me. I’ve seen several Vilshenko pieces on various royals now, and this is a brand that I just don’t like.

Here is a short video of Maddie arriving at the library.

Madeleine posted the below photo of Princess Leonore to her Facebook page recently with the caption: “Leonore and I exploring sights of London!” 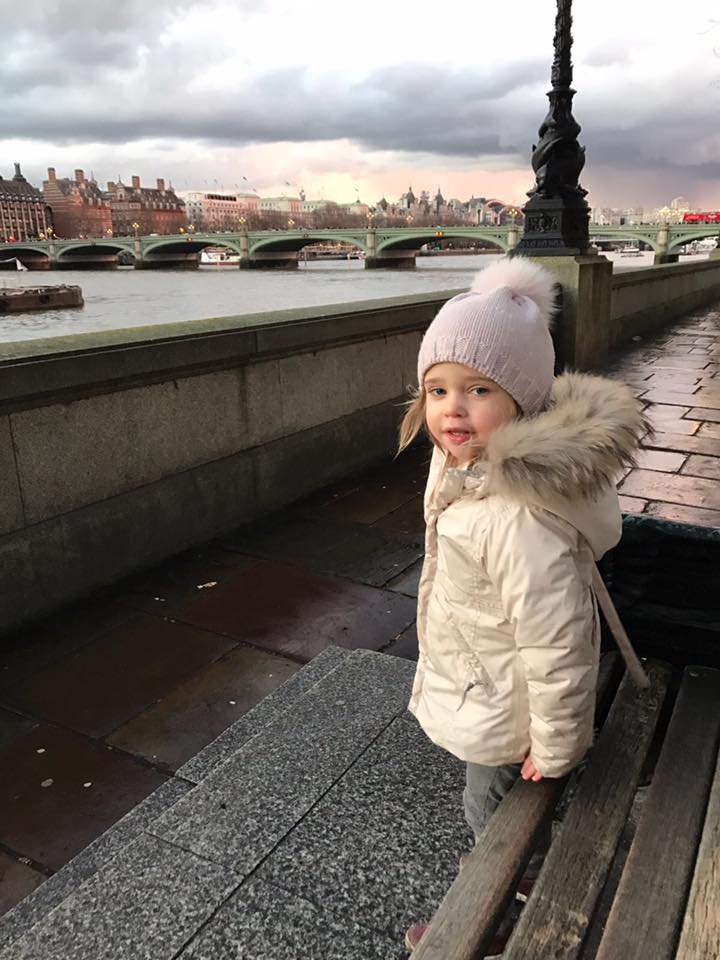