The Swedish royal court dropped two new photos of the Crown Princess Family on us yesterday, with Crown Princess Victoria, Prince Daniel, Princess Estelle, and Prince Oscar all featured. Plus Prince Carl Philip and Princess Sofia participated in the launch of their Foundation’s podcast. 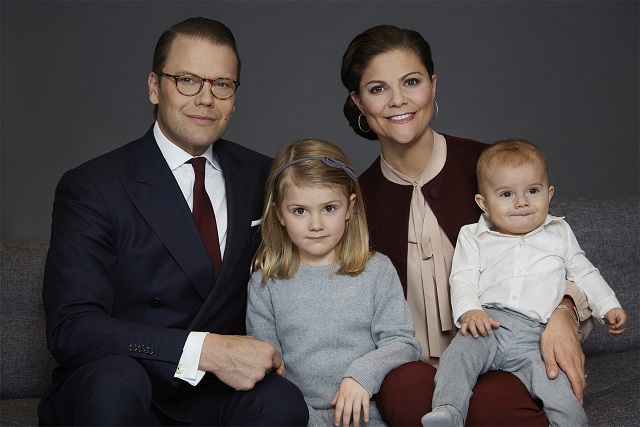 The first photo features the entire Crown Princess Family, while the second photo features just Estelle and Oscar coloring. I love the one of the kids coloring on the floor.

By the way, Victoria doesn’t have any events scheduled until March 6. The last event she did was on December 20 when she attended the Swedish Academy’s formal gathering. If she doesn’t make a public appearance until her March 6 one, she’ll have taken 11 weeks off from public engagements. 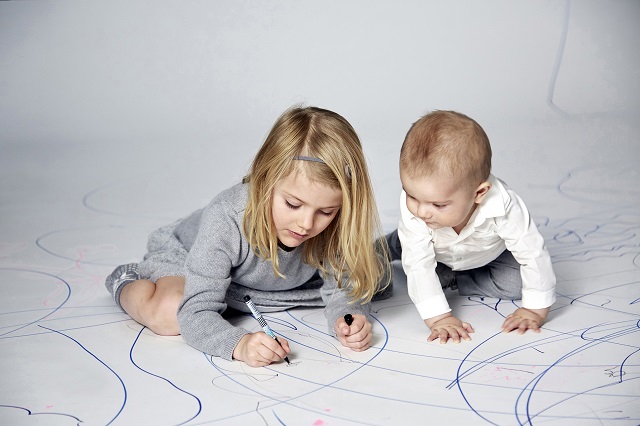 On Wednesday, February 1, Carl Philip and Sofia attended the launch of the new podcast Jakten på likes. The podcast is created by the Prince Couple’s Foundation with Linnea Holst and Isa Galvan as hosts. 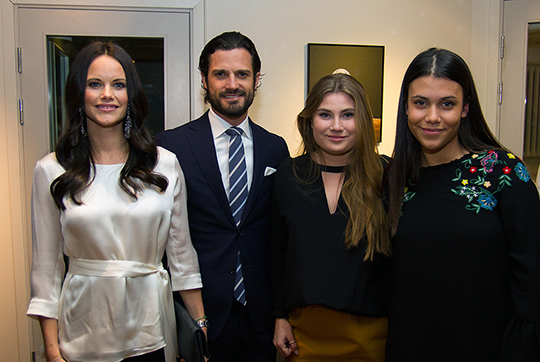 At the launch, both Carl Philip and Sofia spoke about their personal experiences with online bullying and how that was a driving force in them wanting to use their platform to help others. Annoyingly, the Swedish royal website isn’t as great about posting transcripts of the royals’ speeches as the British one, but they did provide a small excerpt of what Carl Philip said. Among other things, he said:

“I think most of us find it difficult to imagine life without the internet. There are so enormously positive! But as with everything, there are both bright and dark sides of the net. We ourselves have been exposed online. It has become a strong driving force to help others who are vulnerable. And that is precisely why we chose to work with this in our foundation.” 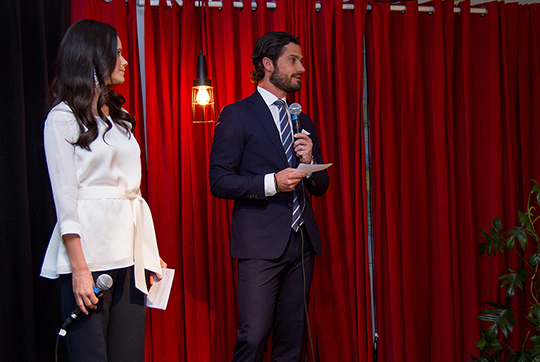 For the first podcast in the Jakten på likes series, Carl Philip and Sofia were the guests. You can listen to the full podcast here. The whole thing is a little under 30 minutes and in Swedish. I can’t understand what they’re saying, but People has a few quotes from them talking about their personal online experience.

“I know the difference from before I met Carl Philip and after our relationship became public. Early on I suffered enormous cyber abuse. It was a bit like walking into a wall. It hit me very hard. But the experience has helped me understand what young people are exposed to daily.”

Sofia also said that she received “so much hate” that she had to shut her personal social media accounts down. But then she talked about how her personal solution to the problem isn’t practical for today’s young people.

Carl Philip talked about the aftermath of his 2013 flub at the Swedish Sports Gala: “I got a huge amount of comments and some threats. It can be hard to turn the volume down.”

“After our wedding people made some very very nice comments, including some compliments about us as a team. That’s one reason why we stand here together to face this particular issue. We are a good team and we will make a difference. It’s easier to write something nasty comment than to write something positive. But while näthat (online hatred) is real, so is nätkärlek (online love).”

I wish I knew more of what they said, specifically about Sofia’s comments about how shutting down one’s social media pages isn’t a practical solution for the majority of people who experience online bullying or abuse. Because I agree with that and would like to know more about her thoughts on the subject. I’d also like to know more about the kind of online abuse they both received. The quotes make it seem like Sofia’s was directed specifically to her on her personal social media accounts, but were Carl Philip’s? Or were they just comments under news articles and on blogs that he happened to read? I’d like to know.

PS. Carl Philip and Sofia took part in a board meeting for their Foundation on January 30.