The royal trio was at Queen Elizabeth Olympic Park to take part in Heads Together’s training day for 150 runners who will run the London Marathon for one of the Heads Together charity partners. 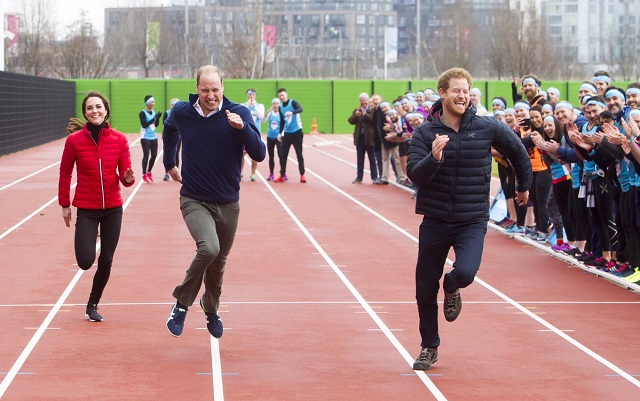 They joined some runners on the track to chat for a few minutes before participating in a relay. I’m not sure what the relay was for other than to give photographers some nice photos.

Then the royals went inside the arena to chat with some more runners. William gave a speech. The BRF website hasn’t put the full transcript online, but here’s an excerpt of what Williams said:

“We want to normalise mental health, we want to get people talking about it to make it more normal, to reduce the stigma and by what you guys are doing and having so many of you here today we’ve already seen the benefit of joining in by being a part of this marathon. We want to make it the mental health marathon so that we can get more people talking and break down the stigma.”

Kate paired her black turtleneck and black skinny jeans with new New Balance Vazee Transform sneakers (hers are in a custom colorway).

Kate’s earrings are new: Asprey “167 White Gold Earrings” ($3,500). The earrings are described as “Pavé diamond 167 Button earrings with a central amethyst stone, all set in 18ct white gold”. The earrings match Kate’s necklace from the same line which she’s had for many years.

Why anyone would wear $3,500 earrings to a sports training day is beyond me, but okay. I saw Kate’s Cartier watch poking out from underneath her sleeve, too. 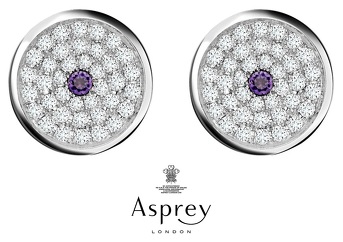 There is some nice banter between the three royals in this video of them running the relay.

William’s pants were also ridiculously tight when he was running.