Kate Middleton joined The Queen and Prince Philip for a reception yesterday, February 27, at Buckingham Palace to launch the UK-India 2017 Year of Culture. Prince William came out of hiding after a two week absence from royal duties to attend as well. 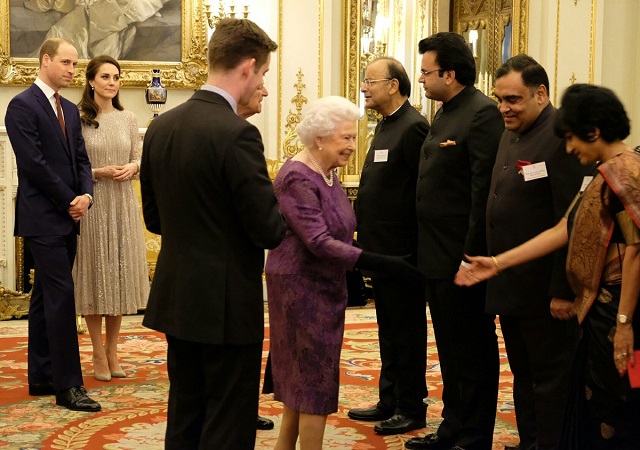 HM, Philip, William, and Kate were joined by Prince Edward, Princess Eugenie, the Duke and Duchess of Gloucester, and Prince and Princess Michael of Kent to host many people from various fields of work including performing arts, fashion, food, literature and sport in order to celebrate the deep cultural ties between the UK and India, as India celebrates it’s 70th anniversary of Independence.

At the reception, there were Indian-themed performances and a special Indian menu of canapés made by Royal chefs working alongside chefs from Veeraswamy, the UK’s oldest Indian Restaurant. 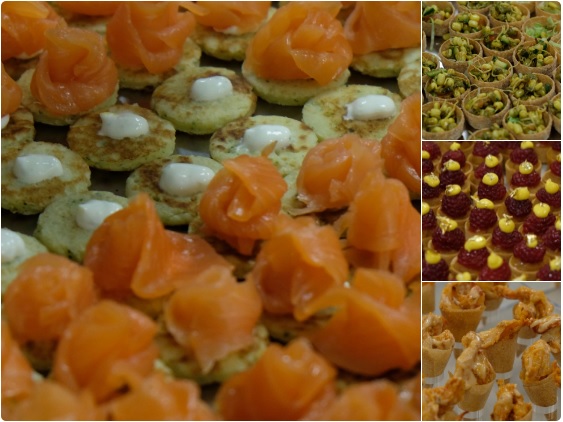 A Royal Collection display also gave guests a chance to see items from Royal visits to India, as well as gifts and manuscripts from the Royal Library.

A huge projection was designed for the front of Buckingham Palace which featured a peacock made of dancing figures. The peacock is celebrated as the national bird of India.

Kate wore yet another new dress for this reception.

Kate opted for Erdem again, choosing the “Rhona” dress in silver metallic (which originally retailed for £900). Crown Princess Mette-Marit actually wore this dress in Canada back in November 2016.

My hate for Erdem is well documented, but I actually don’t dislike this one. On a scale of dumpster fire to gorgeous, this dress lands squarely in the pretty side of things.

The Queen wore a purple Stewart Parvin dress and the Kent Amethyst Brooch.

Rebecca Deacon was at the reception with Kate. Not sure why she was hovering so much.

149 thoughts on “Kate in shimmery Erdem for UK-India reception”