Kate Middleton sends letter of thanks to Telegraph Christmas appeal

I completely missed this but Heads Together was one of three charities chosen by the Telegraph as part of their Christmas charity appeal, which is an annual appeal with readers to raise funds for charity. Now, Kate Middleton has sent a letter on behalf of herself, Prince William, and Prince Harry to thank the Telegraph readers for their donations.

It was announced back in November that the three charities chosen for 2016 were Heads Together, Blue Cross, and Roald Dahl’s Marvellous Children’s Charity. At the time, the Telegraph wrote that these three charities were chosen “as organisations of proven effectiveness, and as causes which, bolstered by extra funding, have the potential to make significant strides in their particular specialisms.”

The Telegraph wrote of Heads Together that “Funds raised for the Heads Together campaign through the Telegraph Christmas Appeal will be used to support all eight charities [that Heads Together supports] in their vital work in tackling stigma, raising awareness, and providing vital help for people with mental health challenges.”

Following the success of the appeal, Kate has sent a letter to the Telegraph to thank their readers for their donations. Kate wrote a quick two sentences:

“Telegraph readers’ support for the Heads Together campaign has been fantastic. William, Harry and I are working to change the conversation on mental health from one of stigma and fear to one of support and openness.

“Your generosity will make a big difference in the lives of so many people. Thank you so much and Merry Christmas!”

I would comment on Kate’s letter, but it’s so short that I have nothing to comment on. Instead, I’m going to, once again, call out KP and Jason for their incompetence. KP never once said anything about Heads Together being a part of the Telegraph’s Christmas appeal, and they didn’t release Kate’s letter either. Why not use this opportunity to promote not only Heads Together but Kate as well? It’s just a wasted opportunity. That’s the story of Jason’s life, of Kate’s life: wasted opportunity. Get your act together, guys; come on. 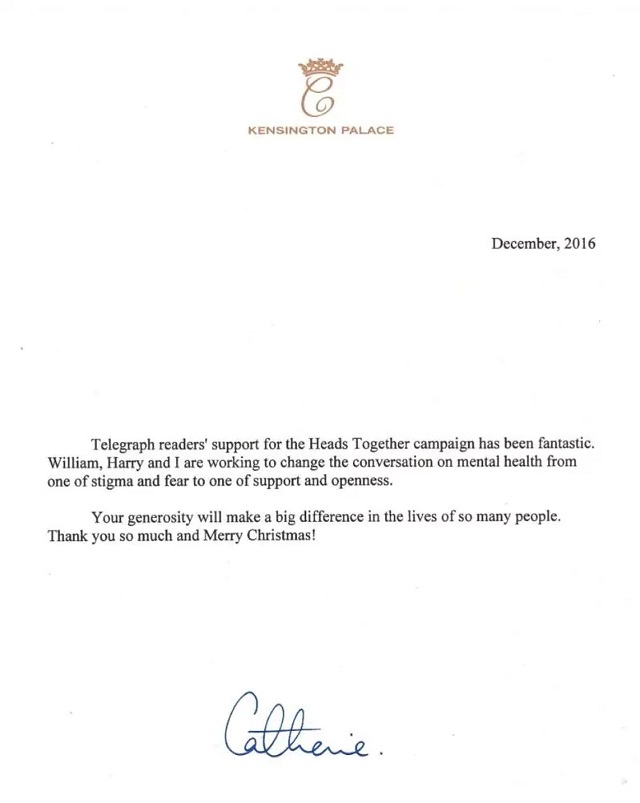