Kensington Palace released a stubbed out itinerary for the upcoming Cambridge tour of Canada. Prince William and Kate Middleton will visit British Columbia and Yukon from September 24 to October 1. KP did not confirm whether George and Charlotte will go.

Victoria, the capital city of British Columbia, seems to be their base while they travel to various parts of the country for their 8-day tour. Nothing specific about the itinerary has been released, just a basic idea of where they will be on which days.

Bella Bella is a reserve for the Heiltsuk Frist Nations people of Canada, the Great Bear Rainforest is a temperate rain forest, and Haida Gwaii is an archipelago off the coast of BC. The rest of the places on the list are cities.

Here’s a map I made in Google Earth of the locations of the Cambridges’ tour itinerary. 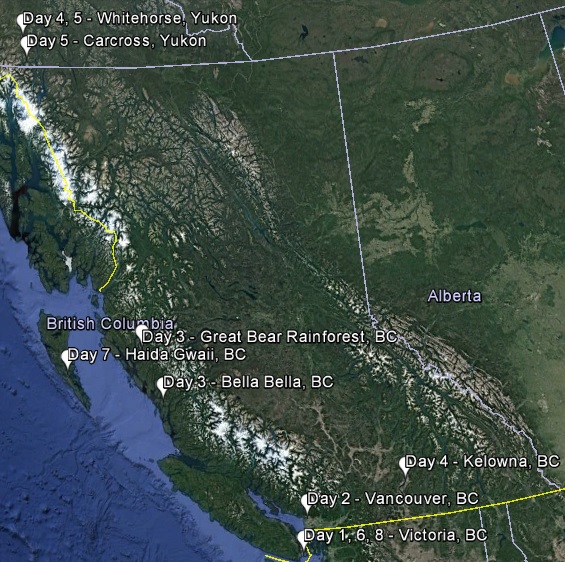 Also yesterday, Kensington Palace released a message from William, Kate, and Prince Harry to Team GB congratulating them on their Rio Olympics success:

“Congratulations to Team GB on your record-breaking success at Rio 2016.

“We have really enjoyed following your achievements across such a wide variety of sports during the last two weeks. London 2012 was a hard act to follow, but you have made the entire country proud of everything you have accomplished.

“You should arrive home knowing that you have delighted millions of people across the Home Nations, many of whom have stayed up late, night after night, to share in your celebrations.

“We all know that this success does not come easy and is the culmination of years of hard work, passionate commitment, sheer grit and determination. You are an inspiration to us all, young and old.

“To everyone associated with Team GB – well done! We hope you have all enjoyed the experience as much as we have back home.” 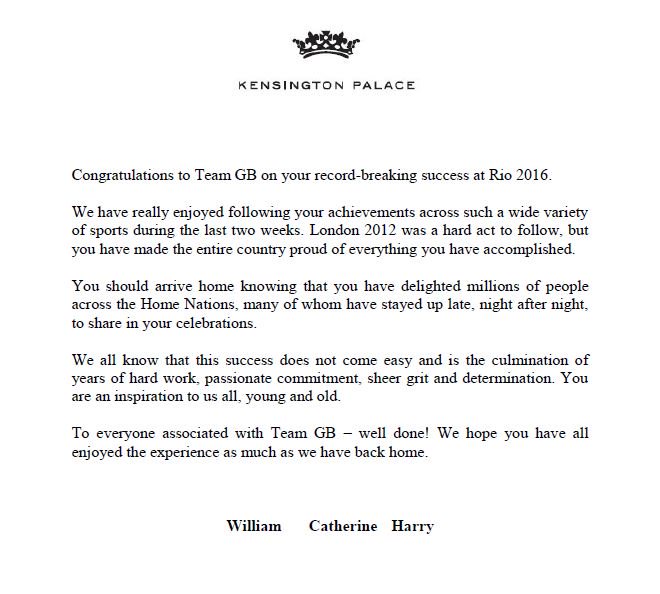