The Kensington Palace Twitter account dropped this on us this morning: Prince William, Kate Middleton, and Prince Harry in a video to launch the #HeadsTogether mental health campaign which the trio are spearheading. 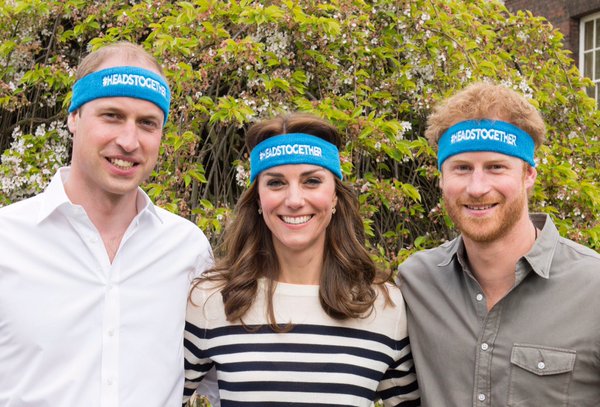 Heads Together is a new campaign which brings together seven charities focused on mental health: Mind, CALM (Campaign Against Living Miserably), Place2Be, YoungMinds, The Mix, Best Beginnings, and Contact (two members of which are Help for Heroes and Combat Stress). The campaign is backed by The Royal Foundation of The Duke and Duchess of Cambridge and Prince Harry.

The campaign is aimed at building on the work that the charity partners already do in order to break down the stigma and change the conversation around mental illness so that people feel more comfortable with seeking help for their mental wellbeing.

Heads Together is the 2017 Virgin Money London Marathon Charity of the Year and will have a team running in the marathon which will take place in April 2017.

This campaign is the biggest project William, Kate, and Harry have undertaken together. 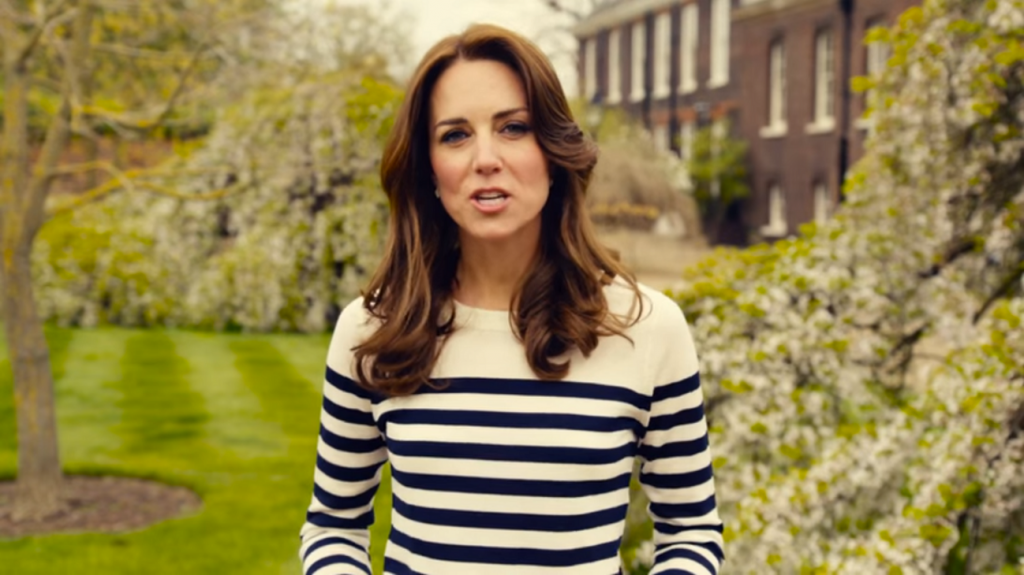 In the video, which features runners representing all the charity partners and was shot outside Kensington Palace on April 21, each royal says a line:

Harry says: “We can all play our part by talking and listening to each other, and helping each other find support.”

William says: “Let’s get our heads together and change the conversation on mental health.” 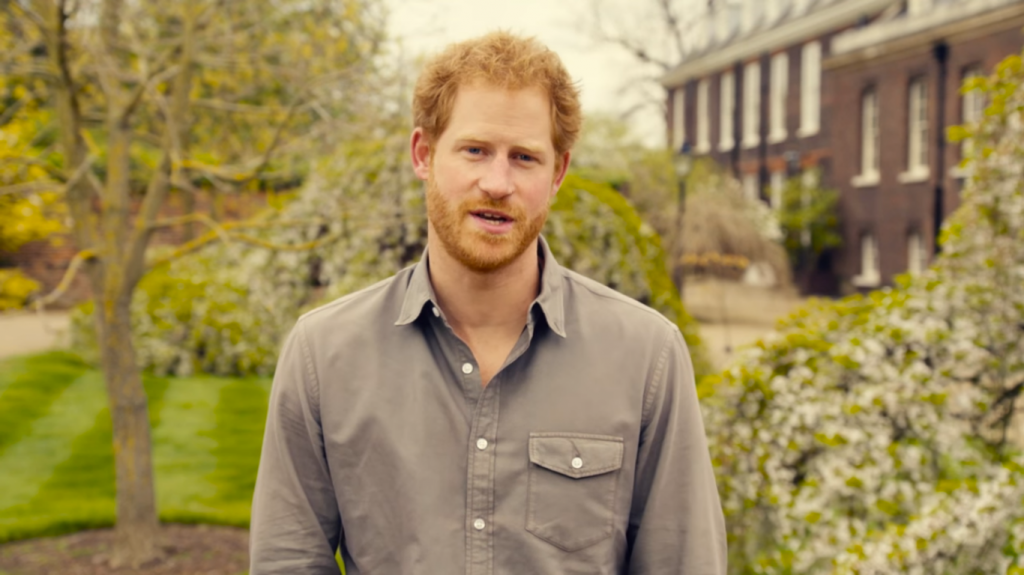 “Through their work with young people, emergency response, homeless charities, and with veterans, Their Royal Highnesses have seen time and time again that unresovled mental health problems lie at the heart of some of our greatest social challenges.

“They are passionate about tackling the stigma surrounding the issue. Too often, they have seen that people feel afraid to admit that they are struggling with their mental health. This fear of prejudice and judgement stops people from getting help and can destroy families and end lives. They want to help change the national conversation.” 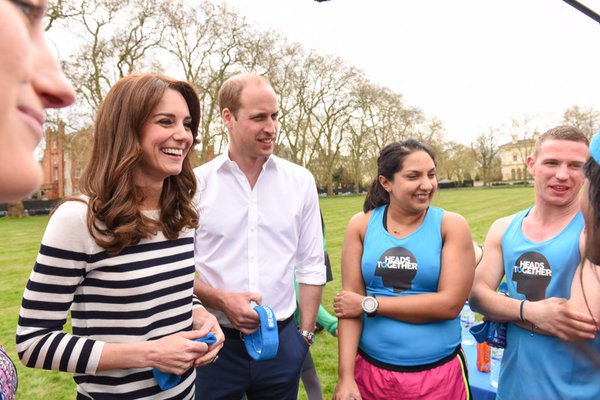 The “About Heads Together” section is written as if it were written by William, Kate, and Harry and features their signatures. 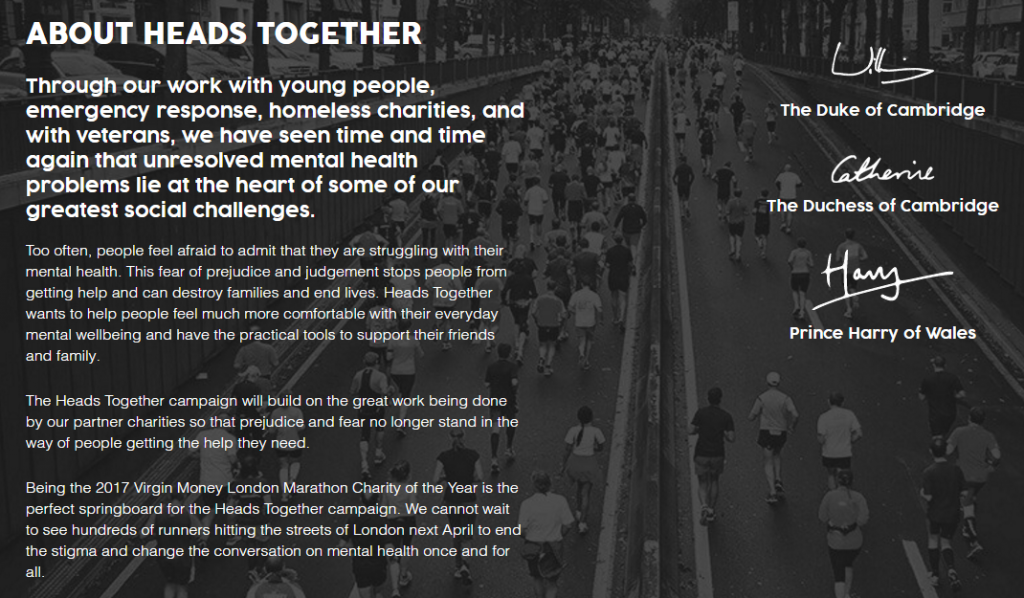 Because I’m always interested in where the money goes, on the Heads Together FAQs page the question, “Where will my money go?” is answered with this: “If you are successful in getting one of our Heads Together charity places in the London Marathon 2017, all the money you raise will go directly to the charity you chose on your application form.” 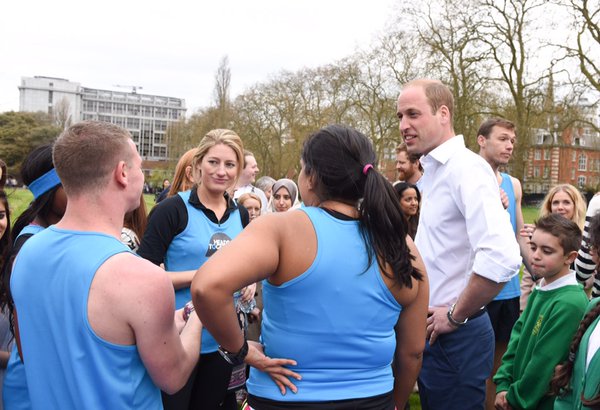 I was thinking last night that though KP claimed William and Kate would really focus on mental health this year as one of their main causes, they haven’t done anything with it in about six weeks. Then they drop this. So… yay. I hope all three of them focus more on this cause, but especially William and Kate since Harry keeps himself busy and has the Invictus Games coming up.

I don’t think Kate has anything on her schedule, but I can’t find out anymore since KP decided to move William and Kate’s website from the one linked to Charles onto the new royal.uk – which is a terribly designed website and is atrocious to use. 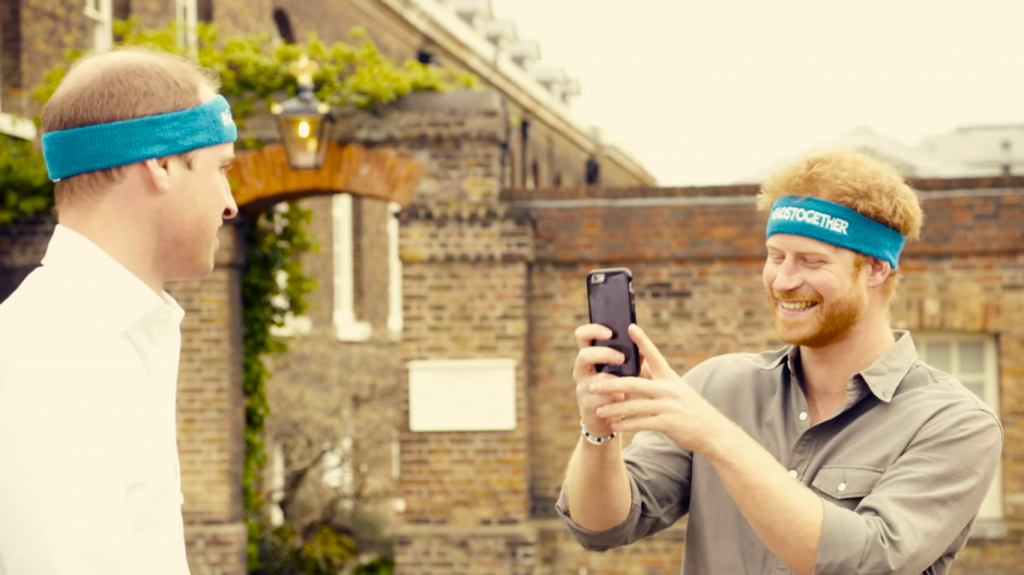 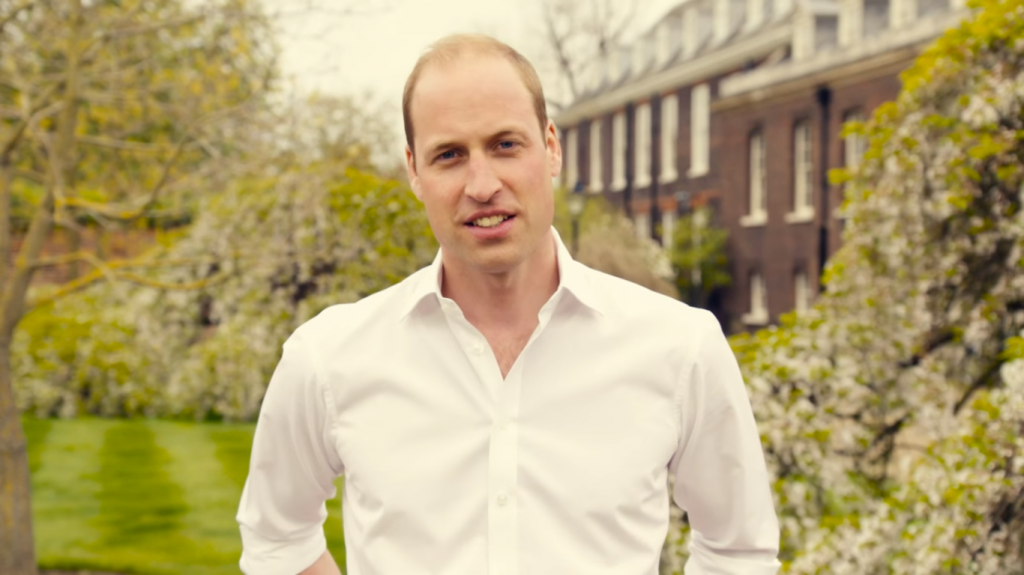