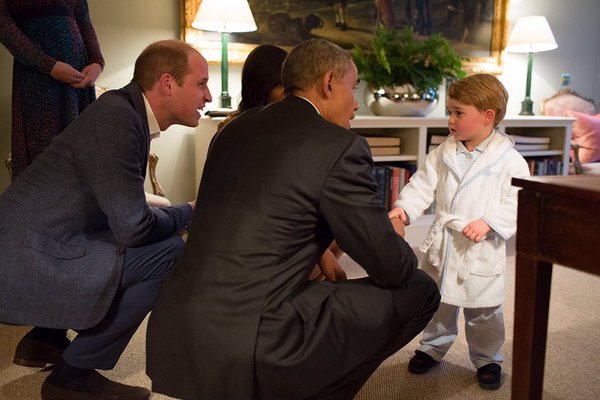 Little Prince George met POTUS in his pajamas and personalized bathrobe – like a boss – before taking a ride on a rocking horse which the Obamas gave to him when he was born.

George was allowed to stay up a few extra minutes in order to meet the Obamas and show off his rocking horse riding skills, but Princess Charlotte was already in bed and asleep when they arrived. 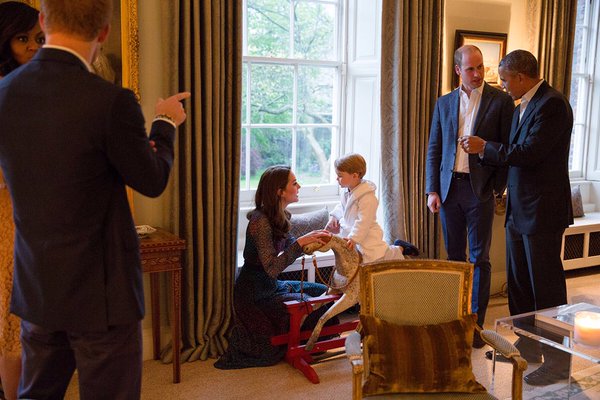 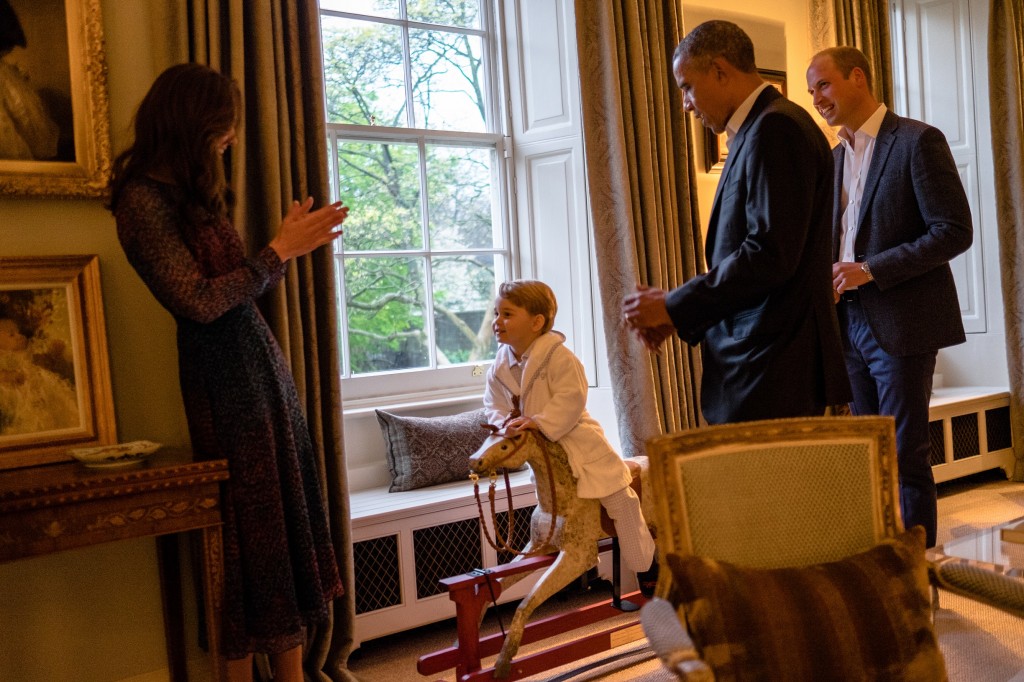 The Presidential couple arrived outside Apartment 1A at 7:15 PM London time (which means the Cambridge kids go to bed super early – for me anyway) and were greeted by the Duke and Duchess of Cambridge and Prince Harry. POTUS and FLOTUS are in the UK for official reasons, and had lunch with the Queen in Windsor earlier in the day, but William decided to invite them to dinner because the fivesome have become so close over the years, according to a KP spokesman.

A Kensington Palace spokesman said: “The Duke invited the President and Mrs Obama to dinner because of the close relationship that has developed between them over the past few years.”

Harry showed that “close relationship” the most, obvs. William and Kate greeted Obama and Michelle with mere handshakes, but Harry greeted Michelle with a kiss on the cheek.

Here’s a photo of the greeting in which we can see the door to Apartment 1A and just how massive William and Kate’s £4.5 million, barely-used apartment-in-a-palace is.

The Cambridges, Obamas, and Harry sat around in the Drawing Room of Apartment 1A to chat and have their photos taken.

The stuffed dog sitting on the ottoman in the middle of the room is a toy replica of the Obamas’ Portuguese water dog, Bo. The dog, like the rocking horse was a gift to George from the Obamas.

How much to you want to bet that George had never played with that toy dog or that rocking horse before last night? Because that’s what you do with (most) gifts you didn’t specifically ask for: you put them away until you see the gift-giver again and that’s when you pull out their gift in order to make them feel better because they see you using it. But you rarely actually use it.

I’m totally going to comment on the Cambridges’ decorating style, because I’m “judgmental, jealous, spiteful and mean to the bone” (thanks anonymous a-hole who actually did to me what you accused me of doing to the royals, I appreciate it. Maybe next time instead of taking half an hour to write a nasty essay to me, you just ignore me and move on with your super awesome, interesting life. 😉 ). The Cambridges’ Drawing Room is museum-esque. I was going to say it looks old, like my grandparent’s house, but my grandparent’s looked way more lived in than this. So museum-esque it is. I do love that ottoman thing, though. 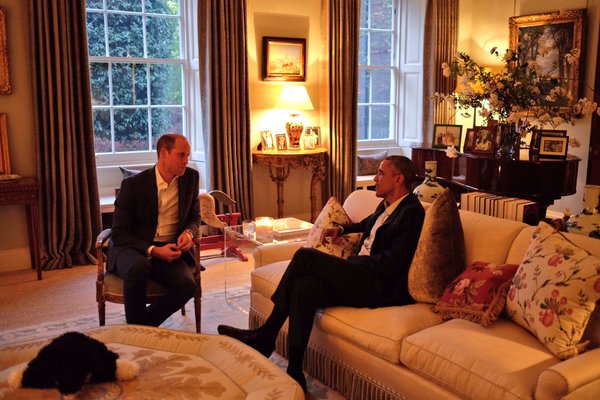 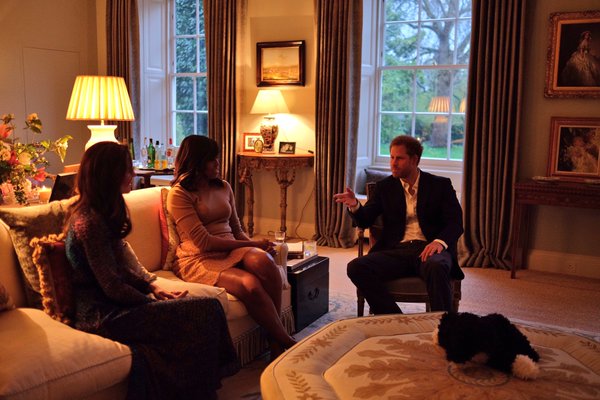 This photo op with POTUS was the first time that the Cambridges have undertaken an official engagement inside their apartment – one of the reasons given that William and Kate needed the biggest one was that they would be doing many of these types of events, but this is the first – although aides said the couple have done television interviews and posed for photoshoots in their official residence (William has recorded video messages in the apartment and the Cambs did their 2014 Mother’s Day photoshoot out of one of the windows).

The press reception to the White House getting more access than British press, complete with photos of George, was not super favorable.

Mark Cuthbert voiced, on Twitter, his annoyance and brought up how these photos will come back to bite William and Kate on the butt the next time they claim privacy, saying: “Absolutely staggering and quite incredible that @WhiteHouse gets mind boggling access inside KP in the few hours they at here. Prince George pictured in pyjamas, could be interesting ‘privacy & intrusion’ discussions in the future over the next unofficial pictures.”

We may see things develop to be more interesting regarding unofficial photos of the Cambridges, with Cuthbert continuing: “it’s an absolutely staggering decision in light of the privacy argument normally wheeled out. Game on for a few guys I think.” 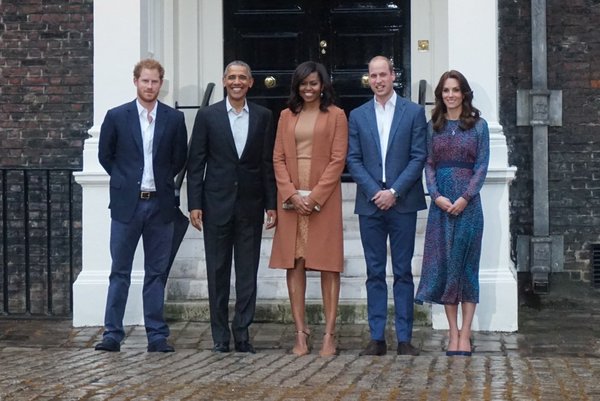 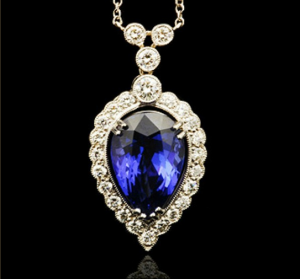 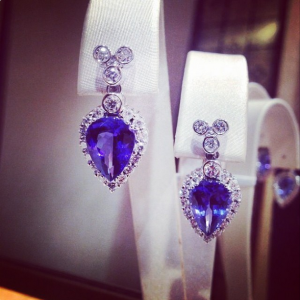 Oh, and William, Kate, and Harry attended a private dinner on Thursday for HM’s birthday. Here’s a photo of them leaving KP. It looks like Kate is wearing a new green lace dress.

I have been experiencing problems the last several days with the website. In the middle of the week it kept going down with a database error, and Thursday night I isolated the problem of that error. In order to fix it I had to create a whole new server and database, and then import a backup of my files over in order save the content. That caused a whole new set of problems, most notably for you guys the blog and comment email problem. I was able to locate the source of that problem and fixed it by getting yet another new server (this time it was easier, though). So now all of the problems are fixed (I think) and everything is fine (I hope).

Because of the email problem I was having, if you got a whole slew of emails earlier this morning, I am very sorry about that. The emails backed up in sending and then when the server got fixed, the plugin sent all the emails it had backed up.

Everything should be fine now. Thank you guys for bearing with me through the last several days.

Oh, and be sure to check out Prince Carl Philip and Princess Sofia’s son, Prince Alexander’s, first photo. The Te Deum photos are in there, too.