Prince William and Kate Middleton continued their royal tour of India today, April 11. They started their day in Mumbai visiting tech entrepreneurs, then traveled to New Delhi to visit India Gate and the site of Mahatma Gandhi’s assassination. 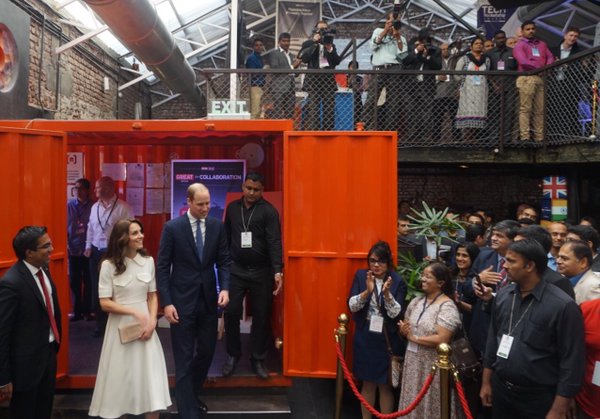 William and Kate started their day in Mumbai at the GREAT Tech Rocketship Awards launch at the Social Offline.

The Tech Rocketship Awards “will find and celebrate some of India’s best and brightest talent in technology start-ups. Ten young entrepreneurs will win a trip to the UK, which will include access to the best of British expertise and advice, and a chance to pitch to potential investors for finance.”

Social Offline is a collaborative workspace which combines the best parts of an office and a cafe where artists and innovators can come together. 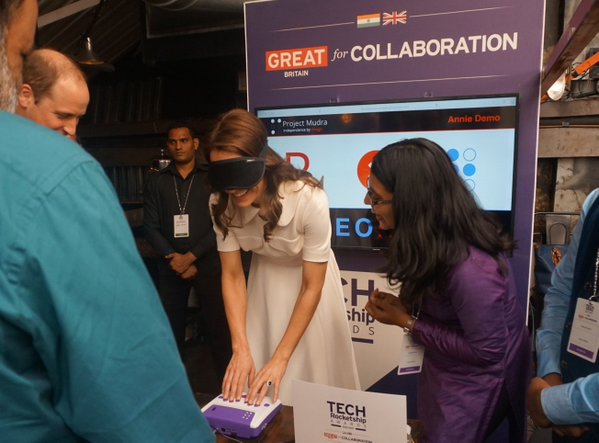 William and Kate visited young entrepreneurs who showed them their designs and innovations, which included the couple typing “George” in Braille while wearing a VR headset.

The Cambridges met one tech entrepreneur who showed off his cooking machine which makes pancakes, crepes, dosas, and omelettes automatically once it has been pre-loaded with batter. William poured batter onto the hotplate and cooked it before rolling it up and taking a small bite from one end. He said it was good and offered Kate to take a bit, but she waved the food away with her hand. 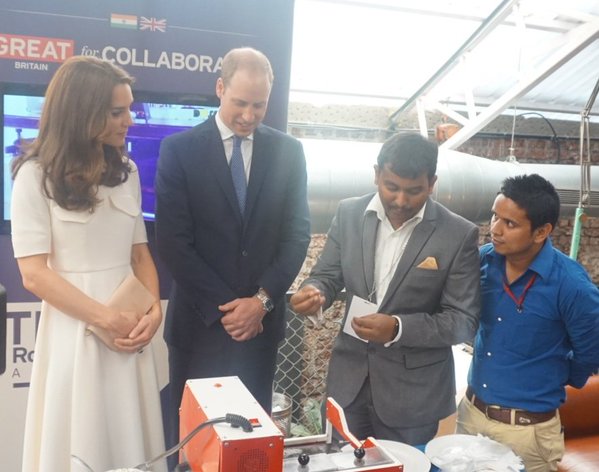 William gave a short speech: “Being here today, it is clear that India is leading the way in so many areas of innovation and technology.” 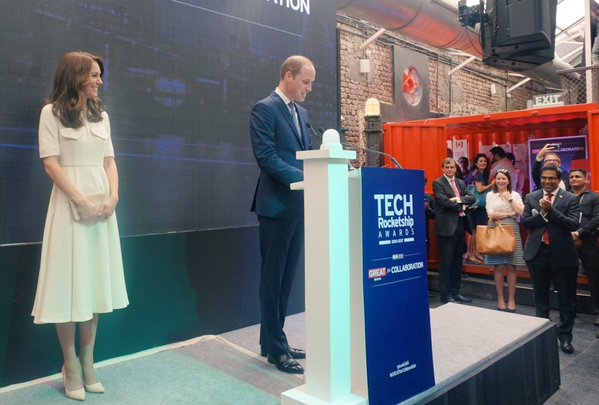 William and Kate then flew to New Delhi where they first stopped at India Gate to pay their respects and lay a wreath on the war memorial there.

The wreath reads: “Never forgetting those who have paid the ultimate sacrifice for India.” 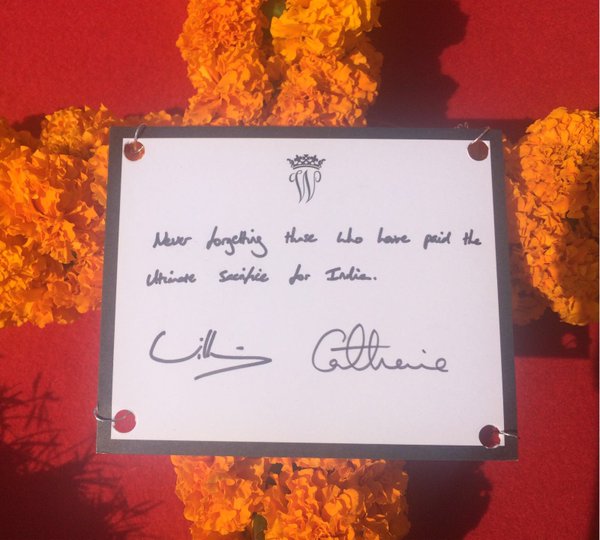 The couple posed for photographers. It seems they are only happy posing for photos when they are not in the UK.

They couple then visited Gandhi Smriti, a museum dedicated to Mahatma Gandhi – the leader of the Indian independence movement who was assassinated on his way to a prayer meeting in 1948. His place of assassination, Birla House, is now the museum. The Cambridges visited the site of the assassination and scattered rose petals.

“[Director, Mr Dipanker Shri] Gyan said: ‘They told me they were surprised by his simple living, that such a man had such a simple life.’

“He then showed the couple to the prayer spot in the garden where Gandhi regularly prayed. Inside, the walls are covered with murals of scenes from throughout Gandhi’s life, including him playing the violin as a child and dressed in a suit and tie when he was studying in the UK.

“‘They were very surprised to know that he had played the violin and adopted British customs before returning to India.'”

William and Kate were given scarves and posed, again, for photographers (though only after some coaching to do so).

Kate opted for one of her lesser go-to designers: Emilia Wickstead. She wore the “Wool-Crepe Midi Dress” (originally £1,700 before being discounted and selling out). The wool crepe dress features a full skirt, a large peter pan collar, front slit pockets, and faux breast pockets (or boob flaps as I call them).

Yeah, the boob flaps kill this dress. I am not a fan of peter pan collars but it would have been alright if the boob flaps had not been there. Otherwise, I actually like the dress. 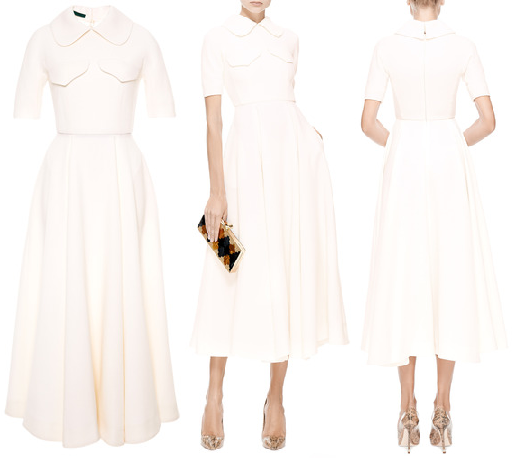 *Deep breath* Alright, let’s address the elephant in the room. Kate suffered another “Marilyn Moment” when her skirt flew up while laying a wreath at India Gate. Over the last almost five years, Kate has had many a skirt fly up, but she’s been fairly good about it the last year or so to the point that I had to break out tags that I haven’t used in ages. It’s a huge bummer that this happened because now the conversation is going to be “Kate’s an idiot; her skirt flew up AGAIN” instead of anything about what they actually did.

But… *bangs head against computer*… COME ON! This is ridiculous at this point. This isn’t “whoops, she didn’t know”, this is “you’ve done this 10+ times, you should know better by now”. It annoys me when I see people bring up Kate’s past mistakes, some a decade old, right before the tour and make fun of her for it because I want to give her the benefit of the doubt and take the tour for what they give us rather than taint it with negativity going in, but… STOP MAKING IT HARD FOR PEOPLE TO DEFEND YOU, KATE! WEIGHT YOUR HEMS OR DON’T WEAR SUCH A FLIMSY DRESS!

I’m including this photo because her face is all “Oh my god there is a photographer right there”.

In case you were wondering what Jason Knauf looks like, here you go.