Royal Round Up: Victoria, Mathilde, Sophie, The Queen, Camilla, William

Ahead of what looks to be a very Duchess Kate-heavy week and a half, let’s take a look at what some of the other royal ladies have been doing this week. We’ll start with Crown Princess Victoria at an IPC meeting, then move on to Queen Mathilde in tiaras, before doing a trifecta of horse visits with Countess Sophie, Queen Elizabeth, and Duchess Camilla. We’ll end with Prince William talking about Princess Diana.

On Thursday, October 15, Crown Princess Victoria was in Luxembourg to attend the 5th honorary board of the International Paralympic Committee. Victoria joined Grand Duke Henri and Grand Duchess Maria Teresa of Luxembourg, Prince Albert of Monaco, and Princess Margriet of The Netherlands.

In keeping with her Seraphine love from Sunday, Victoria wore a “Black & White Polka Dot Silk Maternity Dress” (£139.00) from Seraphine Maternity. Seraphine has really come up as the go-to royal maternity designer. I wonder is Princess Sofia will wear any Seraphine.

King Philippe and Queen Mathilde went on a State Visit to Poland this past week, and on Tuesday, October 13, Mathilde busted out two different tiaras for the State Dinner. Mathilde wore the Laurel Wreath Tiara, which is her go-to tiara, as a necklace, and wore the Wolfers Necklace Tiara on her head (the tiara is also a necklace, and was made by the Belgian brand Wolfers). It’s always cool when a royal wears a tiara she has never worn before. Mathilde also wore diamond and pearl earrings and a pink, one-shoulder Armani Privé gown (which she previously wore to Victoria’s wedding).

Kicking off our horse parade is Sophie, Countess of Wessex who, as Patron of Remus Memorial Horse Sanctuary, visited the sanctuary on Wednesdday, October 14, and met some of the animals before attending a reception. The sanctuary provides care and rehabilitation for 200 horses, ponies, donkeys, cows, sheep, and cats who are victims of physical and mental abuse. The horse Sophie is with in the above photo is blind.

Queen Elizabeth also did the horse thing. Twice. On Thursday, October 15, the Queen visited the School of Veterinary Medicine at the University of Surrey (blue outfit), and on Saturday, October 17, HM attended Qipco Champions Day at Ascot Racecourse (peach outfit).

On Thursday, HM visited the Large Animals Clinical Skills Building where she got to meet some of the horses, before officially opening the School. HM wore a blue coat and hat and a diamond and pearl brooch. On Saturday, HM watched the races before presenting the winners with their trophy. HM wore a peach outfit with a diamond and gold sunflower brooch.

Here’s a funny anecdote: Some American wrote to the Queen begging her to take back the US as a colony of the UK. The letter was in response to one of the Republican Party Primary debates. Which is funny enough, but there was actually a reply which says: “Whilst your views have been noted, you will appreciate, I am sure, that there can be no question of The Queen intervening in the affairs of another Sovereign state.” Too funny. [Express] 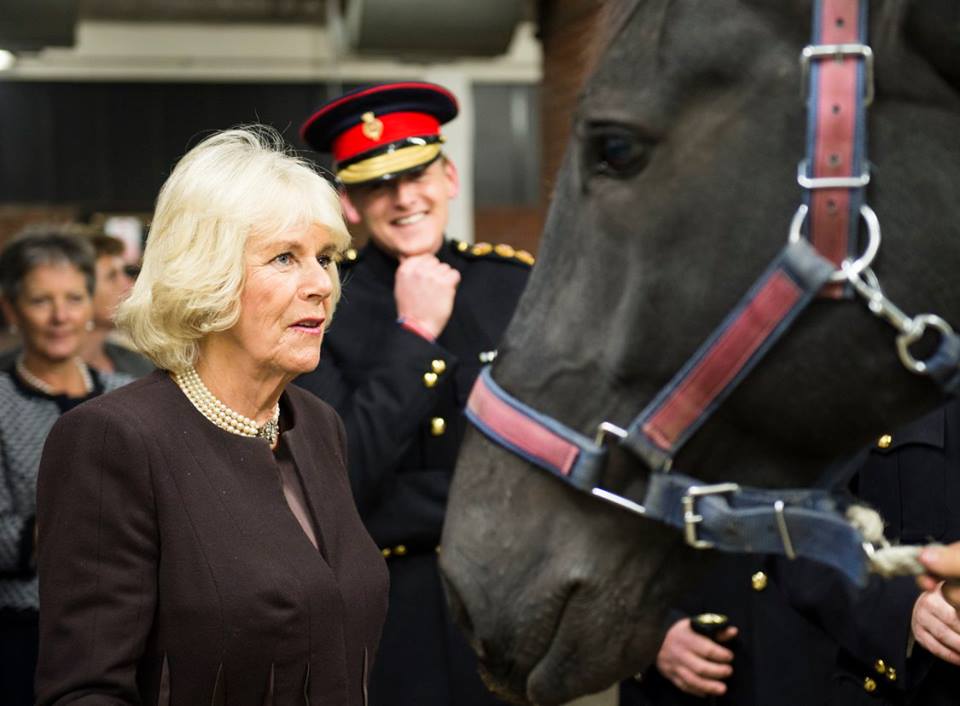 Joining Sophie and The Queen in this week’s horse round up was Camilla, Duchess of Cornwall who – as Patron of The British Equestrian Federation – met horses from the Household Cavalry Mounted Regiment in Hyde Park Barracks on Thursday, October 15, prior to attending a reception for World Class horse owners.

BTW, this outfit is one of Camilla’s go-to outfits that she’s worn a ton. I find it funny that it’s a noteworthy ordeal when Kate rewears her clothing (like, OMG, she’s so frugal), but Camilla rewears her clothing all the time (as do all of the other royal women; and of course the men only have a few suits on constant rotation). 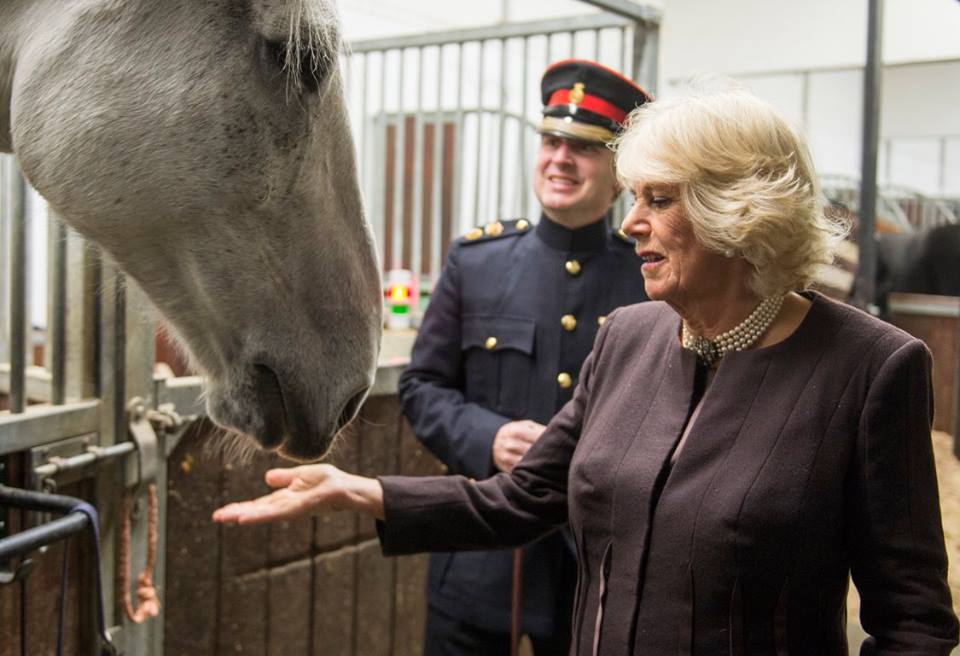 OMG, Prince William is smiling. Take it in, you guys, this is a rarity. And are those suede shoes?

William attended the 21st Anniversary dinner for Child Bereavement UK, as Patron of the charity, on Thursday, October 15. He gave a speech, saying in part:

“Twenty one years ago last month, my mother attended the launch of the Child Bereavement Charity. Fifteen years later, I was honoured to be invited to become Patron of Child Bereavement UK to continue my mother’s commitment to a charity which is very dear to me.

“What my mother recognised back then – and what I understand now – is that grief is the most painful experience that any child or parent can endure. But my mother was determined to help those in need and she would have been immensely proud – as I am – of all that Child Bereavement UK has achieved these last 21 years.”

PS. Why is William’s jacket not buttoned?

58 thoughts on “Royal Round Up: Victoria, Mathilde, Sophie, The Queen, Camilla, William”