I was going to do a post about Queen Maxima and Queen Mathilde today, until I saw these photos of Princess Charlene looking like she was wearing a giant diaper. Charlene and Prince Albert attended the 73rd Formula One Grand Prix of Monaco in Monte-Carlo on Sunday, May 24. The couple watched the race and presented the trophy to winner, Nico Rosberg.

Charlene wore Akris – a white dress and jacket from the Spring/Summer 2015 collection. At first I thought the dress was a jumpsuit, and thought she looked like she was wearing a giant diaper, but it turned out to be a dress. Who at Akris thought this would look flattering? The dress is terrible, but I like the jacket.

PS. It seems like Charlene really regretted that bangs decision, because she has done everything to avoid showing her bangs after that first time. 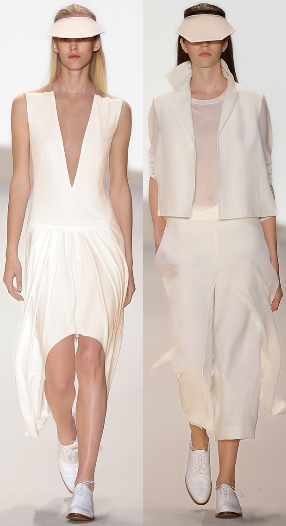 The night before the Grand Prix, Albert and Charlene hosted a cocktail party in honor of the Grand Prix. Charlene wore a navy Akris dress from the Fall/Winter 2014 collection. I don’t like this Akris dress either. Charlene looked fantastic in custom Akris to present her babies back in January, but Akris’ normal collections just don’t do it for me. 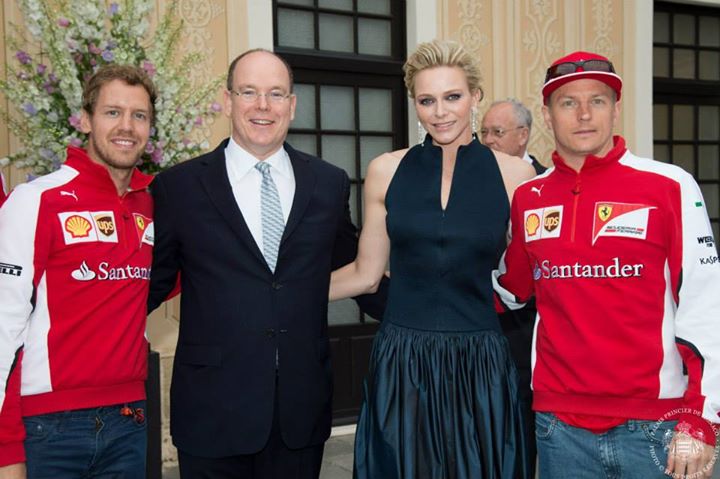 During the day on May 23, during qualifying for the Grand Prix, Albert and Charlene visited people from an association for people affected by motor disabilities. Charlene brought their dog. 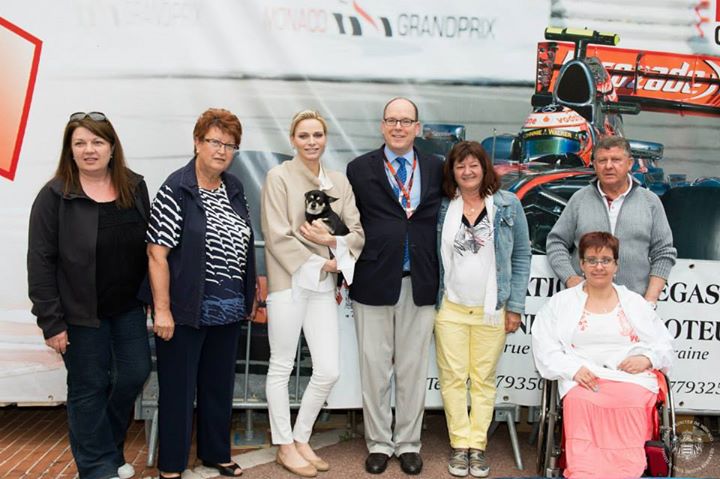