Prince William and Kate Middleton have formally registered the birth of their daughter, Princess Charlotte. The Registrar from the Westminster Register Office witnessed William sign the birth register at Kensington Palace. 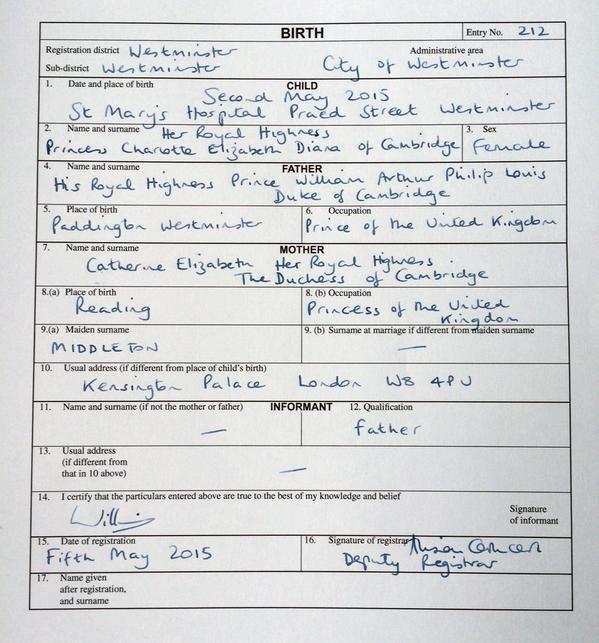 As with Prince George‘s birth certificate, William wrote Kate’s occupation as “Princess of the United Kingdom”.

The Queen arrived in London today and visited the Cambridges at Kensington Palace at around 2:30PM GMT. She stayed for about half an hour.