Prince William and Kate Middleton (yes, I’m still calling her that – go here to read why), the Duke and Duchess of Cambridge, have left Kensington Palace for Anmer Hall with their two children, Prince George and Princess Charlotte. William drove himself in his Range Rover with Kate in the front seat and presumably the babies in the back seat (though tinted windows prevents a glimpse of the babies). They drive themselves and everything. They are just so normal, you guys. William even wore his glasses – which brings up the fact that he shouldn’t be allowed to be a pilot since he wears corrective lenses, but whatever.

William is supposed to have several engagements later this month, though nothing has officially been announced. He is on paternity leave (unpaid) until June 1st when he starts his next round of air ambulance training. We should get a family photo in a month or so, and it’s possible Kate will attend Trooping the Color on June 13th, but other than that the next time we will see the Cambridges will be at the Christening – which will take place in three or four months, most likely in July before the Queen leaves for her Scotland summer break.

Prince Charles visited his granddaughter again yesterday to get one last visit in before she left for Anmer (and he won’t see her for a while). I love that Charles seems to be thrilled with his new granddaughter. He always wanted a daughter and Charlotte is like the daughter he never had. I hope William and Kate let Charles be a big part of Charlotte’s life (or as big a part as he wants to be). 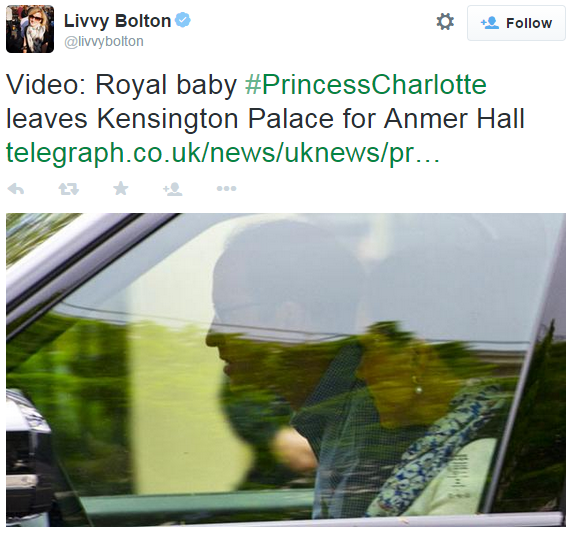 In the limited fashion that we can see in the photos, Kate wore her Annoushka pearl drop earrings and a Beulah London Brisa blue lip print scarf (£195.00). 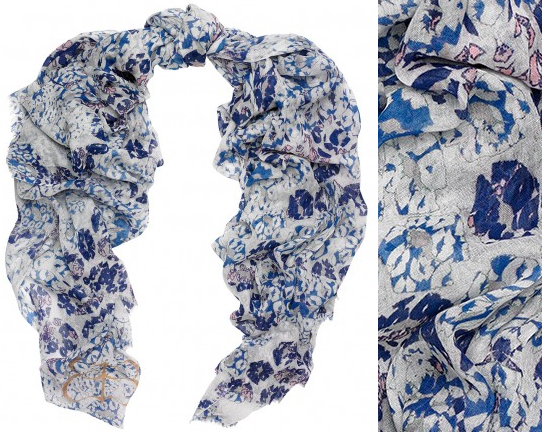 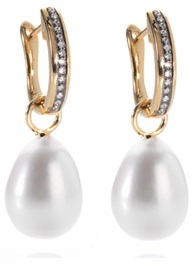 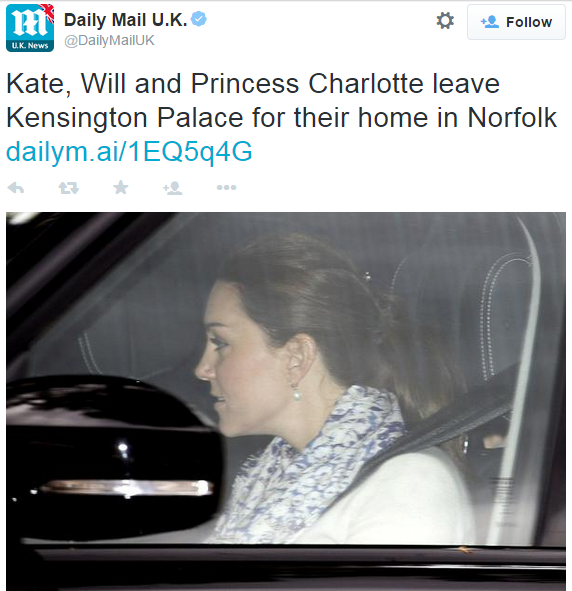