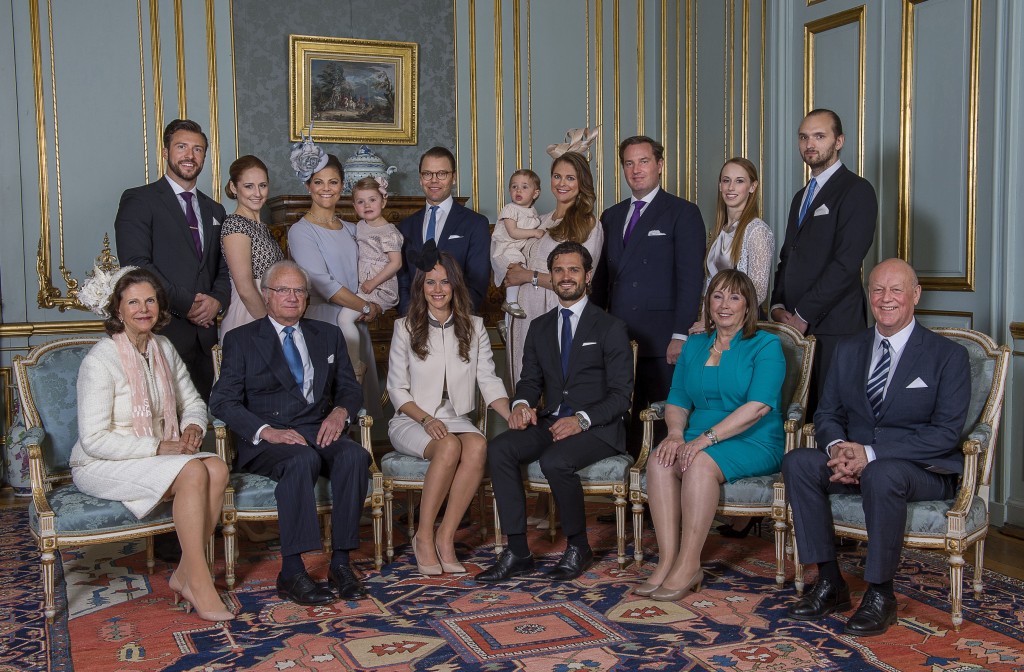 The banns (lysningsgudstjänst) was held at the Royal Chapel in Stockholm with a reception (Lysningsmottagning) following at the Royal Palace, where they received gifts. The publishing of the banns ceremony is a public announcement of an upcoming marriage that was originally meant to allow anyone to raise canonical or civil legal objections to the union. It arrived in Sweden in 1200. There was no objection to Carl Philip and Sofia’s proclamation of marriage. 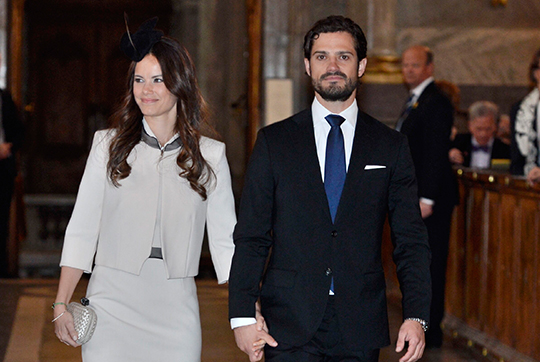 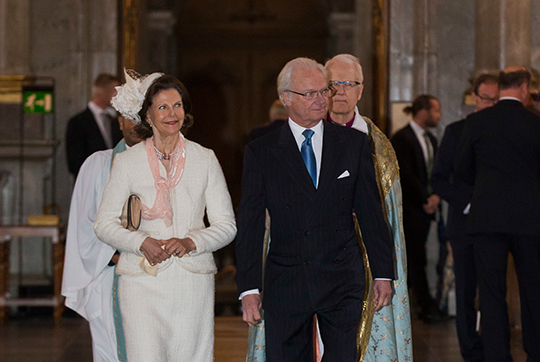 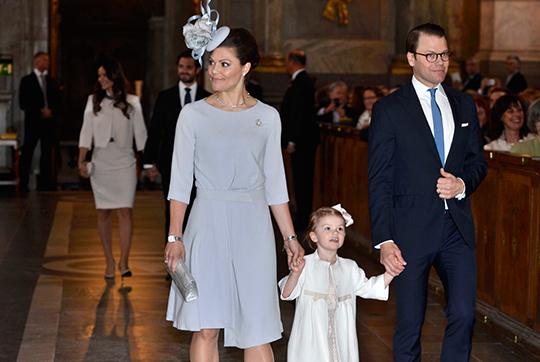 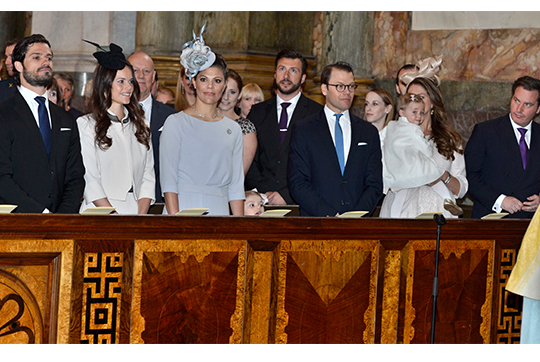 The Swedish court announced today that after she weds Carl Philip, Sofia will be known as Her Royal Highness Princess Sofia, Duchess of Värmland. So she will become a Princess of Sweden. 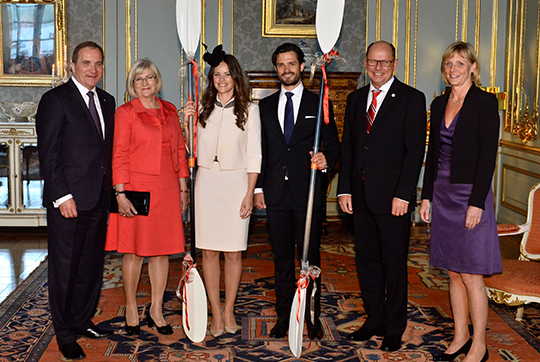 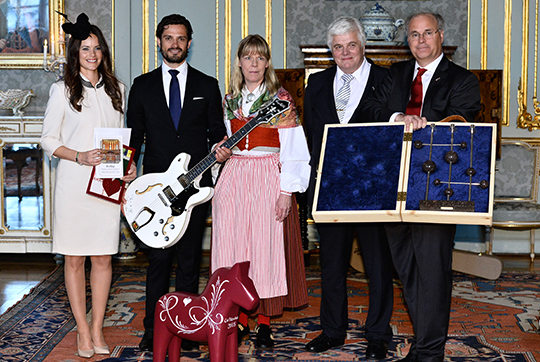 I know Sofia is the bride-to-be and should win all the style awards because of that, but she was my least favorite dressed today. Her cream MaxMara dress and jacket and black Malinda Damgaard hat just did not do it for me. I much preferred the dress she wore in the most recent portrait published by the Swedish court – a Reiss “Valentina” Dress in Blue Salt ($340). It’s nothing super special, but prettier than the outfit she wore today. 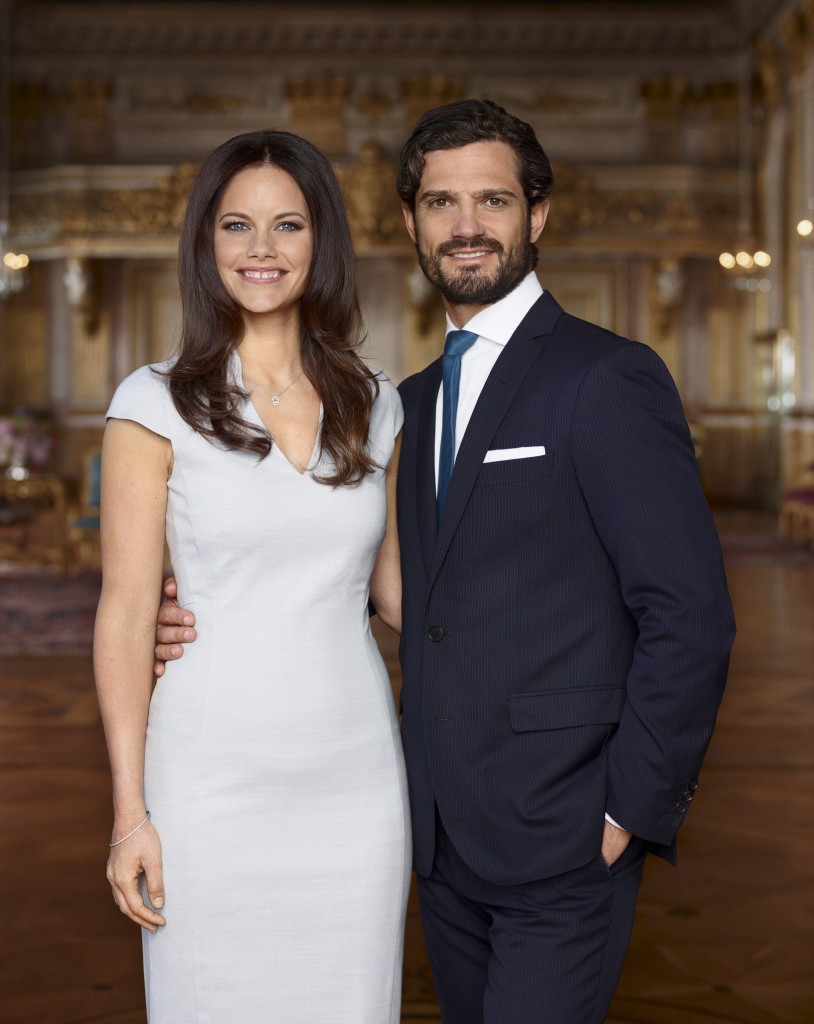 Madeleine looked beautiful in a taupe coat and dress. She chose a designer both she and Kate Middleton have favored in their second pregnancies: Seraphine Maternity. To coat is bespoke, but the dress is the Champagne Cut Out Lace Maternity Dress ($289.00). Not super keen on the ribbon-themed hat by Philip Treacy. Leonore looked adorbs with her little gold shoes and pouty face.

Not long to go now for Maddie’s second pregnancy. She is due at the end of June. Hopefully she’ll be able to attend the wedding.

Victoria won the day for me. I loved her blue Filippa K dress, and I don’t hate the matching flower/ribbon Philip Treacy hat. Estelle looked lovely as always in a coat and dress by Marie Chantal.

Pics of the boys: 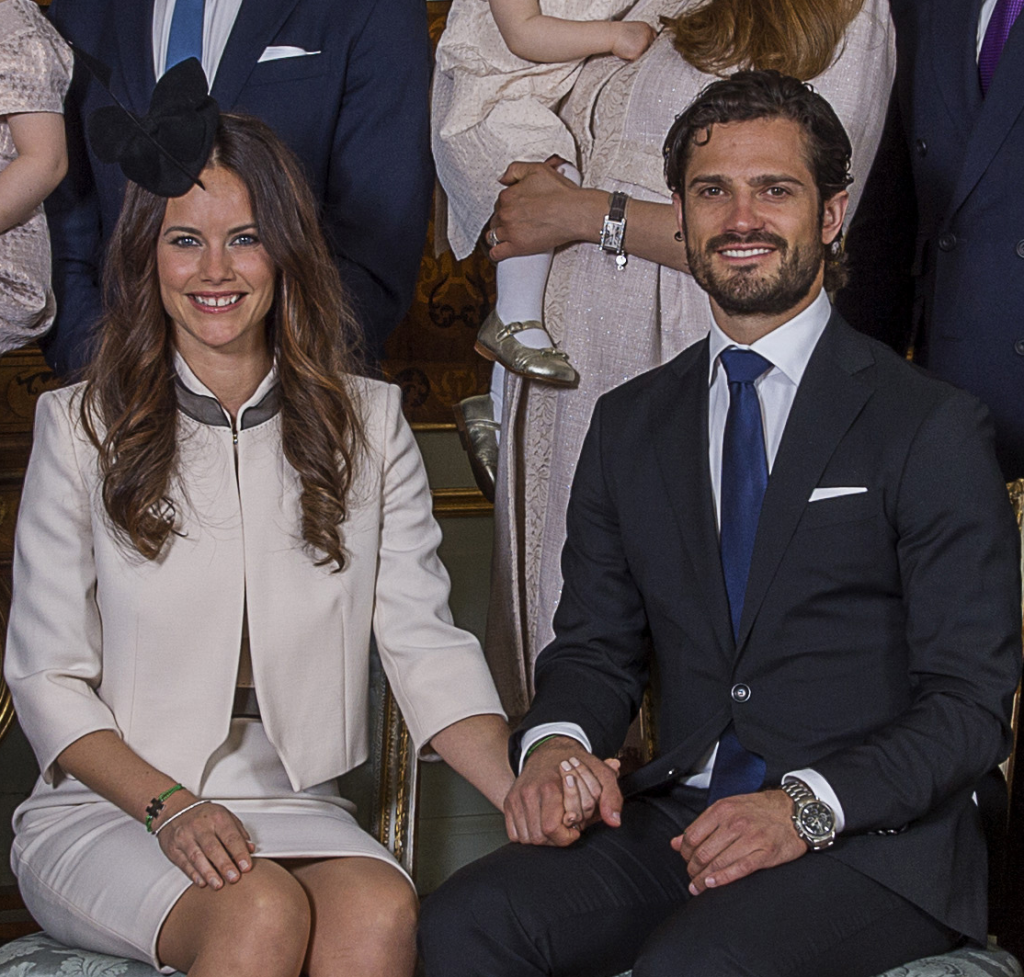 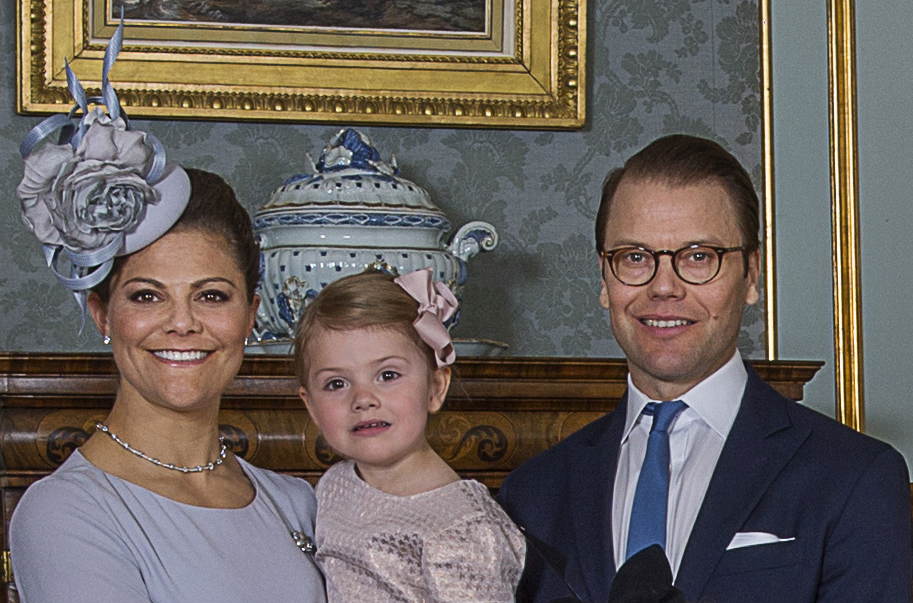 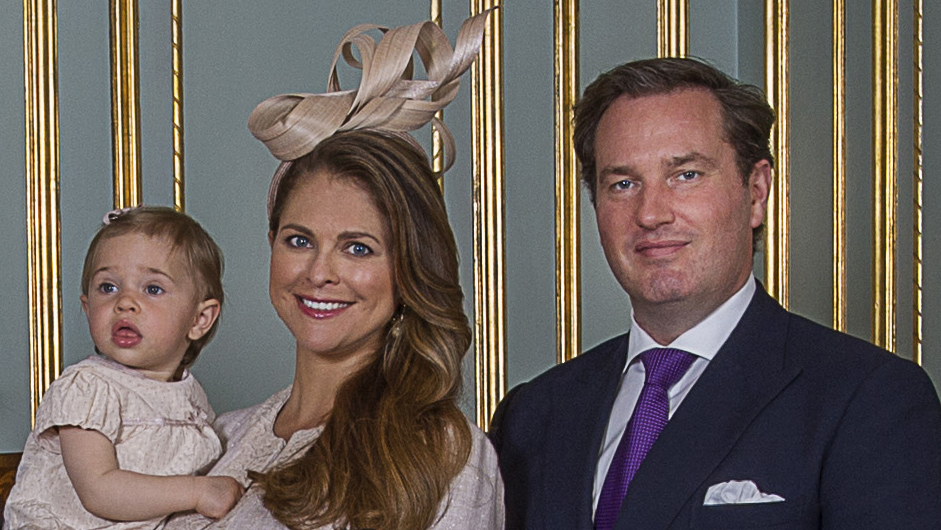