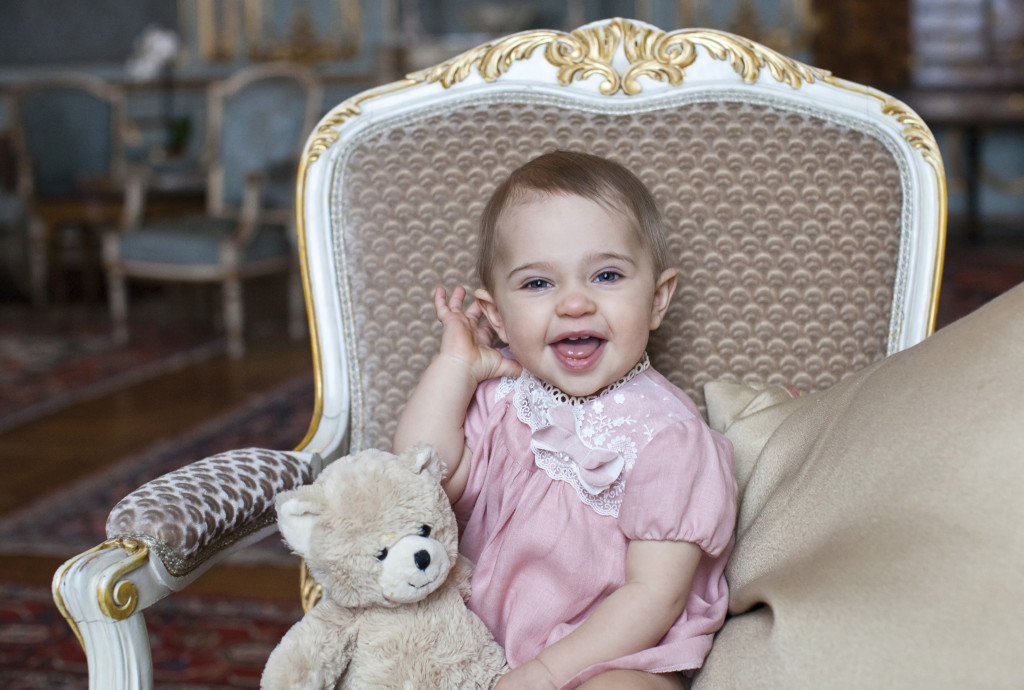 Princess Leonore turned 1 year old on Friday, February 20. The palace released two new official photos to mark her first birthday. Princess Madeleine posted one of the photos on Facebook with the caption: “Leonore, our little sunshine turns 1 year old today!” Leonore is so adorable! There is definitely a strong family resemblance between Leonore, Maddie, Victoria and Silvia. They all have a similar face shape. PS. She has so much hair! 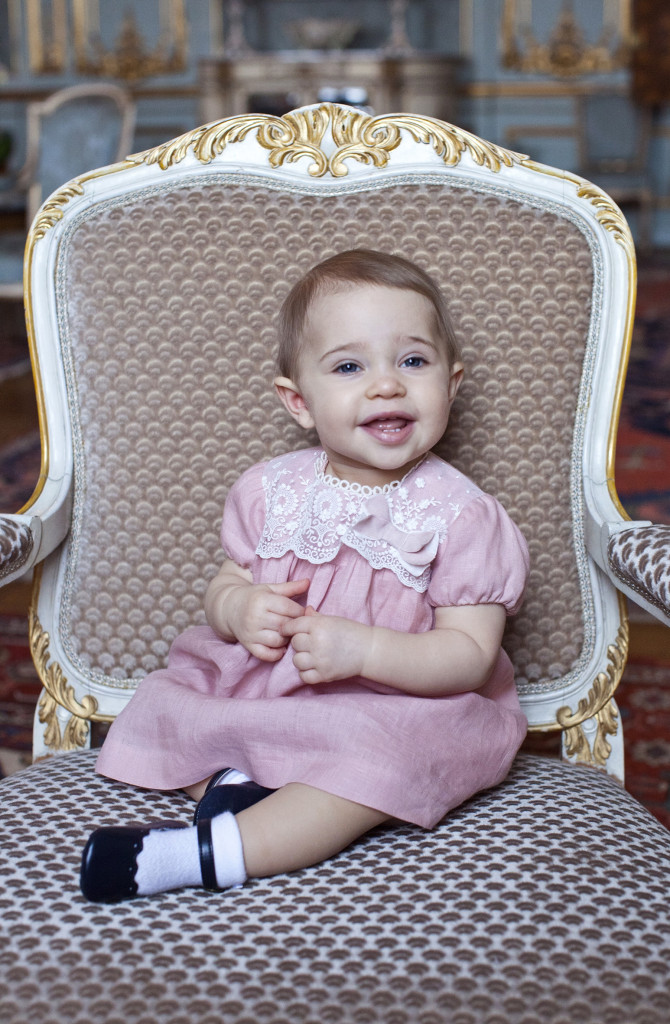 Most of the Swedish Royal Family attended the inauguration of World Ski Championships in Falun on Wednesday, February 18, and watched some races on Thursday, February 19. Those in attendance were King Carl XVI Gustaf, Queen Silvia, Crown Princess Victoria, Princess Estelle, Prince Carl Philip and Sofia Hellqvist. Prince Daniel came down with a cold and had to sit out the Ski Championships. On February 17, Victoria attended a lunch for the Interior Minister hosted by Queen Silvia with King Carl Gustaf in attendance. Also on Feb 17, Victoria attended an Advisory Council meeting with her father. I so love that Victoria brings Estelle to things. I love seeing her out and about and getting to see candid shots of her. 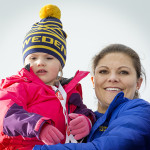 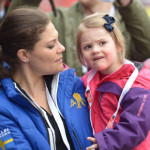 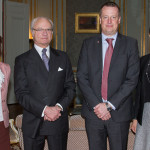 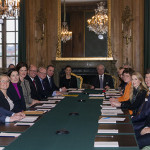 Queen Letiza attended the delivery of the National Culture Awards on Monday, February 16, with her husband King Felipe where they handed out awards in recognition of society’s contribution to the enrichment of the cultural heritage of Spain. Leti wore a Carolina Herrera white, navy, and black colorblocked dress. She accessorized with her Magrit pumps, and Uterque black floral clutch. I love this look.

On February 18, Leti attended the commemoration of the tenth anniversary of Fundéu – which promotes the proper use of Spanish in the media – where she gave a speech, saying in part: “Thank you for inviting me to be here with you on the tenth anniversary of an adventure that has united journalists and linguists for the good of all.” She goes on to talk about why Fundéu is beneficial. Go here to read the full transcript. Leti wore a grid-patterned top from Designers Remix, Hugo Boss trousers, black Carolina Herrera pumps, and ruby dangle earrings. She carried her Tissa Fontaneda red bubble clutch. She wore a black coat from Hugo Boss.

On February 19, Letizia and Felipe joined the President of Portugal and his wife for the Delivery of Gold Medals of the “Eixo Atlântico do Noroeste Peninsular” and closure of its General Assembly. Also on Feb 19, Leti and Felipe opened the exhibition “The First Picasso” at the Museo de Belas Artes da Coruña. Leti’s full black skirt made a reappearance, this time paired with a new Hugo Boss BOSS Stripe Wool Sweater ($195.00) and her Lodi “Sara Rodas” burgundy and black pumps. She carried her red Uterque floral clutch and wore TOUS earrings featuring ruby, emerald, and moonstone. Leti wore a white coat from Felipe Varela. I like this showing of the full skirt more than the last time she wore it earlier this year. 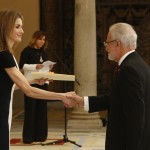 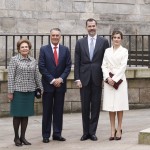 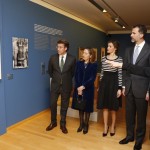 Queen Maxima and King Willem-Alexander visited the provinces of Groningen and Drenthe in the Netherlands on Tuesday, February 17. They visited Stenden College, the multi functional venue De Deele, the Veenkoloniaal Museum (pictured above), and Wedeka social labour centre (pictured below). Maxima wore lots of orange. She wore an orange top, orange belt, orange shoes, orange bag, and orange gloves. She paired all this orange with a grey skirt and grey hat. Not going to lie, I like Max in orange. Not many people can pull off orange, but I think Max looks really good here. 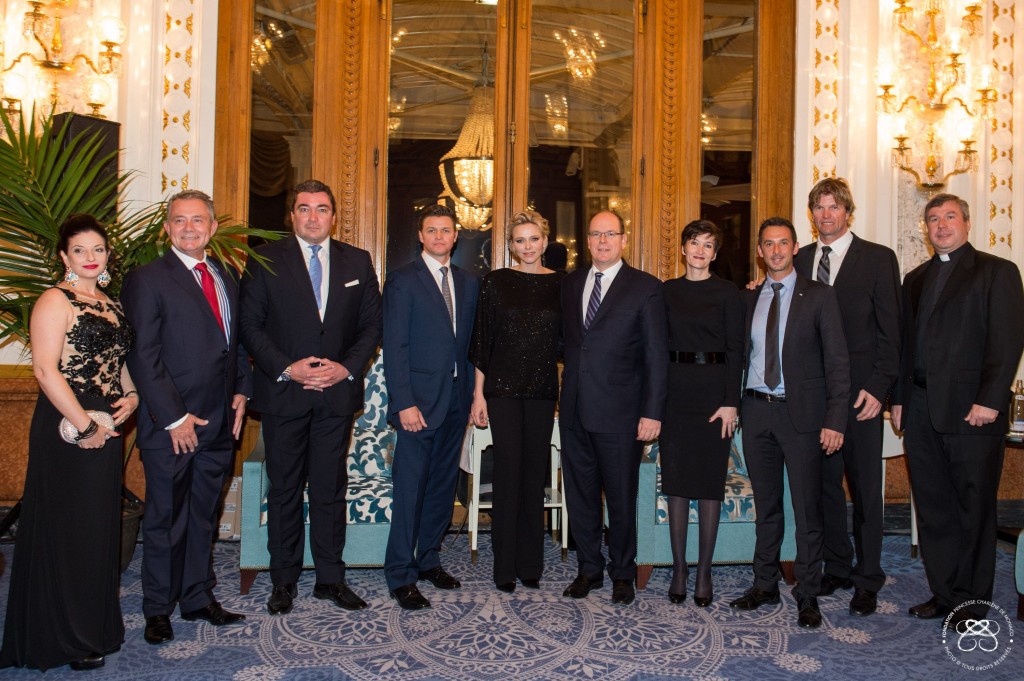 Princess Charlene stepped out for a third time since the birth of her twins on Thursday, February 19, for a cocktail reception for her foundation, Princess Charlene of Monaco Foundation, to launch the “South Africa – Monaco Rugby Exchange“ Programme, and to celebrate the birth of Prince Jacques and Princess Gabriella. The reception took place at the Monte Carlo Casino; Prince Albert joined her and gave a speech. Charlene wore a sequined black shirt, black trousers, and black pointed toe heels. She wore her hair with her bangs off her face again. I wonder if she regrets the bangs; she hasn’t worn them down since she debuted them (granted she’s only been out twice since she debuted them, but still). Link: Foundation press release. 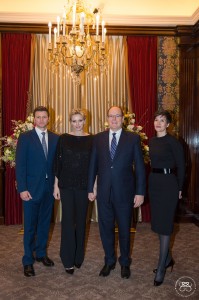 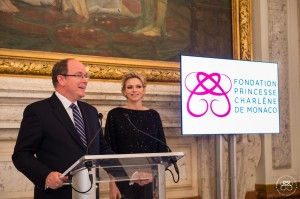 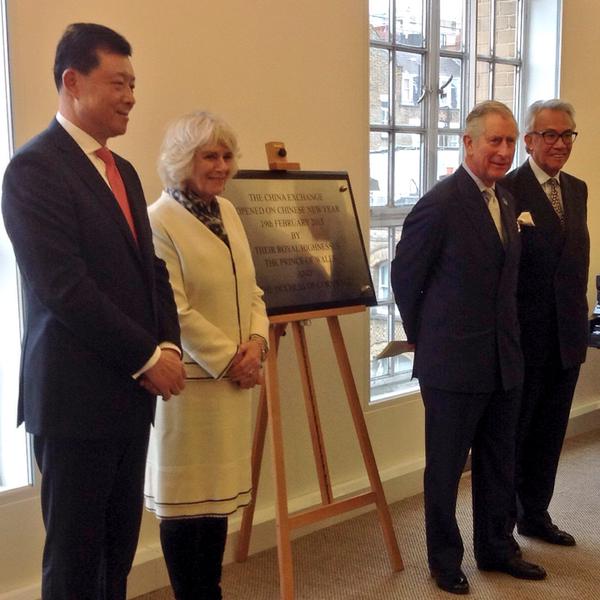 Camilla, Duchess of Cornwall was out with Prince Charles on Thursday, February 19, to celebrate Chinese New Year. They visited Chinatown and attended a parade before opening the China Exchange. Camilla also got to make dumplings and paint Chinese letters. Camilla wore a nice white skirt suit with a black and white scarf and black boots. I think she looks really nice; I like this outfit on her. No brooches, though. 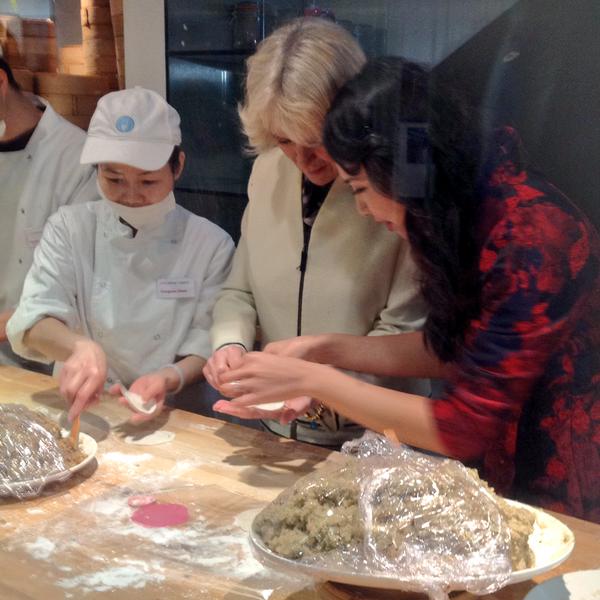