Wow, someone is really packing in the engagements. Kensington Palace scheduled Kate Middleton for two more engagements. On March 11, the Duchess of Cambridge will be in Margate where she will visit the Turner Contemporary museum (as Patron of the National Portrait Gallery) and Resort Studios (an art organization). I am genuinely surprised at this. I thought we wouldn’t see Kate until St. Patrick’s Day and that would be it until she saunters out of the hospital in a red dress with Baby Cambridge 2. 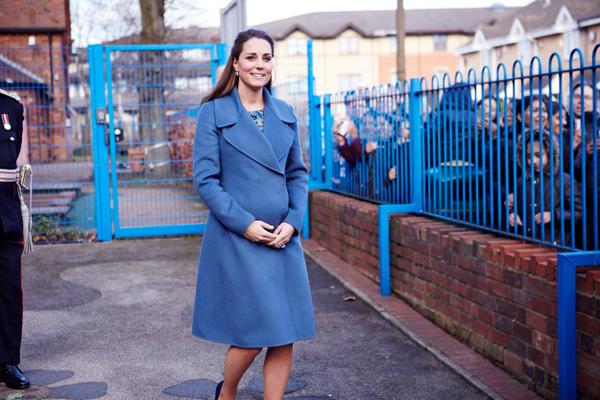 According to the Court Circular, yesterday, February 24, Kate joined Prince William and Prince Harry for the Chairman’s Dinner at Kensington Palace State Apartments as Joint Patrons of the Royal Foundation you know the rest.

This joins two other non-press appearances Kate has undertaken this year (of course one non-press engagement ended up with a video message, but whatevs).

March 11 will be Kate’s 8th day of total work (“work”?) and her 6th day of public, press-covered visits, with a total of 15 engagements (or 12 if we’re not counting the non-press ones). Depending on how we calculate her engagements – and going with the upper limit – Kate’s already done more than the first option on our “How many engagements will Kate do in 2015” poll. I’m shocked!

Who do we have to thank for this… Jason? Someone really lit a fire under Kate’s bum to get her to actually do this many engagements in the first quarter of the year. She never does much in the first quarter. I’m of course a bit skeptical. She could just be front-loading her engagement numbers because she’s going to take all of the second and third quarters of the year off (save for a few mandatory Royal Family duties), and then come back to load up on the engagements in the last quarter of the year so her 2015 engagement total isn’t so paltry. Who knows, maybe she’ll surprise us all. But I don’t want to get my hopes up too much because she’s disappointed me so much in the past.

UPDATE: You know how I said KP tweeted that Kate viewed that Van Dyck painting privately earlier this month but tweeted a photo from last year? Well they’ve realized there was a mistake and kind of corrected themselves. Now they are saying Kate viewed the painting privately in February 2014, so NOT earlier this month. However, they are still showing a photo of Kate viewing the painting while on a public engagement. So the viewing was never private at all. So dumb. Granted, KP only got on social media in January, so their social media person is probably new, but still, Kate doesn’t do that much so it’s easy to check this stuff. No excuses.

.@TCMargate The Duchess will see the #VanDyck self-portrait, which she privately viewed @NPGLondon in Feb 2014 pic.twitter.com/vLBgixYhNl

UPDATE: Kate did another non-press thing on Feb 25. She received the outgoing director of the NPG.

Of course, Kate’s upped engagement numbers could just be a distraction from the fact that William has done next to nothing so far this year, and won’t even start his air ambulance job until the summer. William did one investiture, and the Chairman’s Dinner, and recorded three video messages. That’s all he’s done so far this year. He starts his Japan/China tour tomorrow, which runs until March 4. When Kate makes you look lazy, you know something’s seriously wrong.

UPDATE: William has completed all 14 written exams finally. After he gets back from Japan and China, he will begin some extra training he needs to complete, and then officially start the job in early summer. He will be working full time (“full time”) but there will be allowances made to accommodate his royal duties. Kate and the babies “are expected to spend more time at Anmer Hall” with William, because F the $6 million KP renovations.

UPDATE: Will and Kate will attend the Commonwealth Observance at Westminster Abbey on March 9 along with the Queen, Prince Philip, Prince Charles, and Camilla.

UPDATE #573: Another engagement added to Kate’s calendar. On March 13, she, William and Harry will join the Queen and other royals for a service of commemoration at St Paul’s Cathedral to mark the end of operations in Afghanistan.

William, Kate and Harry will join the Queen and other royals at St Paul's Cathedral on March 13 to mark the end of Afghanistan operations.

Philip, Charles, Camilla, Andrew, Edward, Sophie, and the Duke of Gloucester will also attend the service of commemoration at St Paul's.