Time for another royal round up! This one includes a Kate Middleton update (as she and Prince William have reportedly landed in Mustique), Princess Madeleine being a lovely person, Crown Princess Victoria‘s last two days in Silicon Valley, Queen Letizia chugging along in her duties, and Camilla Duchess of Cornwall coming back from her back injury that kept her MIA during Christmas.

Duchess Kate and William have landed in Mustique to start their holiday.  Prince George is with them and he and Kate will stay for at least two weeks.  William might head home sooner due to “studying”. We all knew Kate would be taking off for Mustique soon (she’s not about to let that goodwill from those three working days pile up on her without taking an extended vacation). I’m a bit surprised if William is actually with her. I guess he’s taking a break from “studying for exams” or whatever it is he’s actually been doing lately (we all know he gives no cares about skipping out on exams to go on vacation). I hope we get pics like we did the last two years (don’t fight it, William, just let the pap photos wash over you!).

Now on to some heartwarming stuff from Princess Madeleine. Firstly, Maddie held a preference for Hélène Benno, Secretary General of My Big Day, on Tuesday, January 20. Maddie is Patron of My Big Day. After the meeting, Maddie said: “It was rewarding and interesting to meet Hélène Benno today and get an update on My Big Day and the important work they do to delight seriously ill children.”

Now the actual heartwarming part: Maddie was spotted by a fan while having lunch with her husband Chris O’Neill and baby Princess Leonore, and instead of being a jerk, Maddie actually took a photo with the woman and complimented her on her outfit (thanks to Aj for alerting me). I feel like this is such a great way for her to handle this situation. She didn’t complain, didn’t refuse the woman; Maddie was sweet and took the photo and went on with her day – and probably made that woman’s day. It’s lovely when people are nice to the fans. 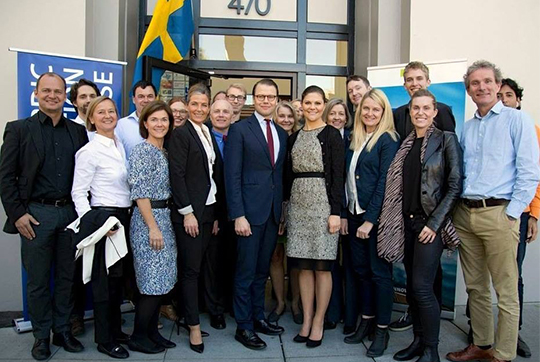 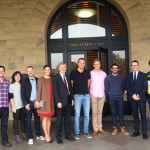 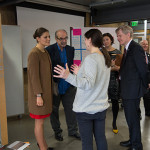 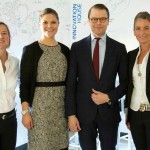 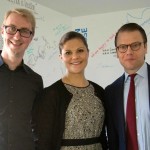 Queen Letizia attended the annual Foreign Ambassadors reception at the Royal Palace on Wednesday, January 21 (black dress). Along with husband King Felipe, Leti received and welcomed the new foreign ambassadors to Spain. On Thursday, January 22, Leti and Felipe inaugurated the Museum University of Navarra (pants outfit), which is a new study center for visual and performing arts with main objectives being the applied and interdisciplinary research, teaching and education on art.

For the ambassadors reception, Leti looked like she was attending a funeral, dressed in a full length black Felipe Varela dress with a sequined top and giant belt. I don’t like this look at all. She looks like she’s an old Italian Countess in mourning. This dress is a repeat from 2012, and I actually like Leti’s styling from 2012 better. As much as I love a good updo and think royals should usually put their hair up, I actually think the updo with this dress ages her. I prefer her hair down the way she wore it in 2012. 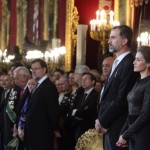 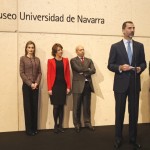 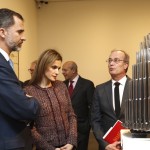 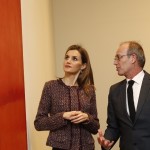 Camilla, Duchess of Cornwall made her return this week with three days of engagements. On Tuesday, January 20, Camilla met with Chris Evans (not Captain America) after the launch of BBC Radio’s “500 Words” competition – a children’s writing competition (the white dress). The next day, Wednesday January 21, Camilla visited Weston Park Primary School to visit with children taking part in the “500 Words” competition (the blue outfit with dragonfly brooches). Camilla has been an avid advocate for children’s literacy over the years.

In an interesting twist, Camilla seems to have taken my advice I gave Kate: saying a few quotable words at each engagement. Camilla spoke at the school (and was quite quippy); this is not the first time she has said a few words at one of her engagements. She said a few words when she decorated the Christmas tree with sick children in December, and she gave a statement after her visit to a rape counseling center in Colombia.

Camilla said of the “500 Words” competition: “I have a step-grandson called George and while he is too little to enter now, I hope one day he will. If you can read and tell stories you can sit in an empty room and take yourself into all sorts of exciting worlds. It’s something my father taught me and then I went on to read to my children and now grandchildren. Sadly I am at least 100 and far too old to enter, but I hope everyone who can will.”

I love that Camilla is so passionate about reading because of her father, and I love the joke at the end about being “at least 100”. It shows she doesn’t take herself too seriously and is willing to poke fun of herself. 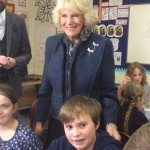 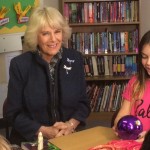 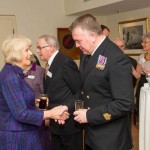 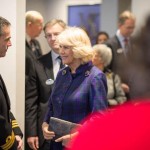