The second Sunday in November is Remembrance Sunday in the UK and commemorates the contribution of British and Commonwealth military and civilian servicemen and servicewomen in the two World Wars and later conflicts. The Queen led the National Service of Remembrance at the Cenotaph in Whitehall remembering those who died during conflicts. A two-minute silence was observed at 11 AM before the Queen, other royals, and politicians laid wreaths at the Cenotaph. There was a parade of service personnel and military bands, and a 10,000 strong march of servicepeople and civilians. A member of the choir fainted during the ceremony. The choir boy was attended to by first aides and was okay.

The Queen laid a wreath at the Cenotaph and as she left, the crowd gave her a round of applause. The Queen was joined by other members of the royal family including the Duke of Edinburgh, Prince Charles, Prince William the Duke of Cambridge, and Prince Edward the Earl of Wessex, among others.

The wives of the royals watched the service from the balcony at the Foreign Office. Camilla, Duchess of Cornwall, Sophie, Countess of Wessex, and Kate Middleton, Duchess of Cambridge were all in attendance. 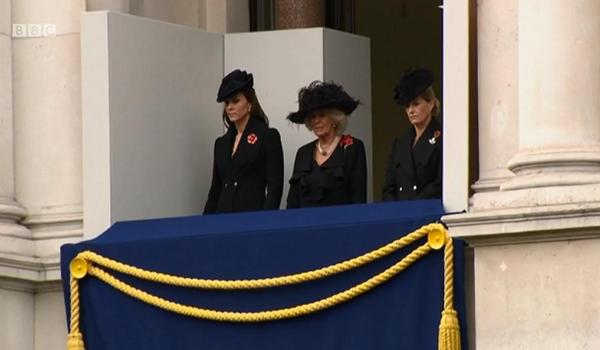 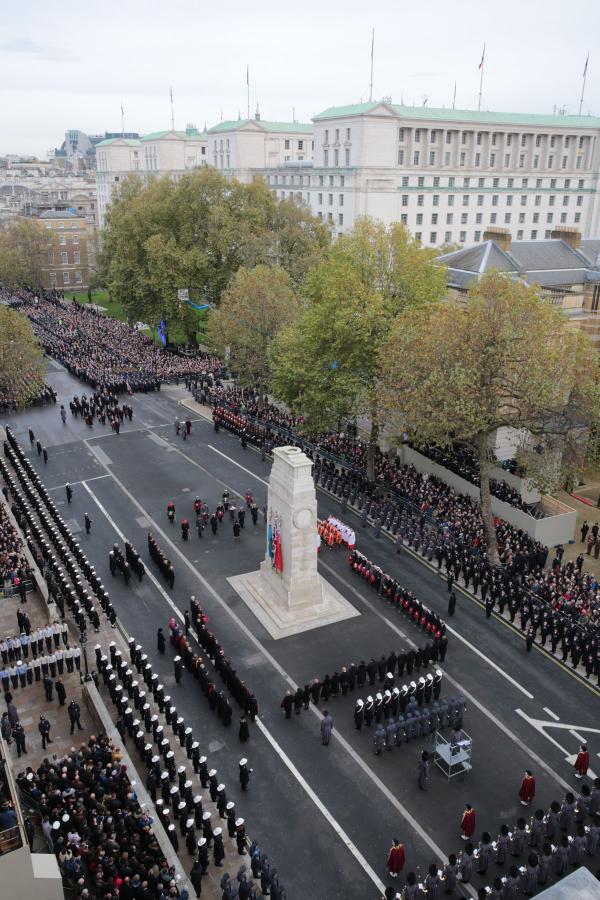 45 thoughts on “Royals at Remembrance Sunday”