Queen joins Obama and other heads of state for D-Day commemorations (DoE, Charles, Camilla, Will & Kate join in) 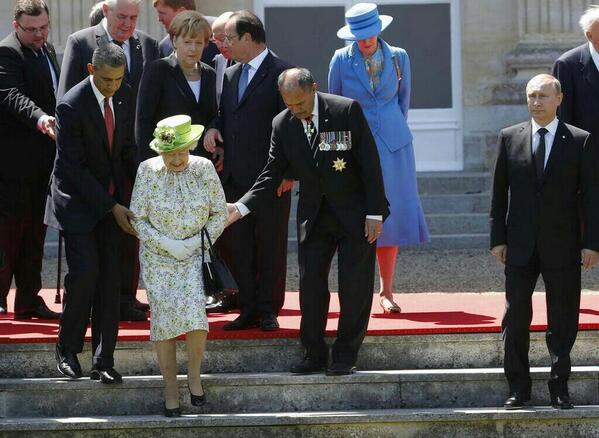 On June 6, 1944, the Allied troops stormed the beaches of Normandy.  To mark the 70th anniversary of that day, about 20 heads of state and world leaders gathered for a commemoration at Sword Beach.  There were a number of events the world leaders participated in, as well as meeting veterans.  The Queen laid a wreath at a memorial at the British War Cemetary in Bayuex.  President Obama made a speech at Omaha Beach.  There was a lunch for the leaders, and a group photo was taken.  The header photo is a photo of the Queen walking down the steps after the group photo was taken—yes, that’s Putin standing all by himself while others help the Queen down the stairs; really says it all.

[Video of Obama’s speech; transcript of the speech]

As far as British royals go, Prince Charles and Camilla joined the Queen and Duke of Edinbrough in Normandy.  There were other European royals, including (but not limited to) Queen Margrethe of Denmark and King Willem-Alexander of the Netherlands (and Queen Maxima) [W-A is the man behind the man in glasses and Max is the woman in yellow in the photo].

William and Kate were also on hand for some D-Day commemorations.  They were not in attendance at the official ceremony, but rather attended a tea party with veterans in Arromanches and an event at Gold Beach where William laid a wreath.

There was a State Dinner in the evening; it was in the Queen’s honor.  The Queen wore her Girls of Great Britain and Ireland tiara and gave a speech. 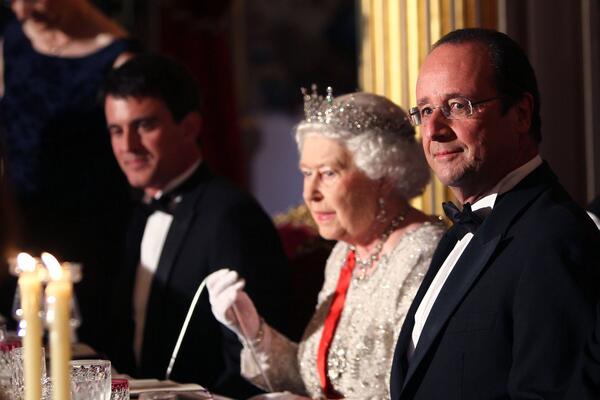 [President of France and the Queen; photo from Elysee twitter] 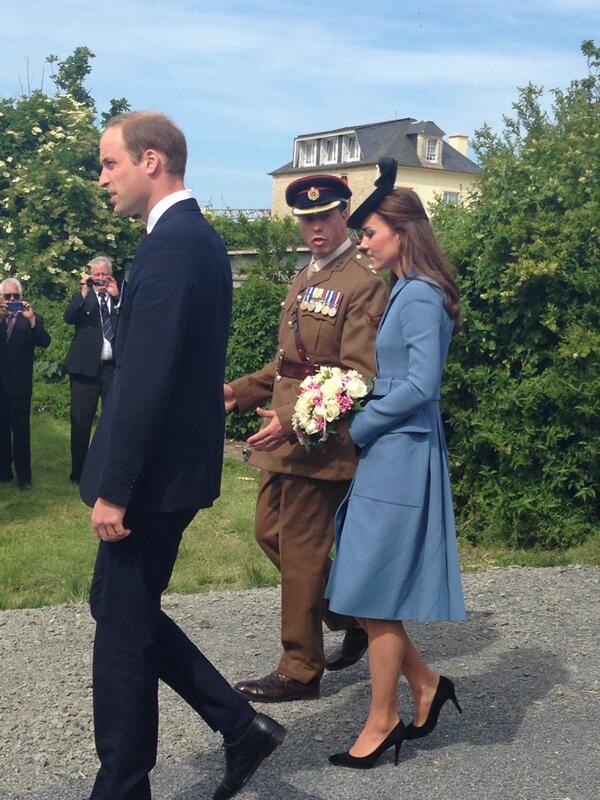 Today really is about the veterans who fought and died for our freedom during World War II.  I cannot do them justice, so go here for great pictures and summary of the day’s events.

The Queen was in Paris yesterday.  Here is an article about her visit.  I want to draw attention to this photo, the best photo of the Queen and Philip ever.  They’re adorable.

15 thoughts on “Queen joins Obama and other heads of state for D-Day commemorations (DoE, Charles, Camilla, Will & Kate join in)”