Today, Prince William attended two conferences to discuss the illegal wildlife trade.  He attended a conference at the Zoological Society of London earlier in the day, and tonight attended a reception at the Natural History Museum in London. 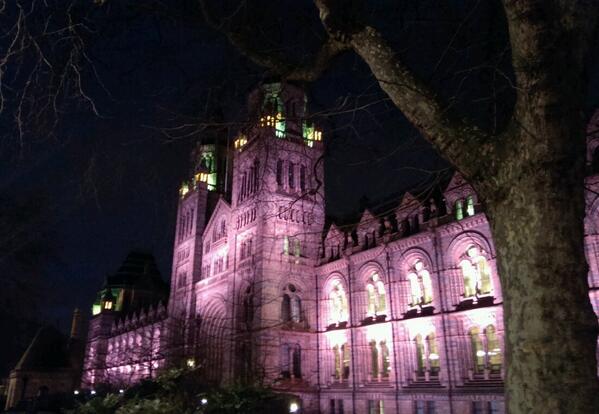 At the Zoological Society of London he said:

“The Forces that are currently destroying some of the world’s endangered species are sophisticated and powerful. But this week, we are seeing the creation of an equally powerful alliance, coming together to help fight them. The commitments set out today will begin to address the challenges of protection, enforcement and demand reduction. We will use our combined resources to ensure they succeed.”

At the Natural History Museum he said*:

“Tonight we are here with a single, shared purpose – to use our collective influence to put a stop to the illegal killing and trafficking of some of our world’s most iconic and endangered species.”

“Never before has a group like this come together – in these numbers – to stop the illegal trade in wildlife.  All of us in this room have a duty to make sure that tomorrow, February 13, is a date that marks the beginning of the end of this despicable trade.”

“We are, as a family, so honoured to be part of this movement. We will stay the course with you until you succeed.”

“It is estimated to be worth between 10 and 20 billion dollars each year.  Some might imagine it is a crime without human victim, but over 1,000 rangers have been killed in the past 10 years.”

“Every week, another two rangers are murdered by poachers. There is also evidence that poachers’ activities are funding international terrorism.”

“Tonight is an unprecedented gathering. The fact that we are all here gives me faith that we can turn the tide against the illegal wildlife trade. Let’s turn tonight’s goodwill into action, and, please, let’s be part of the movement that can tell our children and grandchildren that we saved these extraordinary species for them.”

William’s press office declined to comment on the Royal Family’s previous history of hunting—and not just wild boar and deer, Philip shot a tiger in 1961 (and then campaigns for the WWF—hypocritical bastard).  I’m glad at least some reporters were willing to bring that up.  They should press them harder on that.

*I’m quoting from the Express article; I have no idea if this was all one speech or not or if there are quotes missing since the quotes are spaced throughout the article.  I haven’t seen a video.  I will update when I can find one.

The Telegraph’s embed a video function hates me and won’t show up when I use the embed code, so visit their article to view the video of William’s ZSL speech. If I can find the video elsewhere later I’ll post it.

Picture is of the Natural History Museum that came from David Wilkinson’s twitter.  I’m using it because I think it’s pretty.