Kate parties with Pip, Will takes a selfie with fan, and other random news

Kate Middleton Prince William Princess Beatrice
January 4, 2014January 2, 2017 by katemiddletonreview5 Comments on Kate parties with Pip, Will takes a selfie with fan, and other random news

*Kate went to a party with Pippa on Monday without William.  I get why George wouldn’t be there, because he’s a baby, but why wasn’t William there with his wife?  Is William even actually in Bucklebury, or is that an excuse and he’s off somewhere with his buddies?  Maybe it was just girls night and William wasn’t invited.  Either way, William was not there and Kate was “really happy… glowing and full of life.”  Of course she was, because she was with Pips and not Will.  And not her crying baby that she probably doesn’t like.

*William took a “selfie” with a woman on Christmas day.  She wanted a picture with the Queen but had to settle for William.

*Princess Beatrice went on vacation with her boyfriend, Dave Clark, to St. Bart’s to celebrate the New Year.  She has gone on so many vacations this year.  The only reason I bring this up is because of the shoddy—or intentionally misleading to make up for lack of work—reporting by the writer of the article.  Here’s the quote:  “The break comes after a relatively busy schedule for the Princess, who has recently completed a business trip to Berlin, Germany, with her sister, Eugenie.”  Do you want to know how “recent” that trip was… it happened A YEAR AGO!  Seriously, a f-cking year ago.  That trip is far from recent.  What a load of crap.

*Totally random, but this photo appears in one of the articles so I saw it again, and is it just me or does William look super creepy in it? He looks sinister, like he’s a villain in a Disney film. He’s holding the baby like, “at long last it’s finally mine”, and then the hero would come kick his butt. 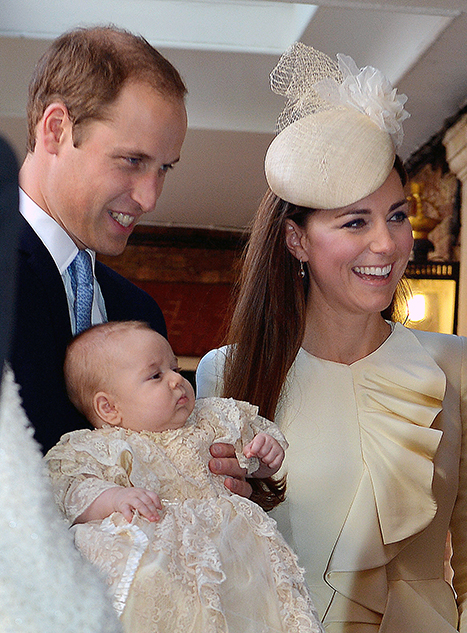 5 thoughts on “Kate parties with Pip, Will takes a selfie with fan, and other random news”