Princess Charlotte Elizabeth
May 3, 2020May 3, 2020 by katemiddletonreview

Saturday, May 2, was Princess Charlotte‘s 5th birthday. To commemorate her birthday, Kensington Palace released four photos of Charlotte helping pack up and deliver food packages for isolated pensioners in the local area around the Sandringham Estate.

The photos were taken by The Duchess of Cambridge in April. These images are, of course, just of Charlotte for her birthday, but delivering food to locals was a family endeavor.

In the image with the door, you can see in the glass Kate taking the photo and William (I assume) carrying food packages. In another photo, you can see one of the other kid’s arms sprouting behind Charlotte’s head (I would assume George, but I thought he was taller than that; but Louis is too small, so I don’t know).

I think these photos are well done, and it’s good to see the Cambridges helping out their community (I’m not going to nitpick about masks and gloves because we don’t know the full circumstances here).

I think Kate’s photography skills have come along way since her blurry Borneo photos, although I do think the angle on the photo above and photo below is throwing me off. But overall, clap and a half for Kate’s improved photography.

The original four photos were released at midnight on May 2, but later in the day KP released a fifth photo on social media as a “thank you for the birthday messages”. This is also a very lovely photo. It might actually be my favorite of these five, although the first one with Charlotte smiling at the camera is very nice, too. 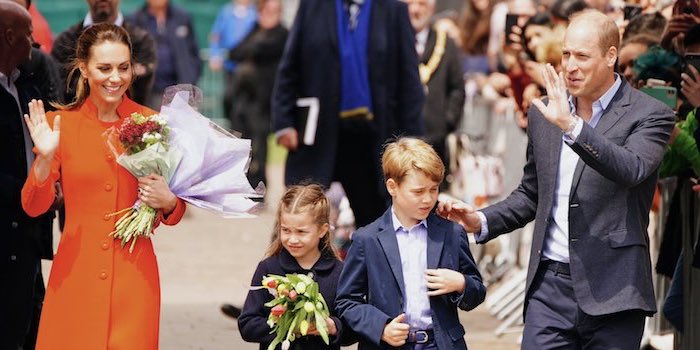