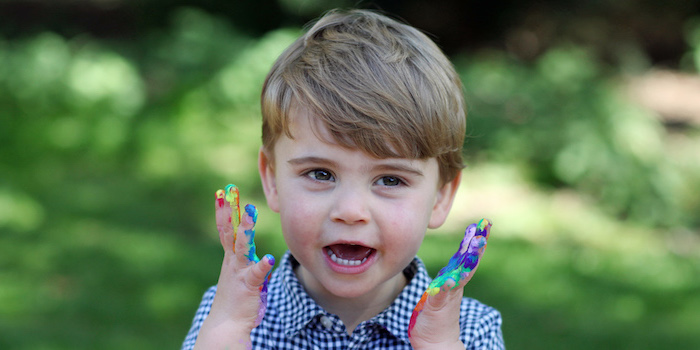 I never notice how fast time is flying until one of the royal kids has a birthday. Today, April 23, is Prince Louis of Cambridge’s 2nd birthday. When did that happen!?

In a world full of dreariness (it’s been overcast where I am for days), Kensington Palace released five new photos of Prince Louis in the midst of painting a rainbow handprint. The photos were taken by The Duchess of Cambridge earlier this month.

By far my favorite is this one above where Louis is showing off his painted hands to the camera. It’s such a kid thing to do; adorable.

Not that it’s a competition by any means, but these may be my favorite Cambridge kids birthday photos – they’re full of life and color and personality. I had completely forgotten about Louis’ birthday, so to see these photos randomly pop up is a nice respite from life.

KP also released a photo of the handprint Louis made. This is the second time, that I know of, that KP has released images of the Cambridge kids’ artwork (after KP released an image of George’s art for Mother’s Day). 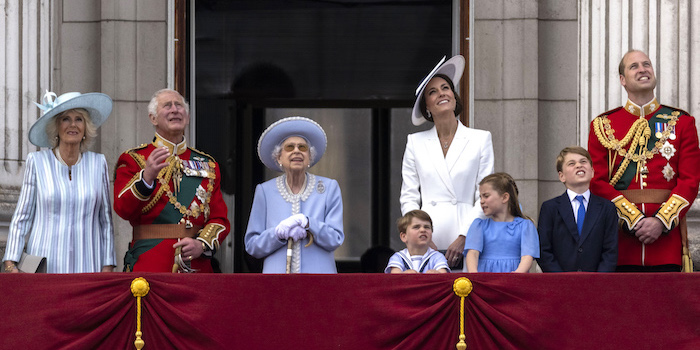 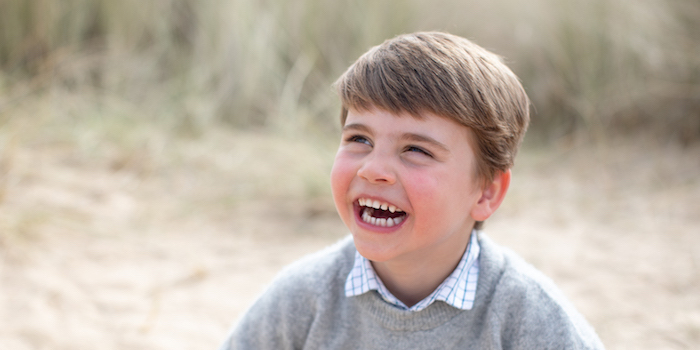