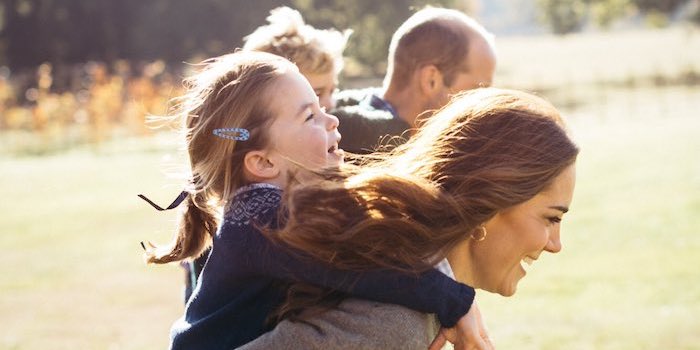 Prince William and The Duchess of Cambridge released a new photo for Mother’s Day in the UK, which is today, March 22.

The new photo features William and Kate with Prince George and Princess Charlotte playing in Norfolk in Fall 2018. This photo comes from the same photoshoot as their 2018 Christmas card and Kate’s 38th birthday photo.

It’s a nice photo; very active. You can’t really see William and George but it’s a lovely photo of Kate and Charlotte. The Cambridges don’t usually release new photos for Mother’s Day, that I’m aware of – the last one I remember was in 2014 but I could be wrong – so it’s nice to see something new, even if it is a year and a half old.

The other interesting photo KP released was a photo of a card George made for Kate for Mother’s Day this year of a vase of flowers.