After skipping last year, and drawing ire from many, the Cambridge clan decided to release a Christmas photo this year. 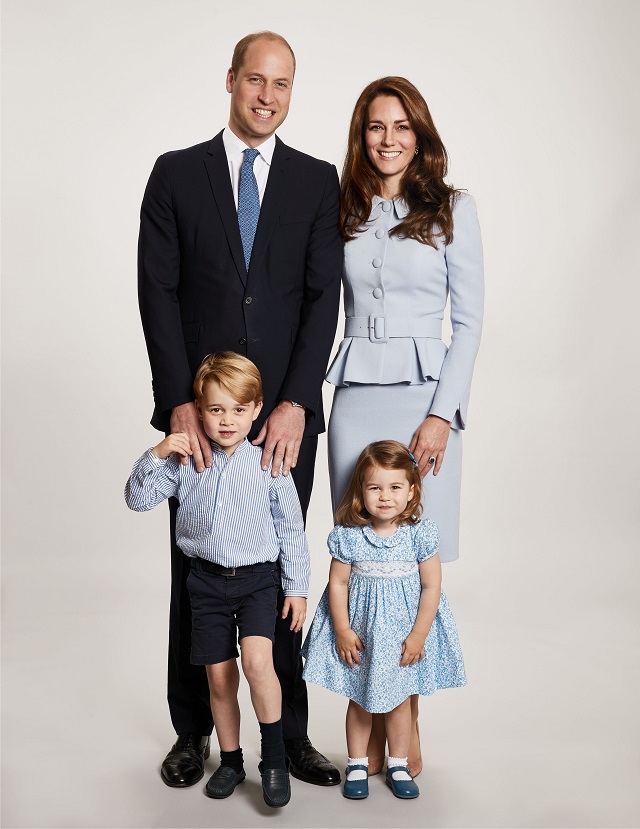 KP released this photo of Prince William, The Duchess of Cambridge, Prince George, and Princess Charlotte taken by Chris Jackson which has been used for William and Kate’s 2017 Christmas card. The photo was taken earlier this year at Kensington Palace.

Judging by George’s shirt and hair, I’d say it’s a safe bet that this photo was taken at the same time they took George’s birthday photo at the end of June.