Today, July 22, is Prince George‘s 4th Birthday! Kensington Palace released a new photo of George to mark the occasion. And because I don’t have time right now to write up articles on the last two days of the Cambridges’ tour, let’s look at this photo instead. 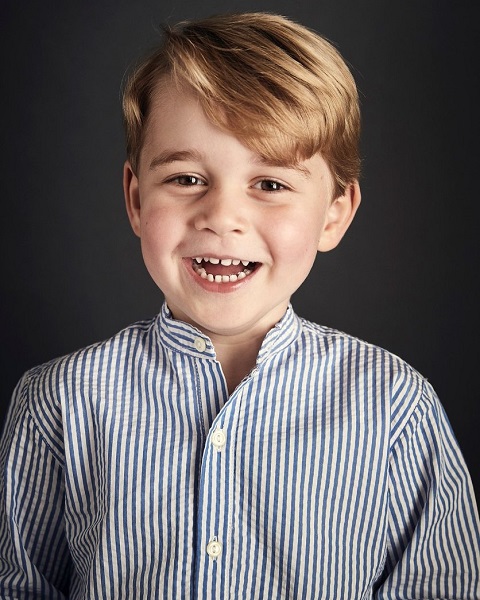 The photo was taken at Kensington Palace in London at the end of June by Chris Jackson (royal photographer and husband of Kate’s PA, Natasha Archer).

Jackson wrote on Twitter: “I’m honoured that the Duke and Duchess of Cambridge have chosen to release this portrait I took to celebrate Prince George’s 4th Birthday.”

KP wrote on Twitter yesterday when they released the photo: “The Duke and Duchess are delighted to share a new official portrait of Prince George to mark HRH’s 4th birthday tomorrow ? TRH are very pleased to share this lovely picture, and would like to thank everyone for all of the kind messages they have received.”

Wow, has time flown. I remember waiting with anticipation during July 2013 and constantly checking Twitter to make sure I didn’t miss news of the birth. How is it already four years later?