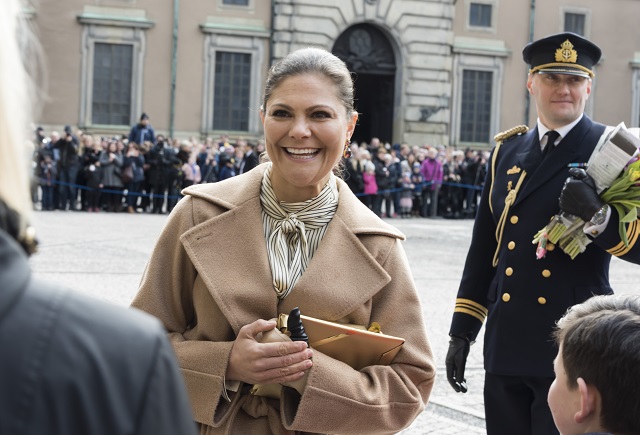 The Crown Princess’ name day is celebrated in the inner courtyard of the royal palace where the Life Guards Band performed the Armed Forces parade march. The concert also featured the songs Duke of Västerbotten Per Berg and Uptown Funk by Bruno Mars and Mark Ronson in the arrangement of David Bjorkman. The concert ended with With a simple tulip and a round of cheers followed by Victoria fanfare when the marching band, salute and guard guardhouse handed flowers to Victoria. 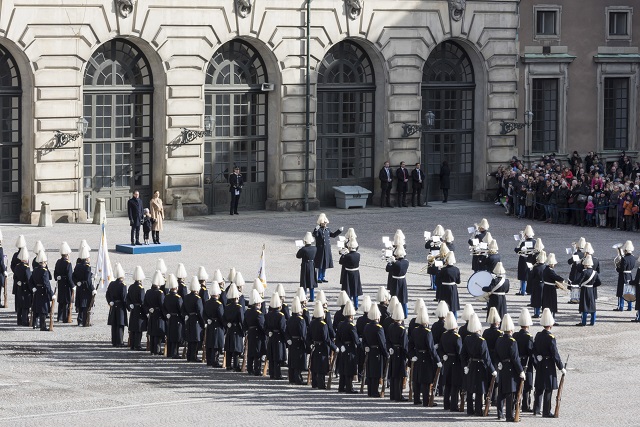 Victoria then greeted members of the public who had come out to the celebrations.

In the morning, Victoria held an audience with the Royal Flower Foundation who presented a check to the Crown Princess Victoria Foundation. The Royal Flower Foundation is a nonprofit foundation which raises money through various campaigns for the Crown Princess Victoria’s Fund. The fund is administered by Radiohjälpen and works for children and young people in Sweden with disabilities and/or chronic disease. 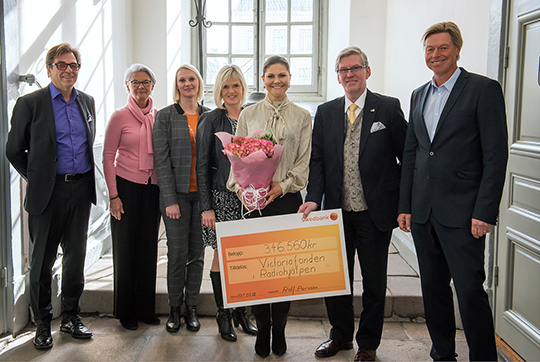 Crown Princess Victoria wore a MaxMara Belted camel hair coat ($2,690) in beige (it also comes in black). Underneath, she wore a By Malene Birger Aluda shirt ($240). Victoria’s earrings are by Caroline Svedbom – they are the Classic Drop Earrings in Burgundy, which are no longer available (they are still available in other colors and are priced at €79.20).

While on the stand, Victoria gave Estelle a hug and a kiss on the head. How sweet.

Here are the real stars of the day: Estelle and Oscar.