Kate Middleton made her first official public appearance on the year, on January 11. Kate visited one of her patronages, the Anna Freud Centre – their Early Years Parenting Unit. Yay for Kate doing an engagement to one of her patronages in the first half of January – that’s a first.

The Anna Freud National Centre for Children and Families aims to transform the experience of children, young people and their families with mental health issues by carrying out research to improve understanding of mental health and resilience, teaching and training a new generation of clinicians and researchers in the latest skills, and taking a leading role in the development of policy and practice in the UK and beyond to ensure that it is built on science, tested experience and has the input of children, young people and their families.

The Early Years Parenting Unit (EYPU), which opened in April 2011, is a specialist service offering assessment and therapy for parents with personality disorders/difficulties with babies and children under the age of five who are subject to a Child in Need or Child Protection plan, or who are on the edge of care.

Kate began her engagement at the Centre by meeting parents who have completed the EYPU treatment program and hearing about their experiences.

According to the Express, when asked if she was braced to spend the morning with a group of children under the age of five, Kate replied: “I did just leave a room of six under threes”. I don’t understand what she meant by that and neither does the Express.

After listening to the mothers tell their stories of completing the EYPU treatment program, which helps mothers grapple with problems such as a family history of abuse and addiction, Kate said:

“Parenting is tough. And with the history and all the things and the experiences you’ve all witnessed, to do that on top of your own anxieties, and the lack of support you also received as mothers… I find it extraordinary how you’ve managed actually. So really well done.”

Something personal I’ve been focusing on in my own life is being more articulate, calming down and taking a second to think about what I’m going to say before I say it, instead of blurting out something as quickly as possible. I wonder if Kate should try that, because she’s not the most articulate person. Or maybe she should rehearse lines ahead of time so she has something more to say than a rambling “well done”.

Kate then met families participating in a “theraplay” session which promotes the attachment relationship between parents and children. 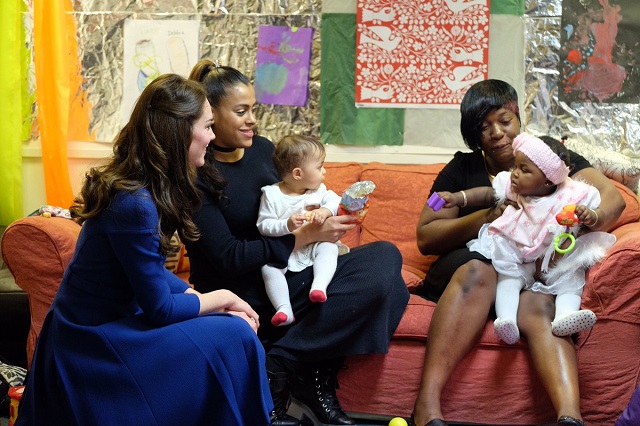 Kate then met the Centre’s staff. She also met families who have benefited from another of the Centre’s early years services, Parent Infant Psychotherapy (PIP). 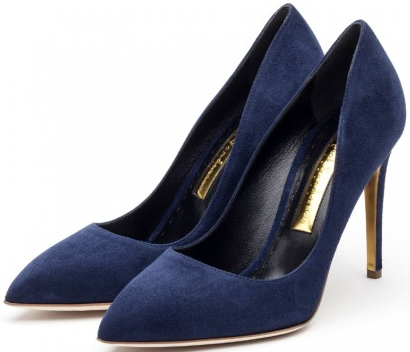 When I first saw this dress on Twitter from the side, I thought I was going to like it, but when I saw the front view I didn’t. I’m just not a fan of the “buttoned up to the throat” look. That’s just not my style, and I will never like something with that type of neckline. Oh well.

Judging by the tweets, which isn’t wholly accurate, Kate was at the Anna Freud Centre for about 1 hour and 45 minutes.

This is a preliminary post for now since I can’t find hardly any quotes from the engagement and no videos as of time of posting, but I will update later when quotes and/or videos are available. Kate has another engagement later today with William which I will cover separately (so please no thread-jacking).

Here’s a video of some of Kate’s interactions at the Anna Freud Centre. Unfortunately her quotes aren’t a part of the video. I couldn’t find any more quotes from her from this engagement.