Royal Round Up: Kate, Harry, Swedes, and more

This Royal Round Up includes: a couple of appearances added to Kate Middleton‘s schedule; Prince Harry flying to visit Meghan Markle, Camilla, Duchess of Cornwall at the Royal Variety Performance, Crown Princess Victoria and Princess Sofia getting back to work after a hiatus, Queen Rania at an event, and a new Luxembourg royal baby.

On December 19, Kate will join William, Harry, and Heads Together for a Volunteer Christmas Party with The Mix – one of the HT partners.

Not confirmed the Kate will attend, but the Queen’s BP Christmas lunch is on December 20.

According to The Sun, Harry jetted straight to Toronto to be with Meghan Markle for a couple days (ahead of an appearance today) instead of flying straight back to London after his tour, arriving in Canada on Sunday night. A “pal” said: “Harry just couldn’t wait to see her. He was due to fly back to London on a British Airways flight with the rest of his entourage. But he changed his mind and diverted straight to see her as they couldn’t bear to be apart. It’s just another sign of how head-over-heels he is about her. He is absolutely besotted. We’ve never seen him so happy – it’s great.”

Richard Palmer has a story at the Express saying that previously, at a November 10 briefing and again a few moments before Harry left Guyana, Jason Knauf said Harry would be travelling straight back to London.

The Telegraph has more about how Harry’s actions are a violation of royal policy. The Telegraph also reports that Harry flew back to London on Monday. EDIT: I saw Tanna tweeted that Harry didn’t get back to the UK until this morning. So… ?

Meghan was papped a couple times in Toronto in the last week, on December 2 and again on December 3.

On the December 3 outing she was wearing a necklace with the letters M and H on it. [US Weekly]

I’m not a fan of all lace dresses, but I think Camilla looks great here. 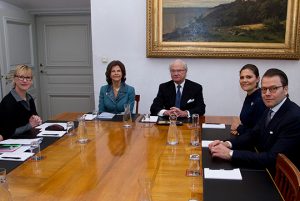 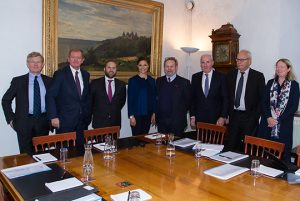 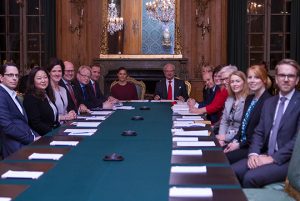 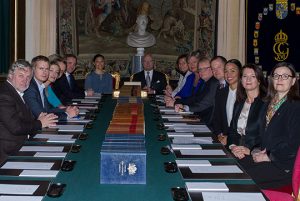 Sofia took almost a month off (after a meeting on November 1), but she was back on November 28 for a board meeting of the Prince Couple’s Foundation. 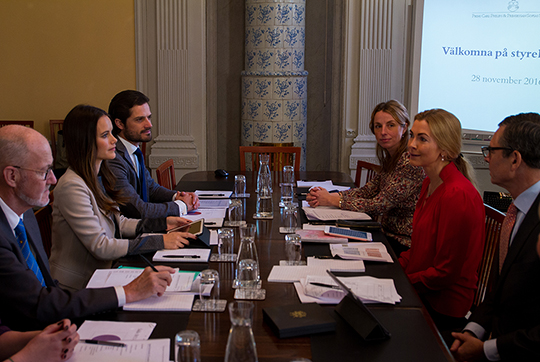 On November 29, Sofia attended a lunch on the theme of social entrepreneurship and sustainability at Hotel Diplomat in Stockholm.

On December 6, which was also her 32nd birthday, Sofia attended the Foundation Healthcare Leadership Academy “Ledarskapsdag”.

“It is truly an honor to be here tonight, with all of you; I am humbled to receive this award. Standing here, under these brilliant lights, in front of smiling faces and TV cameras, I’m reminded of how connected we are to each other—even right now, through lenses and screens. I’m also reminded of what it means to be seen. To be heard. To be acknowledged. It’s a privilege I don’t take for granted. Because every day, millions of children suffer unseen.

“Like Syrian children, packed into trucks and rubber boats to escape the barrel bombs raining down on their homes and schools. Or trapped under the rubble of eastern Aleppo after airstrikes pound their neighbourhoods, where a quarter of a million civilians are without access to aid or clean water and at risk of mass starvation. Yemeni children, their skin clinging to their bones, victims of a civil war they didn’t ask for and don’t understand. […]

“Millions of children are at risk of dying. But millions more are at risk of living as if they’re no longer here: isolated, wasting away, abandoned, or hidden from sight. Many are deprived not only of food and shelter but of a basic human right to education. This is the generation that will rebuild their communities when the wars end. The generation for whom school is a lifeline… and yet sitting in a classroom is now a mortal threat.

“We ask ourselves: how can this be? At a time of unprecedented progress and opportunity… when we only have to flip a switch or click a mouse to connect, engage, and tune in to the world… How can this happen on our watch? Our humanity, our empathy, our ability to walk in one another’s shoes—these are our greatest strengths. And if we use these strengths… if we hold ourselves and our leaders accountable… if we take action, together… then these children will not be alone. They will not be abused or exploited. They will not be vulnerable to recruitment by extremists. They will not be forced to weigh their right to education against their right to live in safety and peace.

“I have visited families in refugee camps, living in 4×3 tents thousands of miles from home. I have spoken with children who lost their relatives and watched their neighborhoods disappear. Even those who escaped physical violence bore psychological scars. And yet the words I heard, over and over, were not words of despair. I heard about plans and dreams—to study, to play, to become doctors, teachers, or humanitarians. They were words of hope, even in the most hopeless of places. A Heart for Children has nourished this hope, all over the world. Tonight, let us say to children everywhere: we see you. And tomorrow—and all the tomorrows that follow—let us work tirelessly to open our hearts and keep their hope alive.”

Rania’s dress is Valentino. This is way too busy for me.

Something nice to end on: Prince Felix and Princess Claire had a baby boy which they named Prince Liam Henri Hartmut. Liam was born at 3:59 on November 28, 2016 at the Clinique Générale Beaulieu in Geneva, Switzerland. Liam joins older sister, Princess Amalia. 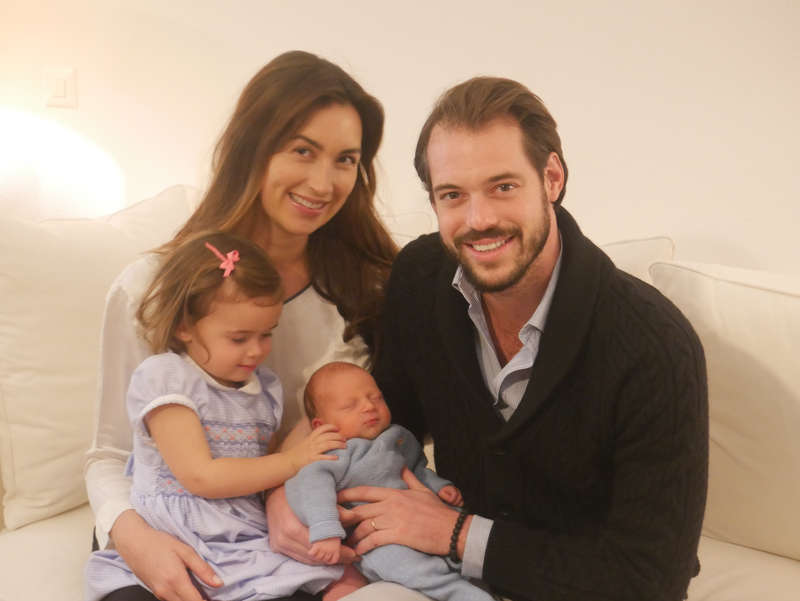