Well, this was unexpected. Just like that year, Kate Middleton did a surprise visit to a women’s prison yesterday, November 4. 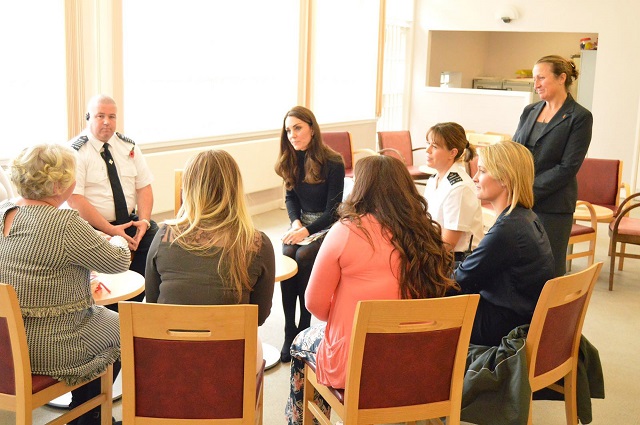 Kate visited Eastwood Park Prison in Gloucester, England to learn what support is available to women prisoners and their families. Kate met with the prison staff who explained their work with women with diverse needs including mental health concerns, family breakdowns, and addiction. Kate also met with a small number of female prisoners to hear their personal stories. 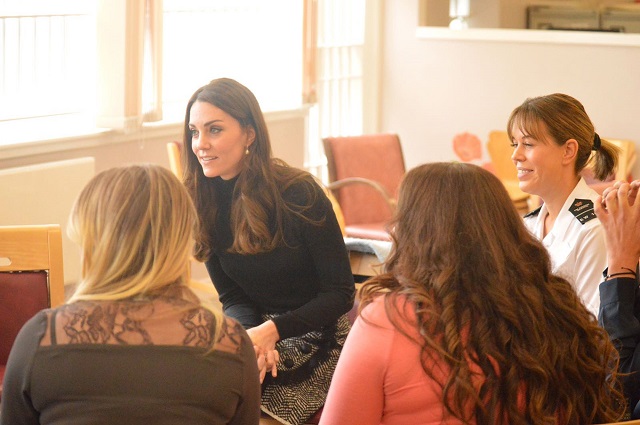 Following the visit to Eastwood Park Prison, Kate visited The Nelson Trust Women’s Centre which is a residential treatment facility which works with women in the criminal justice system and their families. The Centre supports vulnerable women deal with issues such as mental health, drugs and alcohol, and trauma and abuse.

Kate met with the staff of the Centre which, along with a second location, supports over 500 women annually.

Kate said during the meeting: “For a lot of these women, you are trying to deal with addiction, which is perhaps the underlying cause. I can imagine it being so complex with the mental health element in there and addiction to decide which one to address first.”

Kate then met with some women who have used the services to listen to their personal experiences. Kate then visited the children’s area.

The below photo is Kate making a face at 4-month-old Gabriel as she talks to his mother Hlengiwe Sithole.

Kate then, along with Chief Executive of the Nelson Trust John Trolan, unveiled a plaque to mark her visit. Kate also received flowers from a little girl.

Kate wore her Mulberry blue “Paddington” wool coat from the AW15 collection which we first spotted her wearing when she took a helicopter back to Norfolk after an engagement in London.

Underneath the coat, which she actually took off while inside, Kate wore a black turtleneck we’ve seen many times and her Dolce & Gabbana “Boucle Wool Blend Skirt” which debuted during her stint as guest editor of the Huffington Post UK. 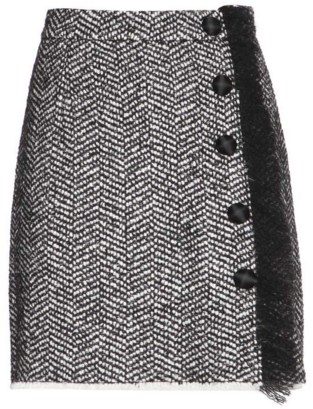 One of the things I’ve learned while covering the British royals is that what I call a Band-Aid is called a “plaster” in the UK. Sometime between petting Bob and visiting the women’s center, Kate got a cut on her hand which needed to be covered by a plaster. Aides said: “We have no comment on the plaster.”

Oh, and Kate picked up her own water bottle, which fell out of the car as she arrived.