Princess Madeleine has written a piece for Time about why she has chosen to campaign for ending child sexual abuse and tips for becoming a child protector. I’m also including quotes she gave to People about her kids and on possibly meeting Kate Middleton in the future. 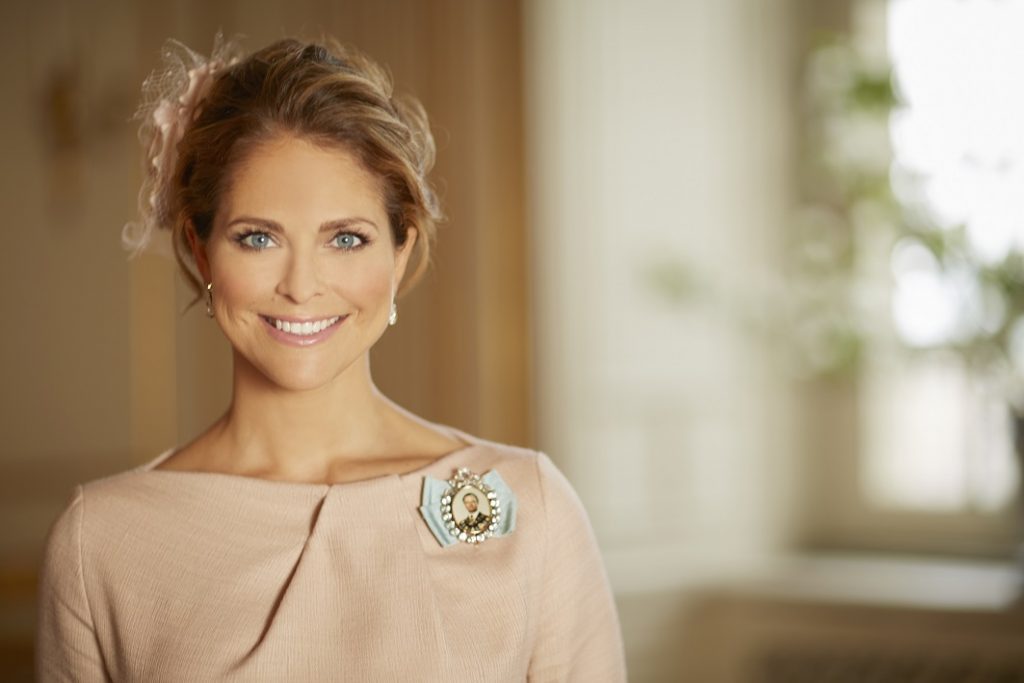 “According to the U.S. Department of Health and Human Services, nearly 60,000 children were sexually abused in the United States in 2014. Globally, 18% of women and 8% of men report being victims of childhood sexual abuse. Despite these astronomical numbers, child sexual abuse is rarely discussed and solutions do not adequately address the public health crisis affecting such a large number of children.

“We know that children who are sexually abused are at a greater risk for later mental health and anxiety syndromes, including depression and suicidal thoughts. The societal and economic consequences of not addressing the problem, or investing in prevention of, sexual abuse of children are grave. In 1999, my mother decided to use her voice to speak about children’s rights and founded the World Childhood Foundation, which has since funded more than 1,000 projects in 20 countries. I have always admired my mother’s courage and aim to continue her work in combatting child sexual abuse. Now as a mother of two, I am even more determined to help create a world free from sexual abuse for all children in our lifetime.

“Learn the facts. We live in a digital world and it is crucial that technology is integrated in our fight. The new mobile app ‘Stewards of Children Prevention Toolkit’ provides tools and educational resources for adults to prevent, recognize and respond to child sexual abuse.

“Talk about it. Create a safe environment to talk to your child about sexual abuse, including body safety, anatomical language and personal boundaries.

“Recognize the signs. The most common signs of sexual abuse are emotional and behavioral changes, such as ‘too perfect’ behavior, withdrawal, fear, depression, unexplained anger and rebellion. Indirect physical signs can include anxiety, chronic stomach pain and headaches.

“React responsibly. If a child shares that they have been abused, stay calm, praise the child’s courage and listen.

“As a new school year begins, let us commit together to keep our #EyesWideOpen and ensure that we keep the children in our lives safe from all forms of violence.”

I don’t have much to add other than I have so much respect for Madeleine and Queen Silvia (who held meetings for World Childhood Foundation on September 27 and 28) for being involved with this cause.

You can find the Stewards of Children Prevention Toolkit here. Below is Maddie’s video announcement of the app.

While doing press for the Wold Childhood Foundation Thank You Gala 2016, Madeleine spoke to People.

Maddie has not met Kate, but said: “I’m sure we will cross paths – and who knows what we will do when we do!”

On keeping Squirmy Monkey Leonore busy: “We try to do a lot of activities because my little Leonore, she has lots of energy, so we have to keep her stimulated and busy.”

On the closeness between the Swedish royal siblings and cousins:

“We’ve always been quite close – even though I’ve lived abroad – but when you have kids, it’s an extra connection. And the little cousins, Leonore and Estelle, they’re very close – they’re more like sisters. Victoria and I try very hard to make it so they really can see each other and play and have fun. Cousins are great – they are your friends, but they’re family. They can support each other.”

BTW, People described Maddie’s and Kate’s work this way: “Madeleine works on behalf of vulnerable children with the World Childhood Foundation. And Kate has made major efforts in erasing the stigma of children’s mental health.”

Bahahaha! Madeleine actually worked full time with Childhood USA and created two different initiatives (ThankYou by Childhood and #EyesWideOpen), while Kate shows up to a handful of mental health related engagements a year and probably doesn’t even read her briefing notes. Have all the seats, People.

Maddie posted a new photo of Leonore to her Facebook page with the caption: “The fall is here!” 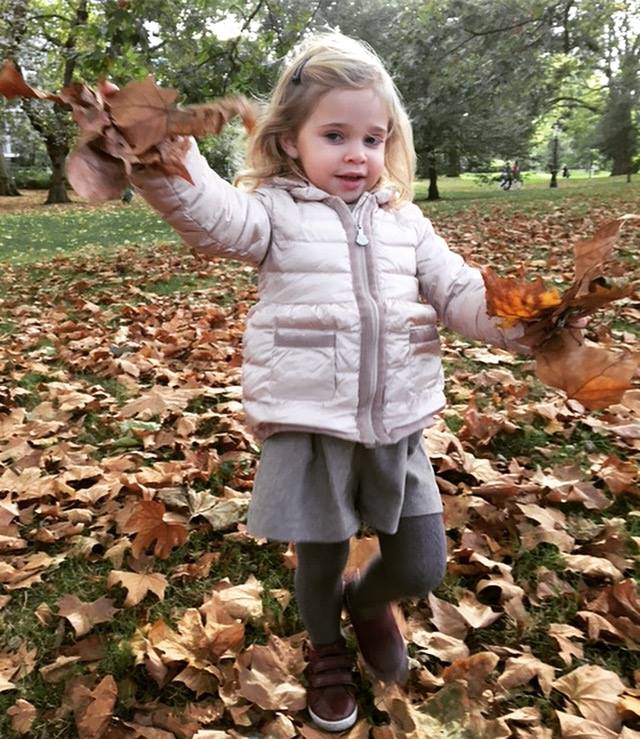 Below photos from Leonore’s visit to Gotland, Prince Alexander’s Christening, and the Thank You Gala. 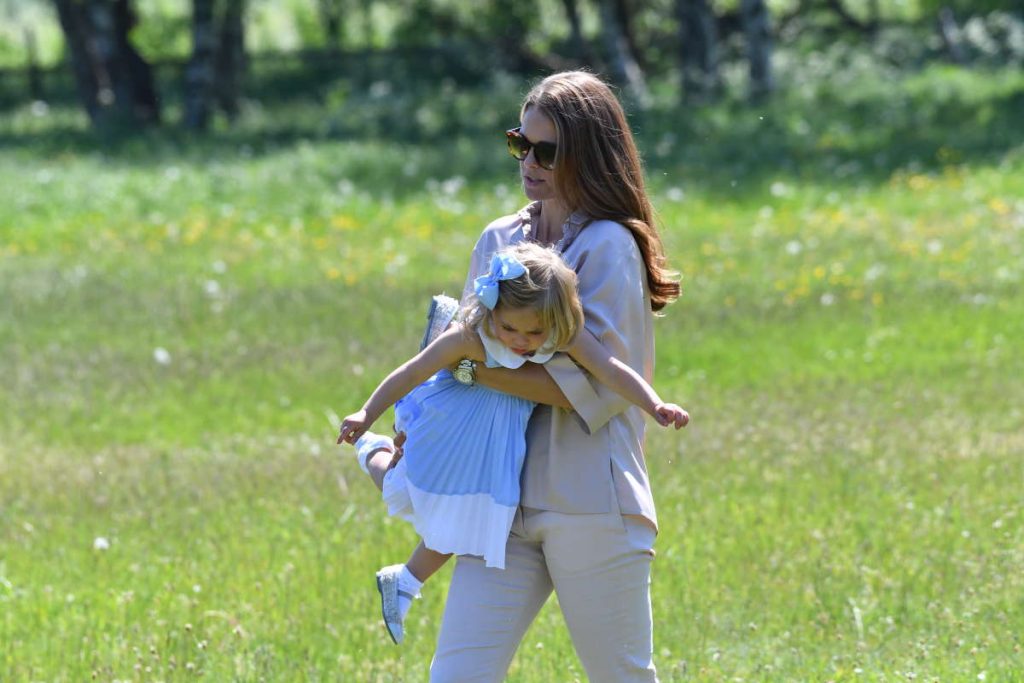 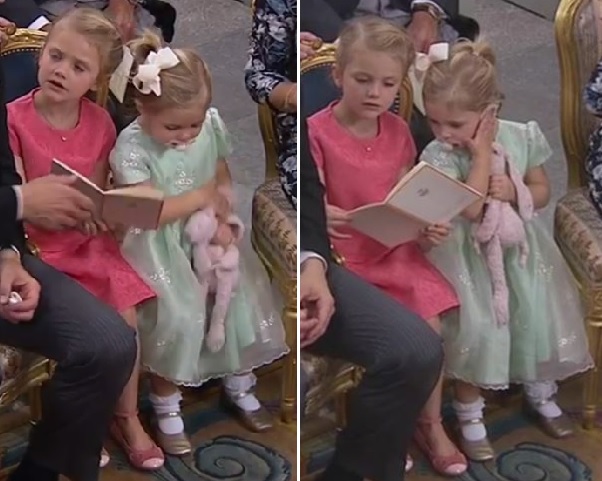