Prince William and Kate Middleton completed their second day in Canada yesterday, September 25, by hanging with Trudeaus again and admitting that they don’t read their briefings.

William and Kate began their day with a sea plane ride from Victoria to the Vancouver Harbour Flight Centre – which was about 10 minutes late due to weather. The first thing William and Kate did after landing in Vancouver was do a walkabout with the waiting crowd.

The royal couple’s next stop was the charity Sheway – a Pregnancy Outreach Program (P.O.P.) located in the Downtown Eastside of Vancouver. The program provides health and social service supports to pregnant women and women with infants under eighteen months who are dealing with drug and alcohol issues. The focus of the program is to help the women have healthy pregnancies and positive early parenting experiences by engaging women in accessing prenatal care and a range of other supports during pregnancy, promoting health and nutrition of women and their children accessing prenatal and postnatal care, providing education, referral, and support to women to help them reduce risk behaviors and, in particular, to reduce or stop use of alcohol and other drugs during pregnancy. 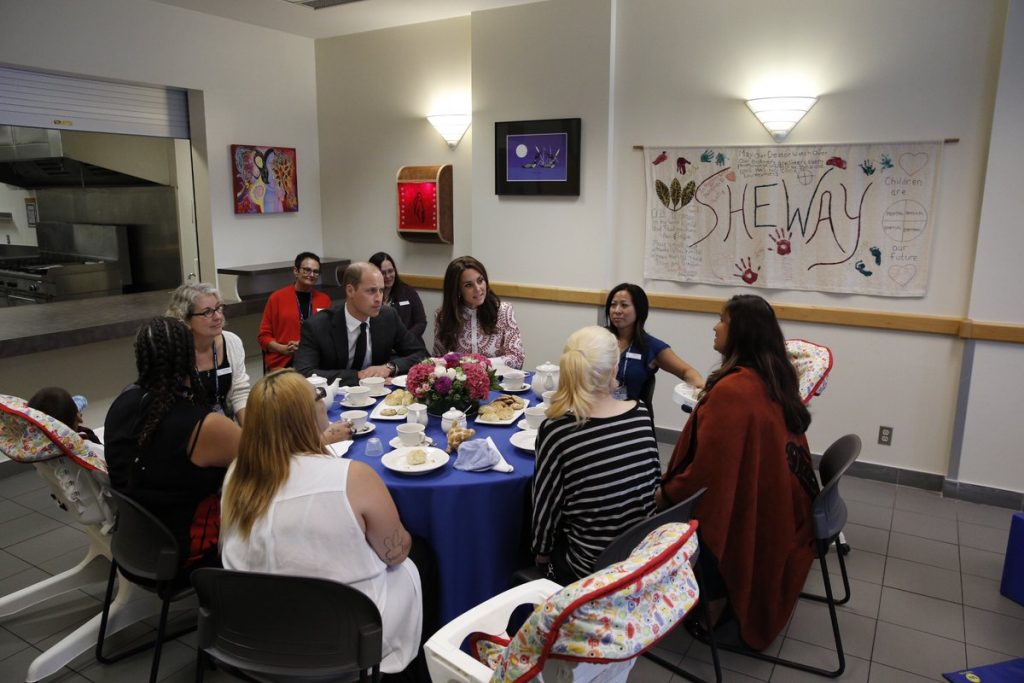 “Ron Abrahams, a physician who works with Sheway, told William how Princess Diana had opened the Women’s Reproductive Maternity Service in Glasgow in 1990, which Sheway has modelled itself on.

“It was one of the reasons for the visit and a fact briefed to journalists before the tour but William said: ‘Oh, I didn’t know, that’s good to hear. It’s probably in my briefing notes somewhere. I’ve got this huge file of notes I haven’t managed to get through yet but I’ll get there.'”

Kate and William were presented with two teddy bears for Prince George and Princess Charlotte. Five-year-old Hailey – whose mother was 17 when she was born and lost her daughter due to her battles with substance and alcohol abuse but got her back when she was three after having been involved with Sheway – presented the teddy bears. More from the Express:

“‘I love your dress, it’s so pretty,’ Kate told Hailey, who gave William and Kate a teddy each with a specially customised red and black vests for Prince George and Princess Charlotte. ‘Thank you so much, Charlotte will love this, she loves her teddies,’ said Kate.

“‘George too, he’s a big fan, thank you so much,’ William said. ‘You’re all such well behaved children,’ he told the group of toddlers and babies taking part in the session. ‘I’m so impressed!’

The couple then watched a baby weighing session with three-month-old Jasmine. More from the Express:

“William and Kate were very taken with Jasmine, who was wearing a pink dress and matching pink hair band and bow, bending down to wave at her. ‘Look at you, all dressed up,’ said William. ‘Aren’t you doing well, with all this attention.’

“Kate told Ms Hydrochuk: ‘She is so incredibly sweet and I can’t believe how good she is. Whenever we used to put George or Charlotte on the scales, they would never stay still.'” 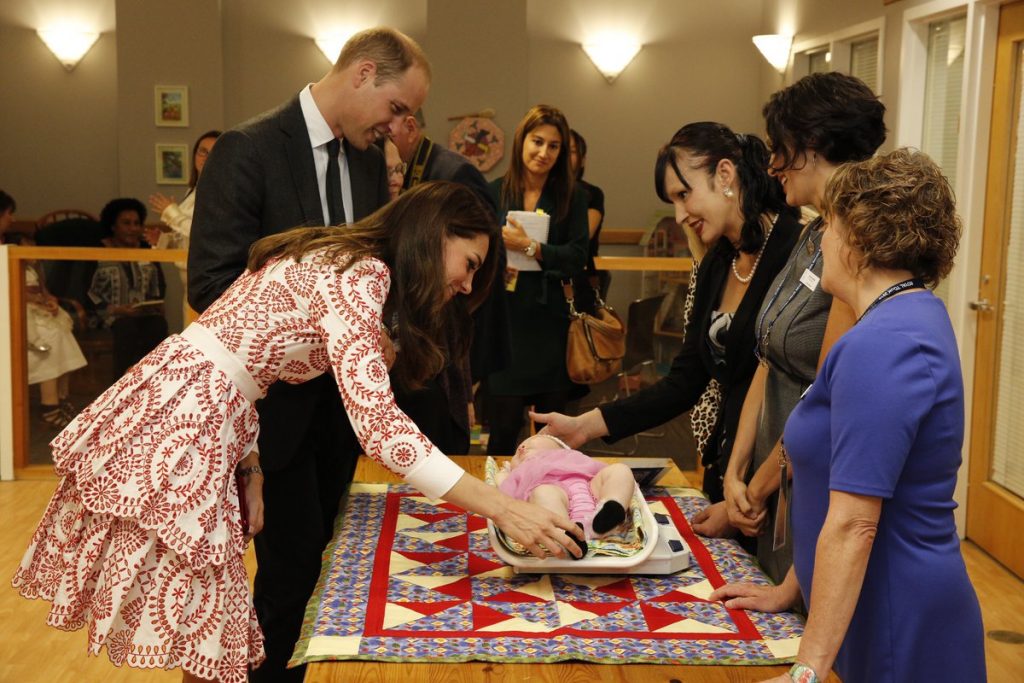 William and Kate participated in a round table discussion where tea and cakes were served, but both declined to eat. Even more from the Express:

“Kate told the group of mothers at the round table discussion: ‘What you’re all carrying as mothers and what you’ve all been through, is a huge, huge burden and just being able to come here and share your stories with us and each other is amazing. You’re giving your children an amazing chance by coming here and being able to talk about your stories.’

The next part of William and Kate’s day involved meeting up with Justin Trudeau and Sophie Grégoire Trudeau at the Immigrant Services Society – which has been providing a variety of support services for immigrants and refugees to help them get settled and find careers since 1972, with targeted programs for refugees, women, children, and youth.

William and Kate met with Syrian refugees Yosra Alamahameed and her daughter, Reemus, and watched children play in a sand pit.

William and Kate unveiled a plaque and Kate received flowers from a little girl.

BTW, in the crowd outside the ISS, there were some people with a makeshift mock guillotine and a sign that read “No Kings No Landlords”. Look, I don’t care what you think of the royals, but this is quite terrifying. No one should ever have their lives threatened. And if this is just a joke, it’s not a funny one and it’s still not okay.

Some Canadians are more pleased to see William & Kate than others pic.twitter.com/Xut3ZXBxud

The royal couple then attended a Young Canadians reception at the Telus Garden where William and Justin met with members of the Canadian Olympic team and Kate met with young people who are helping to build Canada and making a difference in their communities.

The final stop of the day was to the Kitsilano Coast Guard Station for a Canadian Coast Guard and Vancouver First Responders Event.

The Cambridges and the Trudeaus departed the Coast Guard event in a hovercraft before the Cambs flew back to Victoria.

For Day 2, Kate wore a bespoke Alexander McQueen dress with a tiered skirt from the Resort 2017 Collection (which the Mirror reports as costing £4,000). Kate seems to have elongated the skirt and changed the sleeves from the dress shown below. 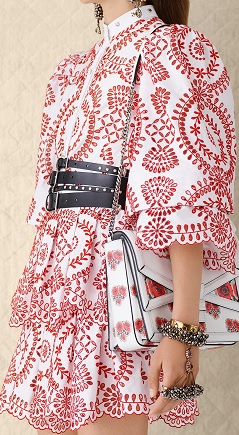 Kate paired the dress with a new red Miu Miu Bow-Embellished Suede Shoulder Bag ($895), and a new pair of red suede pumps (which I think are the Russell & Bromley “Pinpoint” pumps (£165.00), though Kate’s seem to be more of a cherry red color). Kate also wore her Cartier watch and a new pair of diamond and pearl drop earrings. 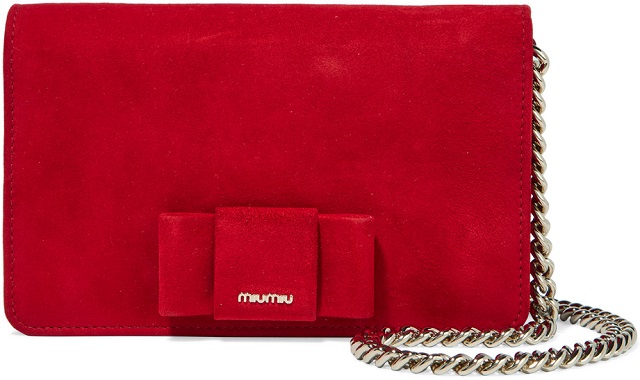 I have mixed feelings about this look. On the one hand I LOVE the red bag and pumps, but on the other hand I don’t much care for the print or the restrictive neckline. I don’t mind the tiered skirt or the fact that the look is in Canadian red and white. So I’m torn. If this look had been a skirt with a solid white top and the red accessories, then I think it would have been a hit for me.

I’m including this photo for two reasons: 1) To show off William’s outfit, which I think looks good on him (love the dark jacket paired with the dark pants); and 2) To show that Kate can walk with his arms at her sides.