Prince George made his first public appearance on UK soil yesterday, July 8, when he accompanied his parents, Prince William and Kate Middleton, to the Royal International Air Tattoo air show. 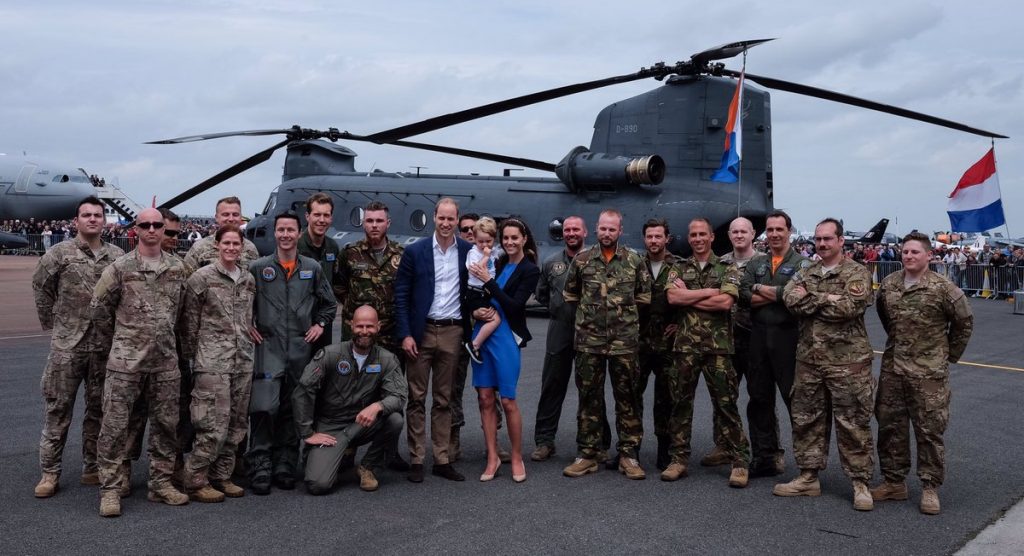 The Air Tattoo features hundreds of aircraft both in flying displays and on the ground, and has several different areas of entertainment for visitors. 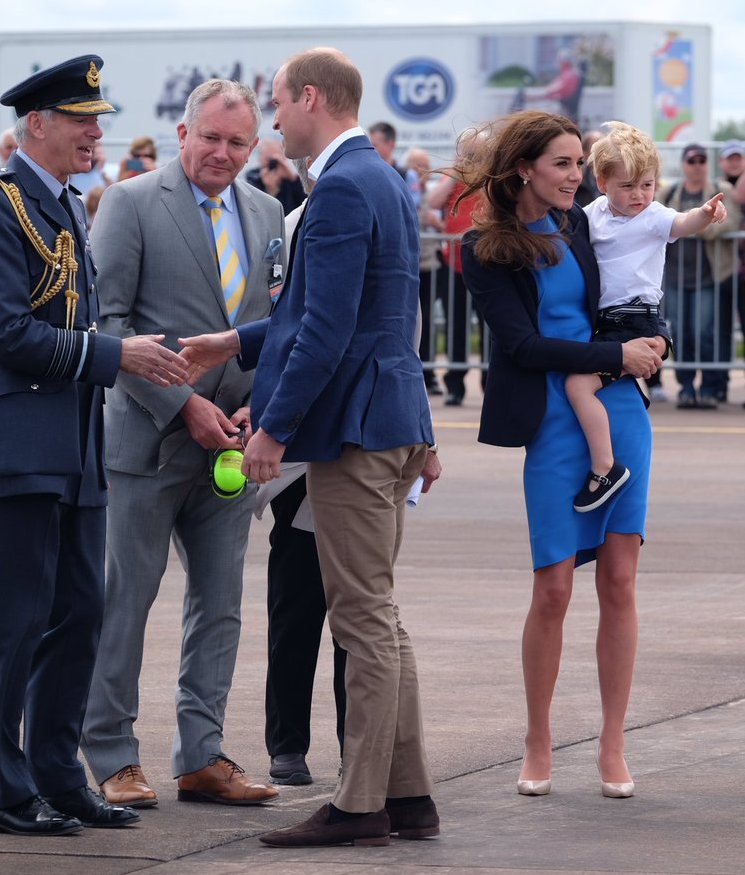 The Air Tattoo is billed as a family-oriented event, which is why the Cambridges brought George. It was too loud for him, though, so they put ear protectors on him after he started crying. 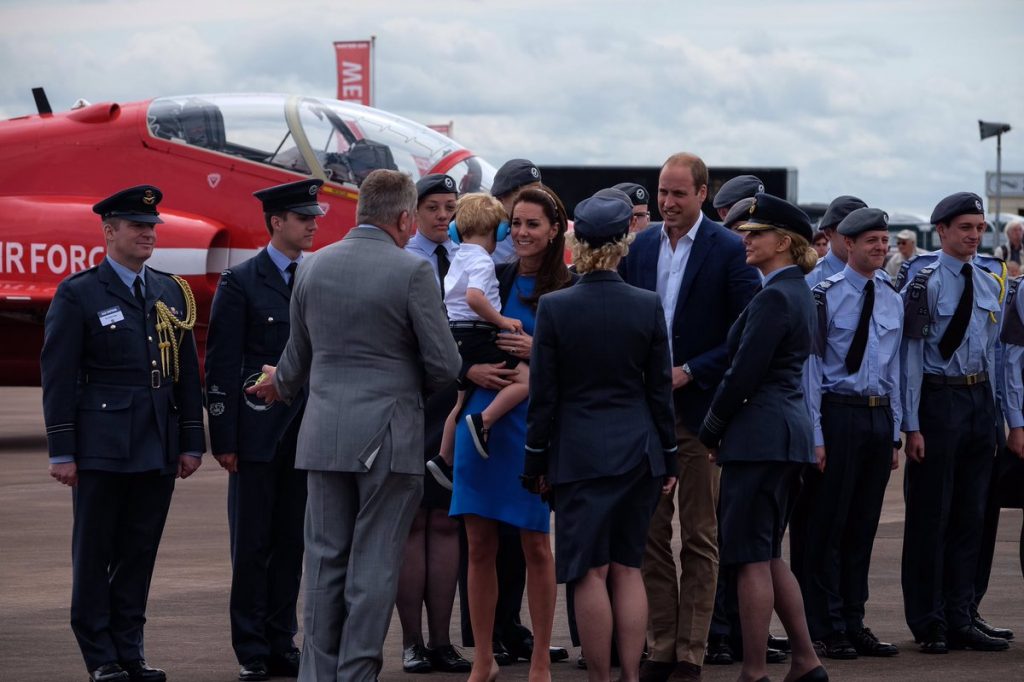 Kate met with television star Carol Vorderman who is ambassador for the Air Cadets. Vorderman said of meeting Kate: “She is patron, Dawn runs the Air Cadets now and I am ambassador and honorary group captain so we had the three women together. I think it is a highly important message for the RAF. The recruitment of girls to the Air Cadets had gone up rapidly over the past six years.” 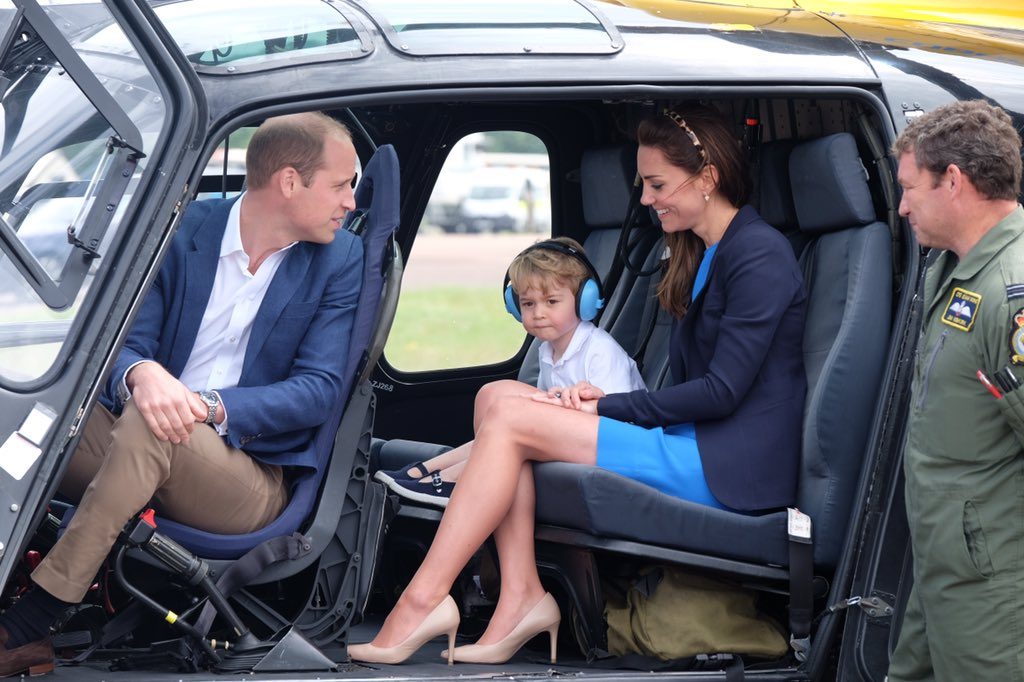 Hobkirk said of the interaction:

“As I suspected, Prince George was a bit overawed with the noise and being inside the helicopter. It was a nice family moment. The Duke was talking about ways of flying. George was very, very quiet. He is not even three years old. He was very interested in the tail rotor. I imagine the Duke has told him about helicopters because he knew what it was – he kept saying ‘tail rotor’.

“They seemed very relaxed. The Duke said he missed flying, he wishes he could fly more and he said he was envious of me. I think the Duchess was concerned with trying to make the young Prince happy.”

OH MY GOD William “MISSES FLYING”!?!?!?!?! Isn’t he supposed to be working part time as an air ambulance co-pilot!?? If you want to fly more, William, go do your NORMAL JOB you wanted so much!!!!

George got to sit in the cockpit of a Red Arrows Hawk. 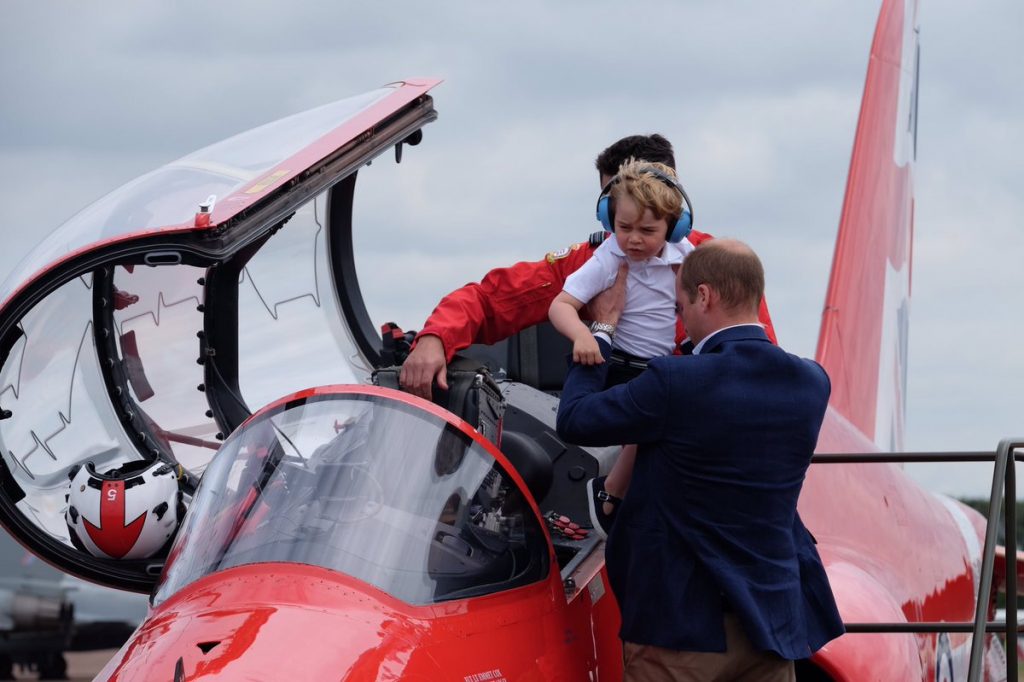 Here’s a video of George at the air show and sitting in the cockpit of a Red Arrow and in the helicopter. I think it’s cute that George kept wanting to be held.

Kate chose a bunch of repeats for the air show: her Stella McCartney “Ridley” blue dress which she has worn a bunch of times now; her Smythe one button blazer ($595) that she’s had for several years; her LK Bennett “Floret” nude pumps debuted during the India tour; her Kiki McDonough Lauren Leaf Earrings debuted last year; and the Alice headband she wore to the horse show in May. Kate also wore a necklace – the gold chain of which is visible in some photos – but it was hidden under her dress.

If there were any engagement where pants, flats, and a bun were appropriate, this would have been it. I think it’s a bit odd that Kate knew she was going to have hair difficulties so she brought the headband, but didn’t think to just wear her hair up instead. At least the dress Kate chose doesn’t have a full skirt with fly-away capabilities, so props to her for choosing an appropriate dress.

I’m glad that William and Kate brought George to an engagement. It’s fun seeing a bit more of his personality and him interacting with his parents, they clearly have a good relationship with him.

Here are some more cute photos of George. He looks so much like my now-18 year old cousin when he was this age it’s unbelievable.