Day 6, you guys, Day 6 (April 15). Prince William and Kate Middleton‘s royal tour had them in Bhutan for a second day where they hiked several hours to Tiger’s Nest monastery before attending a reception celebrating UK and Bhutanese friendship and cooperation at their hotel.

Because of the time difference, this tour has wrecked havoc with my sleep schedule, but because I finished my post on Day 5 early in the day and didn’t have to do another one I decided not to stay up and follow the tour on Twitter and instead got a good night sleep for once this week. When I woke up and checked Twitter, I saw all the reporter’s tweets about their hike, and William and Kate’s hike, and then their interview, and then tweets about the end of the hike. I didn’t know what happened and thought “They didn’t go all the way to the actual monastery? What a waste!” But it turns out they did hike the rest of the way to the monastery, but that part was private. Which is a huge bummer to me since I was looking forward to photos of the monastery.

So William and Kate did go to the monastery, but it was private and the press was not allowed to go with them even though they had been given permission by Bhutan – it was KP that blocked the press. That caused a big mess between KP and the TV crews which resulted in a brief interview with the press after they came back. 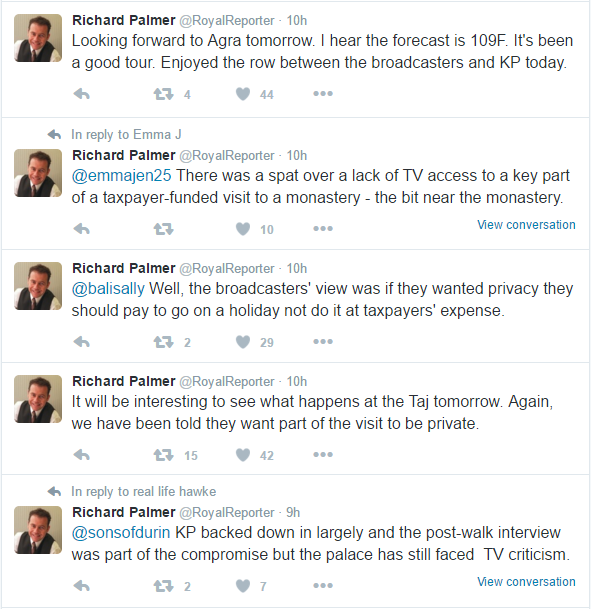 William and Kate stopped half way during the hike to rest and talk to the monks and pose for photographers. They also spun the prayer wheels.

As the couple showed up to the press pack, William was sweating but Kate “showed no signs of struggling on the hike” which prompted Richard Palmer to wonder whether Kate had stopped to “freshen up” before the photo call (Amanda Cook Tucker and Natasha Archer also did the hike). It makes sense – I wouldn’t want to have a photo call while sweating and red faced after hiking for an hour or so.

As mentioned, William and Kate did a short interview with the media after the visited the monastery.

William on the what Tiger’s Nest was like: “It was amazing, beautiful scenery as you saw and you know with the mountains like this and the temples at the top, it was just stunning to walk up there, see all the scenery, and to witness some of the history and religion of the country. It’s really important when you come on a trip like this to see some of that.”

William saying that the hike got harder after the halfway point: “Yes, I may have slightly spoken too soon; it was a little bit cheekier on the second part, definitely.”

Kate on how she liked it: “It was an amazing experience, yeah. I felt very lucky and fortunate to see such beautiful scenery, and um, as William said about the country.”

William on Charles’ hike in 1998: “Well my father didn’t make it to the top, so that’s something I’ll be reminding him when I see him.”

William on bringing George and Charlotte: “I’m sure it would be lovely if the children could come as well, definitely.”

Kate on seeing a small child a the monastery: “We did actually see one family up there with a small child on her front and actually very brave of them to… [can’t understand what she’s saying].”

William on missing the kids: “Massively, yeah, of course. And we are looking forward to seeing them, but they’re in good hands.”

[my transcription of the video below]

Full Video: William & Kate talk to the press about the experience & missing their kids after completing their hike https://t.co/CeySCHLWjr 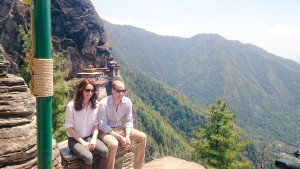 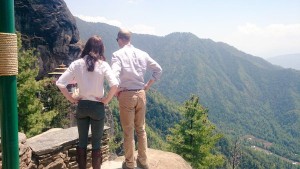 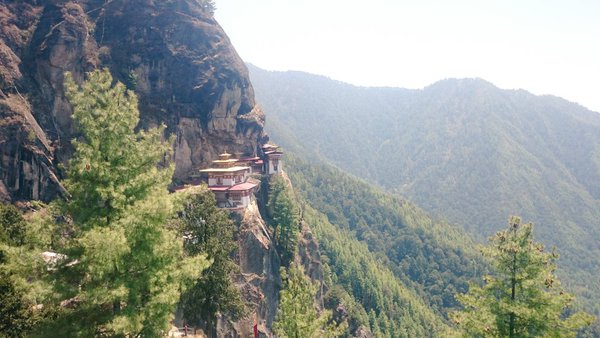 When they got to the midway point, Kate joked: “It’s a great way to burn off the curry.”

The dog in this photo is everything to me right now.

William and Kate both purchased little trinkets: Kate a pair of earrings for 500 rupee/£6; William a bronze tiger for 200 rupee/£2.

I like these earrings, but they don’t look like Kate’s personal style at all and I highly doubt we will ever see her wear these. 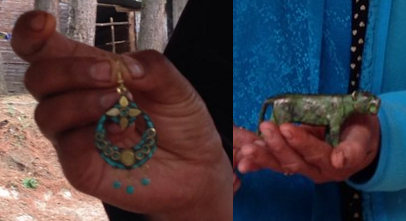 Kate’s hiking outfit consisted of a new Jaeger “Classic Linen Blouse” in white (£89.00), Really Wild “Nubuck Waistcoat” in olive green (£495.00) which she first wore in 2012, skinny jeans, Penelope Chivers “Long Tassel Boot” (£475.00) that Kate has had since at least 2005, Kiki McDonough Citrine drop earrings she’s had since 2011, and her Flora Garments Indian embroidered stole she debuted the other day. 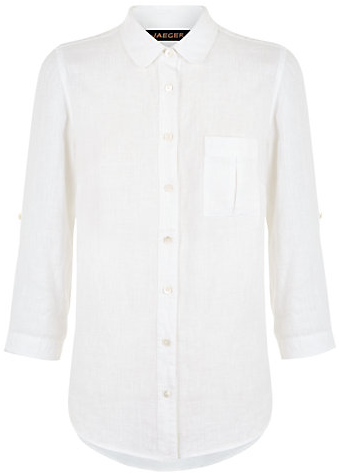 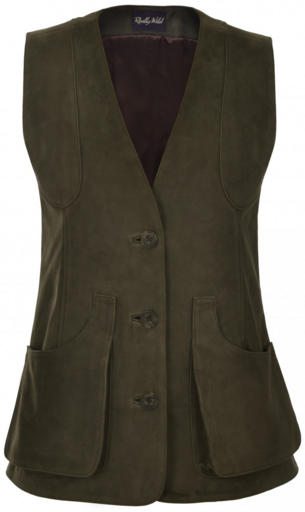 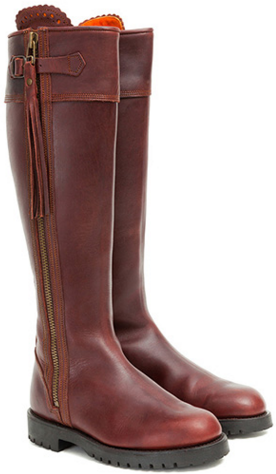 In the evening, William and Kate attended a reception at their hotel for guests who are Bhutanese and lived in the UK and British who are living in Bhutan. 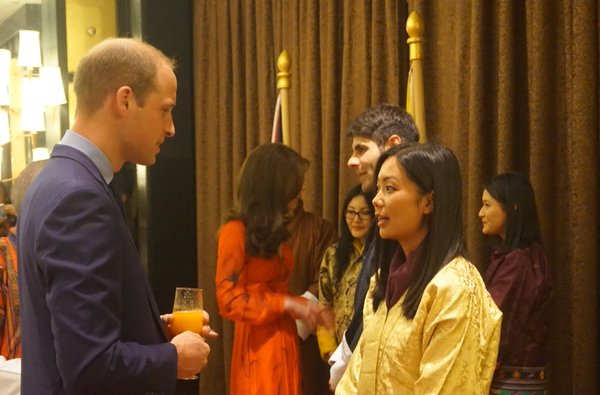 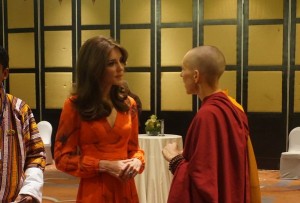 She paired the new gown with her Cassandra Goad “Temple of Heaven” earrings and Gianvito Rossi “Crisscross Ankle-Wrap Suede Sandal” which she’s worn a few times this tour. 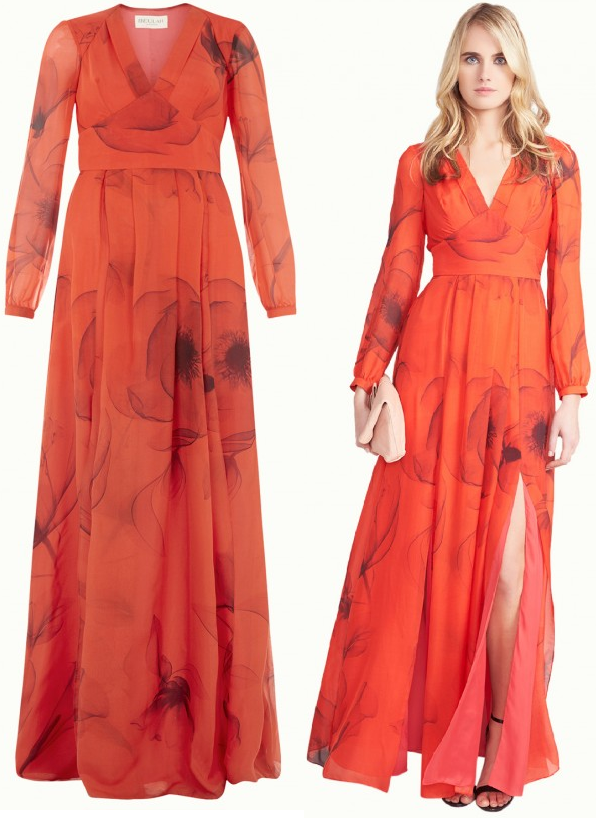 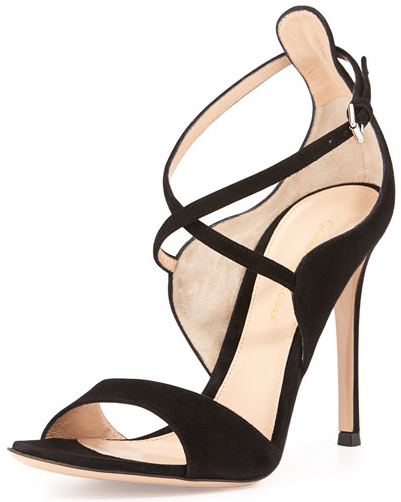 William and Kate got their photos printed on real Bhutanese stamps as a departing gift. 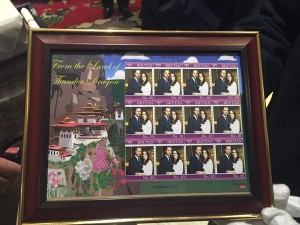 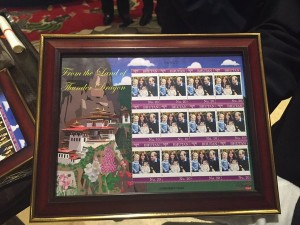 “The Duke and Duchess were angry to hear about the killing of this rhino during their visit. They hope their time in Kaziranga encourages others to support the brave rangers that are protecting animals that are so important to the communities that surround the national park.”

ITV says the rhino’s death happened hours after William and Kate left, while KP’s statement says it happened while they were there. I’m wondering, did William and Kate’s visit, which pulled rangers in so they could meet them, impact the number of rangers who were protecting the animals in the park? There was a killing two days before, so maybe not, but it’s a question I had when I initially read KP’s statement on Twitter.

Oh, and ITV says “Prince William was said to be ‘appalled’ by the poaching that happened shortly before the couple’s visit and has vowed to help tackle poaching.” Maybe giving the speech you promised us then reneged on would have helped there William? But I guess you were too busy having fun on safari and feeding baby animals.

OH and one more thing, the King of Bhutan is a really great dude. He sent all the journalists gift bags. 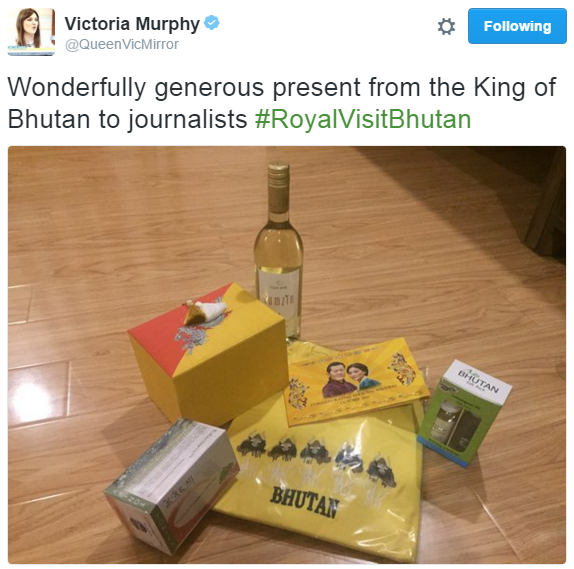 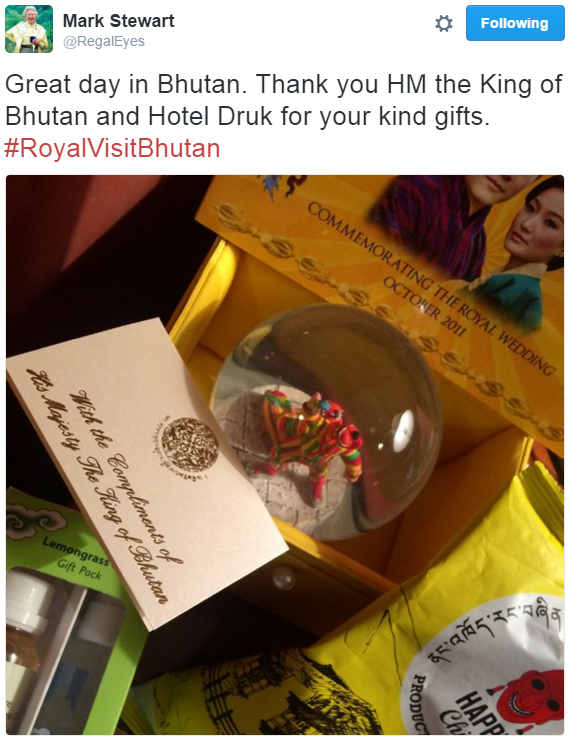