Oy, I’m already behind. Here’s a quick post about the second part of Day 3, April 12, of Prince William and Kate Middleton royal tour of India. After their final engagements in New Delhi, the Duke and Duchess of Cambridge flew to the Indian state of Assam where they attended a campfire celebration of the Bohag Bihu festival. 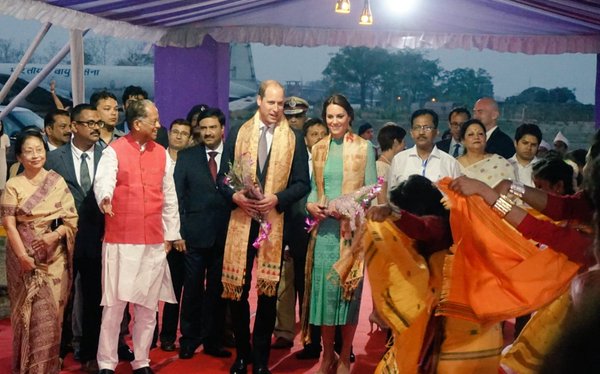 William and Kate were given a welcome when they arrived at Kaziranga National Park in Assam before changing and heading to the campfire celebration.

Bohag Bihu (also called Rongali Bihu) is a festival celebrated to mark the Assamese New Year, the coming of Spring, and the end of harvest season. The Bihu lasts for seven days.

The couple watched dance performances from a groups of dancers and drummers, including a little boy whom William and Kate took a liking to.

“‘They were so happy to see him. They were really watching him,’ said Ranjinee Bhukan, of the British deputy high commission. ‘I’m sure they were remembering their little ones.’

“At the end they sought him out to meet him, and chatted to his dad. ‘You were very energetic,’ William told the little boy. ‘He knows his dancing very well,’ he added.” 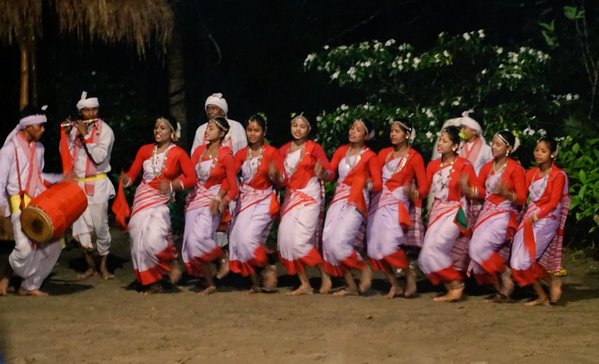 Kate wore another pair of wedges, her Pied-a-Terre Imperias in black that she’s had for several years.

Kate, again, dug out a pair of earrings from her girlfriend days. These gold and green stone earrings date from at least 2006. I like these; they’re cute.

Here are part of Kate’s entourage getting off the plane in Assam. On the left is Rebecca Deacon’s assistant, Sophie Agnew, and on the right is Kate’s PA/stylist, Natasha Archer.

Here are two videos of the Bihu celebration.