Royal Round Up: British bits and bobs, and more baby photos of the Prince of Bhutan

British Royals Kate Middleton King and Queen of Bhutan Prince Harry Prince William
March 7, 2016March 7, 2016 by katemiddletonreview24 Comments on Royal Round Up: British bits and bobs, and more baby photos of the Prince of Bhutan

I honestly thought the Swedish court would release photos of Prince Oscar today, but that hasn’t happened yet. I had nothing planned because I thought we would be getting baby photos, so here’s a very quick round up of some stuff about The Queen, Prince Charles, Princess Diana, Prince William, Duchess Kate, Prince Harry, and the King and Queen of Bhutan.

The Daily Mail is doing a series to mark the Queen’s 90th birthday; they’ve talked to various members of her family, her friends, and courtiers, as well as below-stairs staff who have giving insight into various topics. The first article in the series is about the Queen’s relationship to Princess Diana.

The two bits I thought were the most interesting were about the Queen’s thoughts on William and Harry, and her thoughts on Charles v Andrew:

So basically the Queen has no problems with the way William and Harry act and how much they work, and she cares way more about Andrew than Charles. I’m sure it’s normal for parents to have a “favorite child”, but it must be terrible on the non-favorite child for the parent to be so obvious in their favoritism.

Yesterday was Mothers Day in the UK (the US doesn’t celebrate that holiday until May), and the Clarence House Twitter account released a video of the Queen playing with Prince Charles in 1949 when she was still Princess Elizabeth and he was still an only child. This video is adorable.

Today, we’re sharing this video of The Queen and The Prince of Wales having fun at home in 1949. Happy #MothersDay!https://t.co/U4S33GVkaH

Prince William’s former girlfriend (the one he dated at St. Andrews before meeting Kate), Olivia Hunt, got married over the weekend to Nicholas Wilkinson. Prince Harry attended the wedding, but William and Duchess Kate were no-shows.

A guest said: “Prince Harry was there, along with most of William and Kate’s friends. Their absence was really striking.” [Daily Mail]

The last wedding Kate went to was in November 2014. Last summer, William went to a wedding solo and then the press said Kate disappeared from public and social events because she’d skipped so many of William’s friend’s weddings. I guess now they’re both skipping weddings. 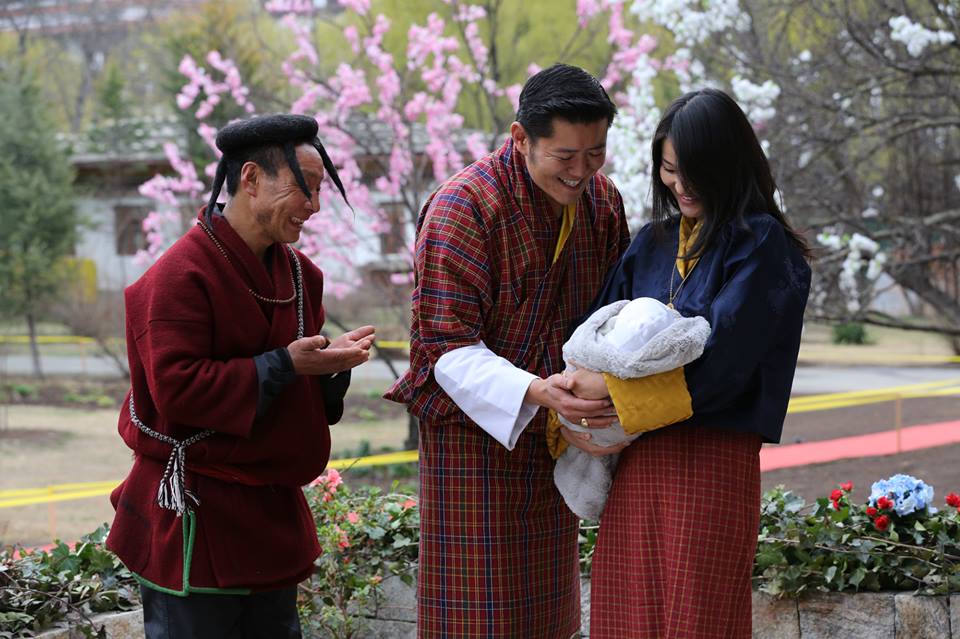 Here are some baby photos even though they aren’t the ones I was hoping for. To mark his first month of life, King Jigme Khesar and Queen Jetsun released more photos of their still unnamed Prince.

The first photo (above) is of the King, Queen, and Prince with 50-year-old Kezang Dorji, who traveled for 3 days to reach Thimphu from his village in Merak to receive an Audience with the King and offer his wishes for the Royal Birth.

The second and third photos are with Her Majesty The Royal Grandmother. 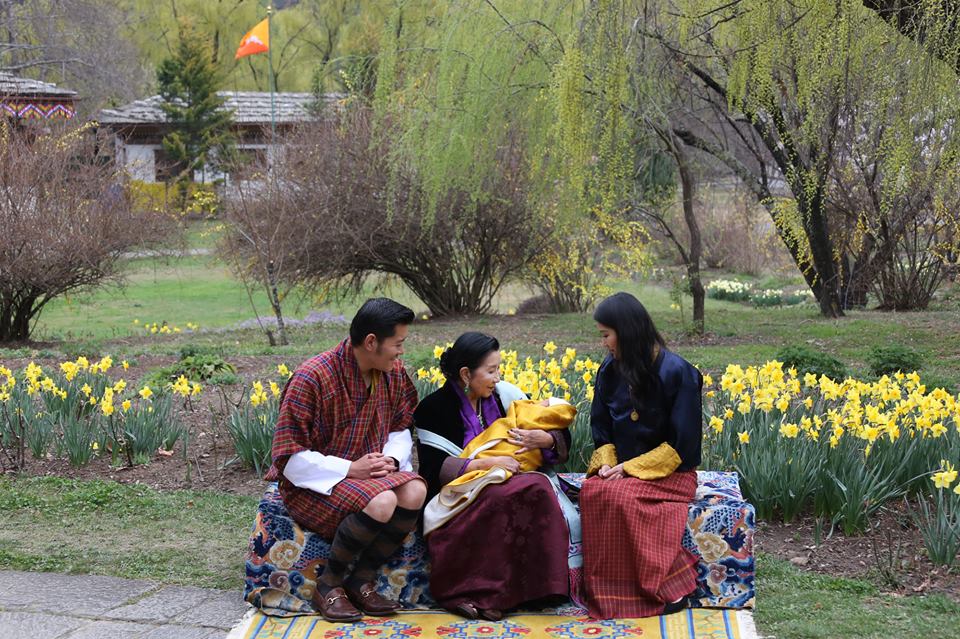 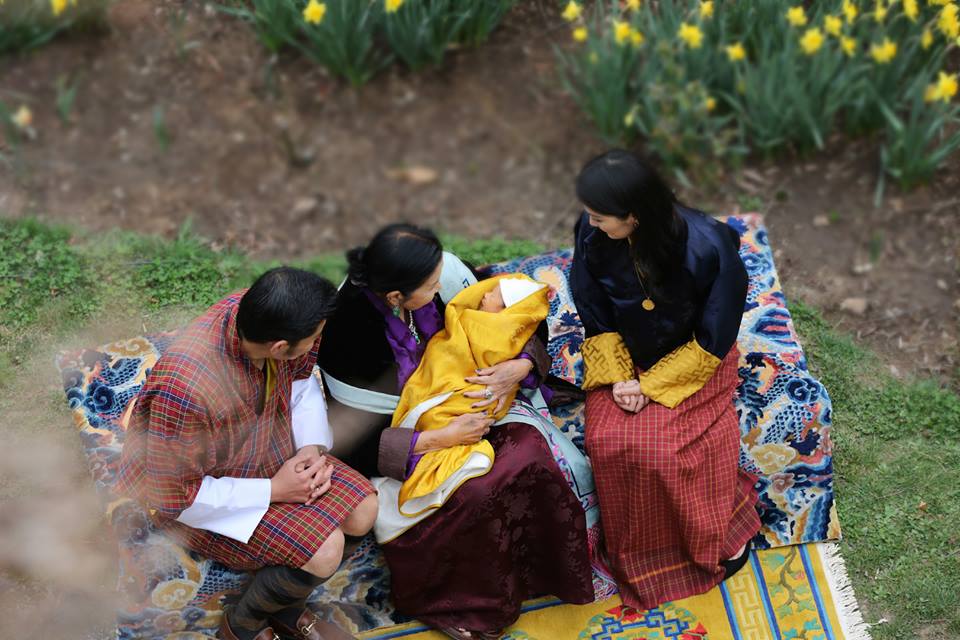 24 thoughts on “Royal Round Up: British bits and bobs, and more baby photos of the Prince of Bhutan”