Dear Kate, The next time you claim your work with X supports your “mental health issues are cause by childhood trauma” thesis, you might want to have actually worked with X first. 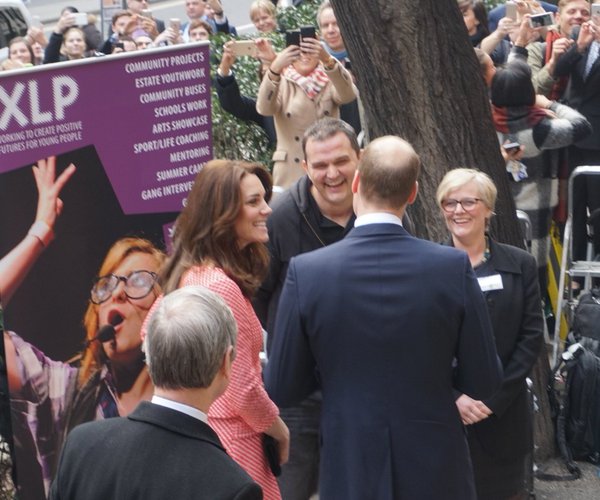 The Duke and Duchess of Cambridge arrived at XLP and met with it’s founder, Patrick Regan, who founded the charity in 1996 in response to a stabbing in a school playground.

XLP is about creating positive futures for young people growing up on deprived inner city estates, struggling daily with issues such as family breakdown, poverty, unemployment, and educational failure, and living in areas that experience high levels of anti-social behavior, criminality, and gang activity. XLP helps over 1,500 young people in 75 schools across London. 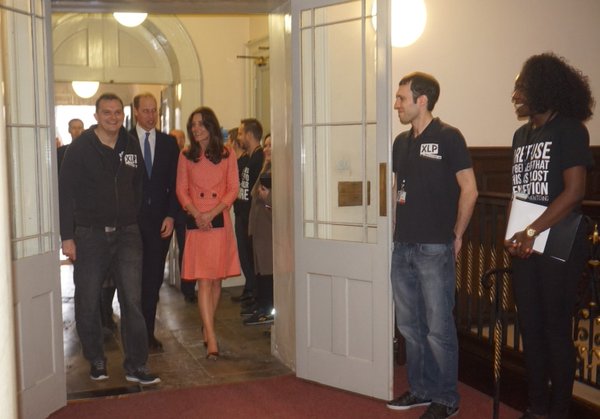 William and Kate nodded while one young woman said she thinks a lot of young people face mental health problems.

BTW, the reason Kate and William are laughing in some of these photos is because the speakers used humor to tell their stories.

As I mentioned, William and Kate watched a short video about XLP’s battle with knife crime – you can watch that video here.

I was confused about Kate’s “knife crimes” comment on Thursday, but I guess this event is what she was referring to. This just proves to me even more that Kate hasn’t learned anything about mental health in the months she’s been working with it, and all she does is spout out pre-written lines. 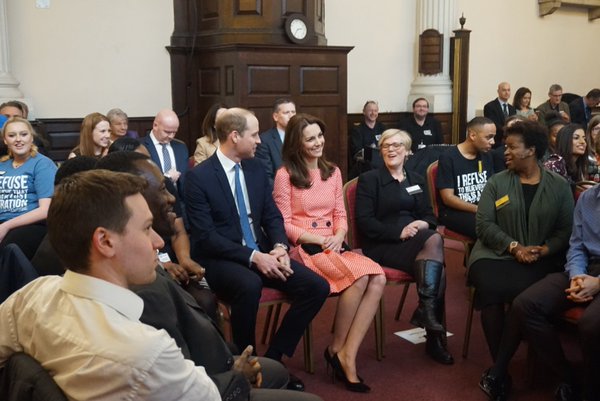 William admitted, during the visit, that he watches the MTV show Pimp My Ride. From the Mirror:

“CEO Patrick Regan said: ‘Have any of you seen the programme Pimp My Ride?’, to which William grinned and raised his hand.

“As the crowd of young people and their mentors laughed, Patrick continued: ‘When I told people the Duke was coming back [to see the work of the charity for a second time] they said ‘Can you get him to rap in the van?’.’

“William looked less sure about this suggestion as wife Kate laughed.”

William also joked that he wanted to take the van home. More from the Mirror:

“Afterwards they were presented with a CD of the song and Patrick told them he hoped to hear it ‘blasting out from Kensington Palace’ to which William joked: ‘Do we get the van? I want the van.’

“The XLP van is a former police riot van that was converted on TV show Pimp My Ride in 2008 into a mobile recording studio. It now travels to schools, pupil referral units and on estates across London using the medium of music and music production to engage with some of the hardest to reach young people.”

William and Kate visited this van in 2015 when they first visited XLP.

Kate chose a new brand for this appearance: Eponine London. Eponine, by designer Jet Shenkman, is a “bespoke womenswear brand inspired by the elegant lines of the Fifties and the unexpected styles of the Sixties.”

Kate wore a skirt and top from the SS16 collection in a red and white checked pattern with pleats and buttons (which we know Kate loves). The suit costs £1200.

Eh, it’s not my taste, but I can see it being Kate’s. I think I just need to come to terms with the fact that Kate and I have different tastes, and leave it at that. 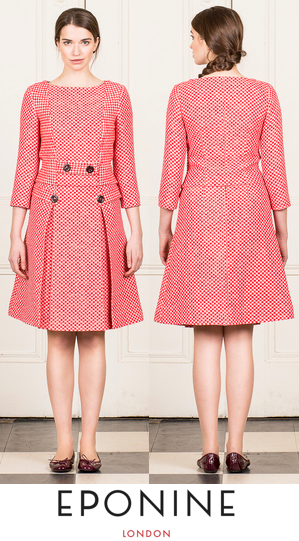 Here’s a video of William and Kate arriving.

PS. On March 18, Kate will visit Holt in Norfolk (which is right near Anmer Hall) to open a new charity shop for EACH. Also, Kate will skip St. Patrick’s Day and handing out shamrocks because of some BS excuse of “they wanted to get away from the expectation she’d do it every year.” Which I don’t understand at all. Handing out shamrocks is one of Kate’s easiest events all year, and an easy way to pad her CC numbers. So why skip it?