Ingrid Seward, former editor of Majesty Magazine and current biographer of the Queen, wrote an opinion piece for the Daily Mail in which she said that Prince William and Kate Middleton are treading down a dangerous path and need a course correction. Then a Kensington Palace spokesman went to the Express to combat the negativity (deservedly) thrown at Kate for her St. Patrick’s Day no-show. 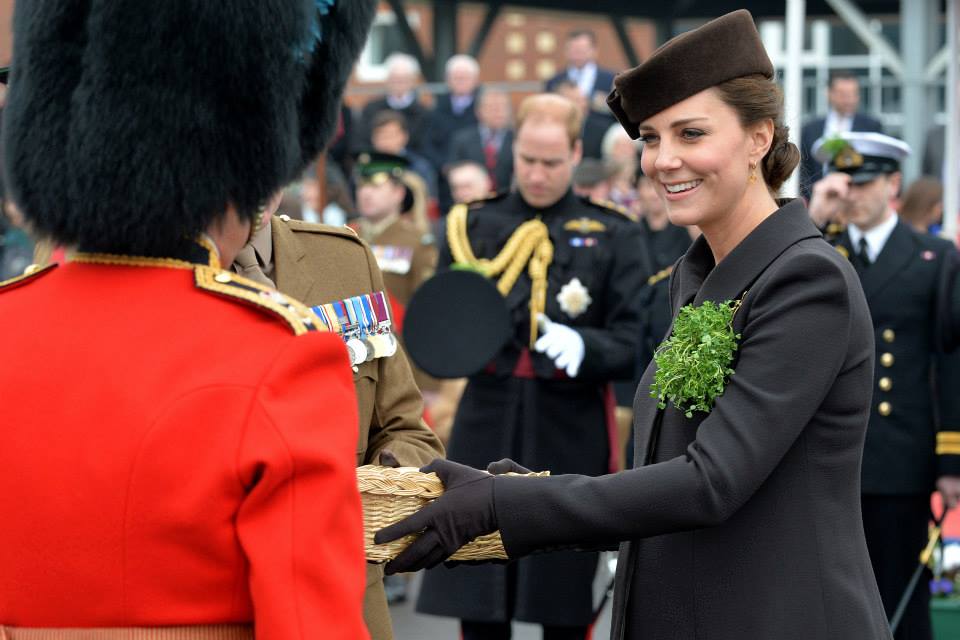 Let’s start with Seward’s piece. For space, I cut out the beginning in which she talks about Kate’s St. Patrick’s Day no-show and how her/KP’s excuse is stupid given that soldiers leave their children for months during operational tours.

“Sadly, for William and Kate, who could do no wrong at the time of their marriage in April 2011, it’s another unnecessary mistake. Last month the Duke failed to show up at the Baftas for the second year running. He is the Academy’s president, so it’s as if the cream of British cinema and a clutch of Hollywood A-listers had been stood up by their host. Again.

“The Duke and Duchess have had their decision to leave London for the safety and privacy of Anmer Hall in Norfolk wholly indulged. Who could criticise Prince William’s insistence that his children are not exposed to the same kind of scrutiny he had as a child. In this he is fully supported by the Queen, his father the Prince of Wales, the British media and the British people.

“Prince William said recently that the growing criticism of himself and his wife ‘came with the territory’. But it doesn’t have to. If he did not appear to be chafing quite so much at his Royal responsibilities and was more accepting of the affection on offer from the millions who will one day be his subjects, he could be forgiven a lot.

“The enormous global popularity of the Duke and Duchess of Cambridge means there could be a contemporary compromise somewhere between the formality and remoteness of a century ago and the temporary madness of the Diana and Fergie years. Prince William seems to be impervious to this idea. Instead he has begun to groom foreign media who give him the same platitudinous message that they give various celebrities. While holding the British press at arm’s length, the younger members of the Royal Family are giving cuddly, banal interviews to favoured publications and American TV networks. Kate recently guest edited US website The Huffington Post, which was a strange choice since the site has previously published unflattering paparazzi pictures of her.

“When William and Kate first married they insisted they didn’t want to be hidden in the ivory tower of royalty. They wanted to be with the people doing what they did, not surrounded by riches and privilege. Now they are doing just that. Of course they will one day be anointed King and Queen, and they will need their people behind them. Courting favour overseas won’t work and nor will ignoring public opinion at home.

“They may have been thrilled by their own cleverness at having a secret four-day ski break in Courchevel earlier this month but where they see an entitlement to privacy, the public see a rich, increasingly spoiled couple growing surprisingly distant. […]

“I have been writing about and observing the Royal Family since the 1980s, and have seen Royal life change substantially as they face the challenge of taking the Monarchy forward into the next century. William with Kate, the first girl with true working-class roots to marry a future king, should be the couple most capable of bringing the Monarchy closer to the people. That’s going to involve some degree of personal sacrifice from them. But a few hours of Kate’s time to present shamrocks is just a small one compared to the ultimate sacrifice which remains a reality for the military men she let down on St Patrick’s Day.”

It really is odd that William and Kate play so much to the foreign media, especially the US media. I know Jason is American but William and Kate do know that the USA is not part of the Commonwealth, right? Or did William and Kate skip history class the time they discussed the American Revolution (which I’m assuming is at least touched upon; I’ve not been through the British school system, so I wouldn’t know)? Diana was hugely popular in the US, but at the end of the day William will be King of the United Kingdom, not the US, so his popularity in the US doesn’t matter at all. In reality, William and Kate should be focusing most of their attention on the British media, and to a lesser extent the media in the various Commonwealth countries. So the play to the US media while stiffing the British media is an odd move. 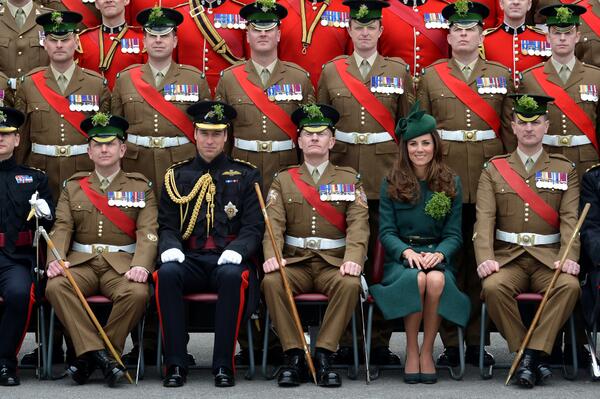 A Kensington Palace spokesman and a “royal insider” took to the Express to defend Kate against the negative criticism she’s received for her St. Patrick’s Day no-show.

“Kensington Palace said the regiment was informed ‘months ago’ that the Duchess would not be going and that it was wrong to suggest that only female royals had historically carried out the annual ritual. […]

“A spokesman said: ‘The Duke is the first ever Royal Colonel of the Irish Guards – the connection is with him. There are plenty of examples where female members of the Royal Family haven’t presented the shamrocks. While the Duchess has accompanied the Duke every year since his appointment in 2012, and will do so again in future, this year she sadly could not make it because she is prioritising time with her children before next month’s tour of India and Bhutan.’

“The trip will be the first time Kate will have left Prince George, two and ten-month-old Princess Charlotte for an extended period. She returned to the family home in Norfolk after carrying out engagements in London on March 10 and 11 and attending Monday’s Commonwealth Service. […]

“A royal insider said the couple would not stop prioritising parenthood even though it sometimes attracts negative headlines:

“‘The have taken the decision to put their children first. Not everyone will agree with it and they completely understand that, but that’s not going to change the way they run their lives. They know they are in the very fortunate position of being able to employ a full-time nanny but Kate is a very hands-on mother. She drives George to nursery herself – they are very modern parents. Family is a non-negotiable to them. There’s some stubbornness about it but that’s the way it is.'”

I have a friend who had a baby five months ago and both she and her husband work full time jobs, so the baby is in daycare during the day. But guess what? They love him to no end, and he loves them. It’s not like he forgets who his parents are just because he’s in daycare for eight hours a day.

And guess what else, family is “non-negotiable” for them also. They love their son. But they also have bills and student loans they’re still paying off so they have to have full time paying jobs.

Working full time doesn’t make them less of parents, and Jason’s framing of this excuse for William and Kate’s laziness and paranoia is insulting.