We all know by now that Kate Middleton‘s pastime is shopping, and it seems Kate is initiating Prince George to the world of shopping early. Photos of George out shopping with Kate have been published in the Australian magazine, Women’s Day. 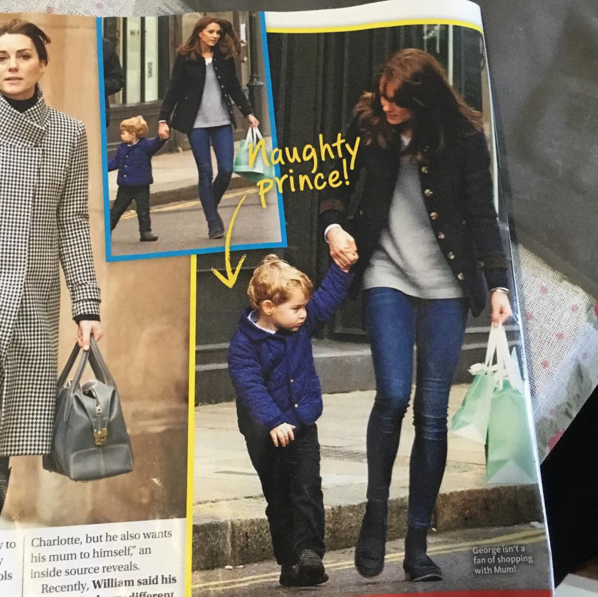 It does not seem like George is thrilled with his shopping excursion. Considering he’s not even three, I don’t blame him. As I’ve mentioned before, I hate shopping even now; having to go shopping with my mom at 2 1/2, brutal.

No idea when the photos were taken as the magazine’s article reportedly does not not mention when they were taken, though it looks like it was sometime after Kate cut her hair in mid-December.

It’s interesting that candid photos of Kate and especially of George are still surfacing around the world. I already knew Kensington Palace’s letter last August didn’t do anything, but, like, it really didn’t do anything. Well, I suppose it did do something. The six months before KP released that letter there had been so many photos of George taken at the park and the beach, etc., and since the letter there have been less photos of him like that (possibly because they are taking him out less?). But they are still happening.

In the photo, Kate is wearing a new pair of shoes which… are better than the Sebagos. The new shoes are the Russell & Bromley “Chester” tassel loafers in navy (£175.00), which I don’t think are cute at all, but I really dislike the Sebagos so I guess these are better?

Kate’s also wearing a new jacket from Katherine Hooker, the “Hendre Jacket” in navy (£675.00). It’s not my favorite jacket or coat on the Katherine Hooker website, but it’s not my least favorite either. I actually think it’s a nice casual jacket – though ridiculously overpriced. 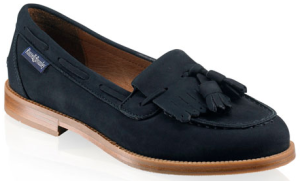 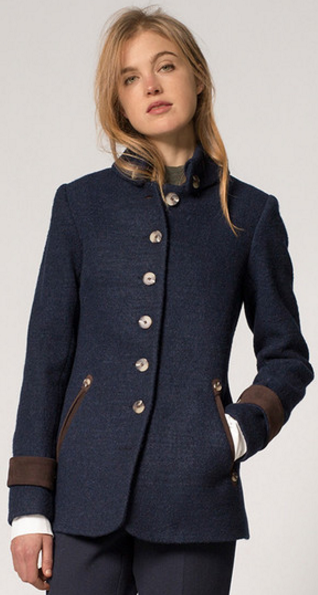 [Thanks to WhatKateWore for the fashion ids]

PS. Again more blue for George. I think I’d die of shock if that kid ever wore green.